Get the app Get the app
Already a member? Please login below for an enhanced experience. Not a member? Join today
News & Media Pilots: Professional Golfer

Flew his Lance to the Masters 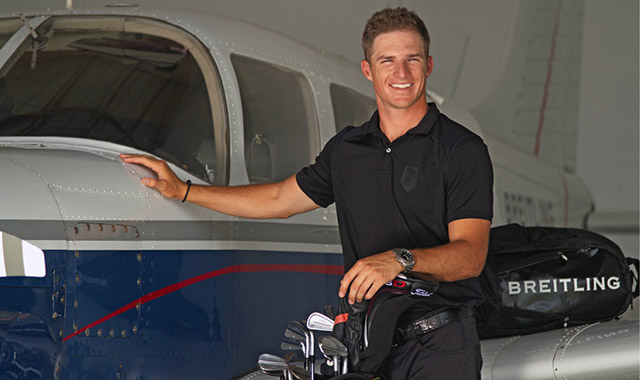 Flew his Lance to the Masters

Aspiring athlete Morgan Hoffmann grew up surrounded by aviation. His dad was a private pilot, his mom was a flight attendant, an uncle flew a Lockheed C–5 Galaxy, and a cousin designed jet aircraft landing gear. So it was no surprise that the teenager with golf on his mind later ended up in the left seat of a Piper Lance, flying himself to competitive professional tournaments along the East Coast.

Hoffmann began his aviation training with ground school classes at his alma mater, Oklahoma State University, and earned his private pilot certificate in December 2014. When Booth purchased a Piper Malibu, he sold the familiar Lance to Hoffmann, who was making his own mark on the Professional Golfers’ Association of America tour.

“This spring I flew my Lance from Jupiter, Florida, up to Augusta, Georgia, twice. First, I flew up alone, just to practice for the 2015 Masters at Augusta National Golf Club. The second time, though, [for the April tournament] I flew up with my caddie. He trusted me because I’m very careful and safe and I don’t want to jeopardize anyone.”

In his first Masters, Hoffmann finished his four rounds tied for twenty-eighth place. “It was the coolest experience of my life,” he said. “I was pretty much smiling all day and trying to soak it all in.”

In each of the past three years Hoffmann posted Top 10 scores in at least two golf tournaments. He plans to fly the Lance to as many tournaments east of the Mississippi River as he can. “I’m a private pilot right now but I’m close to my instrument rating, logging under-the-hood hours. I want to eventually fly jets one day, so I’m going to continue working on my ratings. My next goal is to be certified and ready to fly a Pilatus PC–12,” he said.

Who | PGA’s Morgan Hoffmann, 26
Hours | More than 300
Certificates | Private pilot, instrument student
Favorite aircraft | Currently, a Piper Lance, but Hoffman also has eyes to the future. “A G–V is my dream plane but a Piper M600 is really cool too.”

Extra | Hoffmann has found inspiration in another well-known golfer and aviator: Arnold Palmer. “I got lucky enough to know Arnie over the years and we talked a lot about aviation. You know, he worked up from a Cessna 152 to flying Gulfstream G–Vs. It’s really an inspiration for me to hear that.”