A special section for the turbine owner-pilot 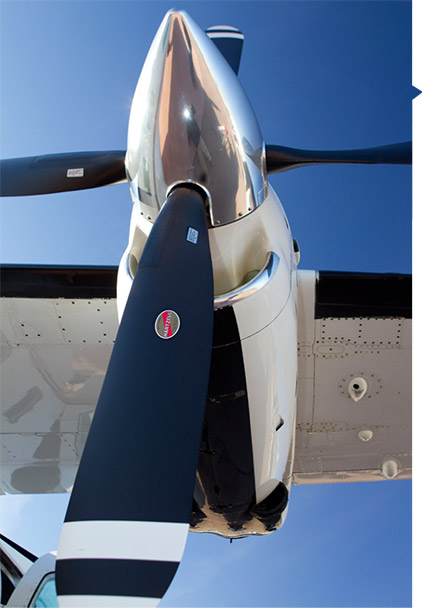 The Mitsubishi MU–2’s TPE-331 engines produce 715 shaft horsepower at the propeller, but the single-shaft engines also get an additional 9-percent boost in power from jet thrust out the exhaust, making for a total of 778 equivalent shaft horsepower.

Where: AOPA’s ramp at the Frederick, Maryland, Municipal Airport

Current conventional wisdom holds that large-cabin, long-range turbine aircraft will remain the linchpins in the world of business jets, and the BRIC nations (Brazil, Russia, India, and China) and emerging economies will experience ever-increasing levels of demand for all types of turbine equipment. Really?

Honeywell’s annual global business aviation outlook toned down its compulsive enthusiasm at the recent National Business Aviation Association convention. Honeywell predicted that sagging demand for new turbine aircraft in the European, African, Asian, and Middle East markets over the next 10 years will drag down the value of total deliveries by 3 to 5 percent from 2014 values. Embraer’s 10-year forecast also spoke of a decline in demand from emerging markets. Dassault Aviation officials said BRIC nations accounted for 50 percent of orders in 2011, but less than 11 percent in 2015. Both Embraer and Dassault said a glut of good used airplanes was preventing sales of new models. The only bright spot? North America.

So let’s look on the bright side. Aviation financial specialist Global Jet Capital asserts that the average age of an American business jet is 16 years. Those airplanes will soon be sold at competitive prices. Sure, used aircraft will always be competing with new models—but for savvy buyers this means better deals than buying new.

And yet, manufacturers continue to churn out new designs. That’s because they know that new technologies generate demand. Take fly-by-wire. Of the 11 new mid-size and large business jets now in the works, nine will have fly-by-wire flight controls. While some still question turning flight controls over to computers, there’s a growing acceptance, and a trend is setting in. It’s one we’ll be examining in future issues of Turbine Pilot.