Get the app Get the app
AOPA will be closed July 4th, in observance of the Independence Day holiday. We will reopen at 8:30 am ET on Tuesday, July 5.
News & Media Science Channel show to feature Piper Aircraft 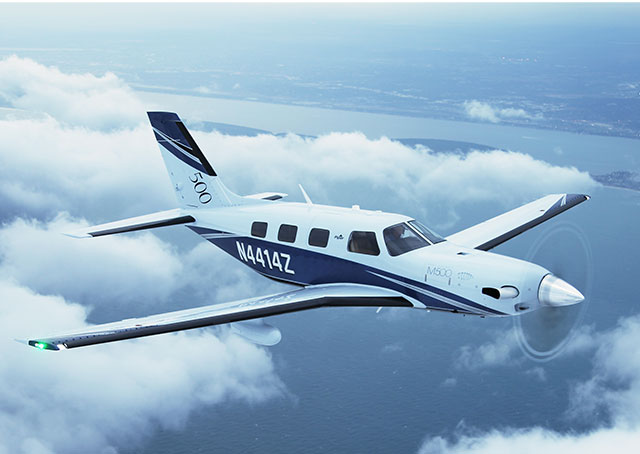 Piper Aircraft and its M500 single-engine turboprop will be featured in a segment of the Science Channel’s How It’s Made documentary series Dec. 17 at 9 p.m. Eastern Standard Time.

The segment will present stages of the handcrafted manufacturing process of an original M500 from initial fuselage construction to application of the final paint scheme.

The show, airing on the digital and satellite Science Channel, a network owned by Discovery Communications, will give Vero Beach, Florida-based Piper, “twice the regularly scheduled length of time” to tell the manufacturing story, Piper said in an announcement of the air date.

In January the Science Channel began filming at the Piper Aircraft factory, capturing various stages of production of the high-performance aircraft that is a member of the company’s M-Class series. The aircraft family also includes the M600, the M350, and the Matrix.

The M-Class line was “created to maximize the business and the private travel experience,” with “performance, efficiency, and simplicity with industry leading value,” Piper said.

“Piper is pleased to be featured as a prominent segment on ‘How It’s Made,’” said Simon Caldecott, Piper Aircraft president. “We are proud to represent the future of aviation with high quality, versatile products that embody exceptional performance and enduring value.”

How It’s Made “is broadcast in 180 countries, offering a behind-the-scenes glimpse into the fabrication of various products from everyday objects to industrial items and manufacturing marvels,” Piper noted.

Dan Namowitz has been writing for AOPA in a variety of capacities since 1991. He has been a flight instructor since 1990 and is a 35-year AOPA member.
Go to Dan Namowitz's Profile
Topics: Movies and Television, Turbine Aircraft, Aviation Industry