Get the app Get the app
AOPA will be closed July 4th, in observance of the Independence Day holiday. We will reopen at 8:30 am ET on Tuesday, July 5.
News & Media Mooney M10T trainer makes first flight 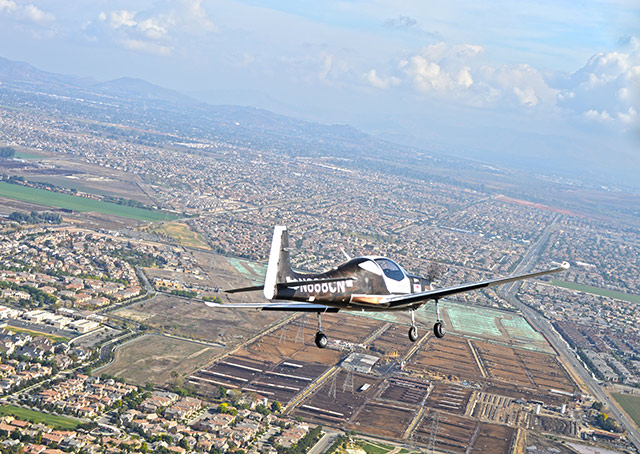 The Mooney International trainer M10T, aimed at the international market and announced in 2014, has made a first 15-minute flight at Chino, California, where it was built. Certification is not expected for several years.

The flight was made by test pilot Len Fox, who also made the first flight in recent weeks of the restored Windecker Eagle in Statesville, North Carolina.

The aircraft flew Dec. 23. The aircraft is considered a proof-of-concept airplane and was announced one year ago at the Zhuhai Airshow in China. The company is led by California aerospace engineer Jerry Chen and funded by resources in China.

“The flight was a tremendous milestone for the M10 program,” Chen said. “Our team of engineers have been working very hard to reach this day, and we are excited to have achieved this milestone in 2015, just one year after announcing the M10 program at Zhuhai Airshow in China.”

The aircraft is powered by a Continental diesel CD-135 engine, the same engine that powers a Cessna 172 refurbished by Premier Aircraft Sales in Fort Lauderdale, Florida. The M10T was reported by AOPA in November 2014. It is a composite, fixed-gear aircraft. It is a three-seat aircraft announced as having the Garmin G1000 avionics suite and a single-lever engine control like a jet. While it has a piston engine, it uses Jet-A fuel. The aircraft will cruise at 160 knots true airspeed at cruise power, according to the company. Like Cirrus aircraft, it has a sidestick control device.

In 2014, the company said the aircraft will be certified in 2017. The latest release indicates certification will occur “…in the next few years.”