Get the app Get the app
Already a member? Please login below for an enhanced experience. Not a member? Join today
News & Media Astronauts wanted 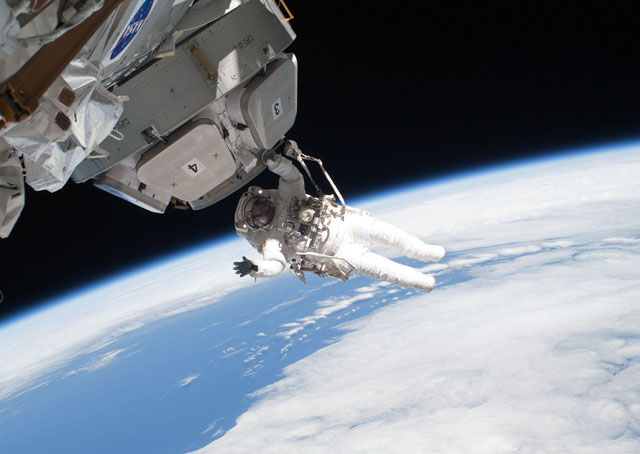 Astronaut Nicholas Patrick participates in the STS-130 mission's third and final spacewalk as construction and maintenance continue on the International Space Station. During the spacewalk, Patrick and astronaut Robert Behnken completed all of their planned tasks, removing insulation blankets and launch restraint bolts from each of the Cupola's seven windows. NASA photo, 2010.

There’s a job opening in Houston that a pilot with particular qualities might want to explore: NASA is hiring astronauts for future missions that range from low orbit to Mars. Applications are being accepted online through Feb. 18, 2016.

Many readers will not continue beyond the previous sentence, having already begun filling out that application, but here’s the rest of the story for those who return after submitting, and for the rest of you.

“Today, more new human spacecraft are in development in the United States … than at any time in history, and future Astronaut Candidates will have the opportunity to explore farther in space than humans have ever been,” NASA notes in its online job summary. NASA is developing its own deep space capability, and has helped private companies prepare to handle much of the other sorts of space work, such as deliveries to and collections from the International Space Station. NASA astronauts may be assigned to any of these missions.

Orion, on the other hand, is being developed with far more distant goals in mind, including Mars. NASA is also working on the Space Launch System, the “most powerful rocket we’ve ever built,” to launch Orion deep into the solar system.

Successful candidates will join the current corps of spacefarers and prepare to carry on a tradition that began when a class of seven was chosen to become America’s first citizens in space.

The current positions are open to U.S. citizens who pass a background investigation, drug screening, and pre-employment medical, and provide a financial disclosure statement. Other requirements include travel (NASA astronauts train to crew both the International Space Station and Russia’s Soyuz spacecraft in addition to the coming NASA ships), and astronauts also represent both the space agency and the country as role models and educators.

The posted salary range is $66,026 to $144,566 annually. A bachelor’s degree in engineering, biology, physics, computer science, or math is also among the requirements, along with at least three years of “related, progressively responsive, professional experience obtained after degree completion OR at least 1,000 hours pilot-in-command time in jet aircraft.”

You may now begin polishing your résumé.