Get the app Get the app
AOPA Members DO more LEARN more SAVE more - Get MORE out of being a pilot - CLICK HERE
News & Media Training Tip: Headed home heavy 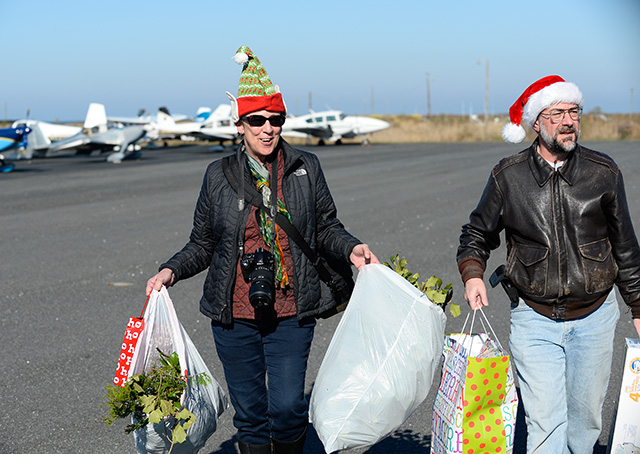 Unlike Santa’s sleigh, many aircraft will be heading home from holiday travels more heavily loaded than when they set out, putting into focus the need for pilots to ensure that the aircraft is neither overweight nor loaded beyond center-of-gravity (CG) limits.

Figuring out a heavier- or bulkier-than-usual loading scheme raises questions beyond simple determination of whether the aircraft’s loading is within those limits. What if weight is acceptable but the CG position isn’t? How much weight must be transferred from a rear baggage compartment to the forward bin to bring an out-of-limits CG back to a safe position? Can you rearrange your carefully loaded baggage—perhaps to make a certain suitcase accessible—without placing the CG out of bounds?

Fortunately, standardized calculations help a pilot answer these questions, using the specific weight-and-balance data for the aircraft being flown. If a review is in order, or if you want to work a few theoretical problems using weight-and-balance numbers for your training aircraft, see Chapter 9 of the Pilot’s Handbook of Aeronautical Knowledge.

Not every solution requires the tedious calculations that go into adding up the total weights and moments of persons, packages, and fuel that will be aboard. For example, if a suitcase must be repositioned to the aft compartment, total weight will remain unchanged; only total moments increase as the object is repositioned from its previous station to the aft station (with its longer “arm”). Divide the new total moment by the aircraft’s total weight to find the new CG position.

Another method of solving this kind of problem uses a proportional calculation. “This can be done because the CG will shift a distance that is proportional to the distance the weight is shifted,” the chapter explains on page 9-11.

What happens to the CG position, and the aircraft’s stability and controllability, when the fuel load is being consumed, reducing total weight and total moment? Small aircraft typically have fuel tanks located near the CG, minimizing any change—but it pays to calculate the center of gravity’s likely location for the flight’s end.

What about the lateral CG? This is not computed in all aircraft. However, a lateral imbalance, exerting itself as an inefficient, draggy, “wing heavy” condition, could arise from poor fuel-load management in an aircraft that allows the pilot to select specific tanks from which to supply fuel to the engine.