Get the app Get the app
AOPA Members DO more LEARN more SAVE more - Get MORE out of being a pilot - CLICK HERE
News & Media Pilot Briefing: 2015 Sweepstakes

The canary yellow AOPA Reimagined 152 looked right at home on the ramp at the 2015 Light Sport Aviation Expo, but FAA rules needlessly set it apart. 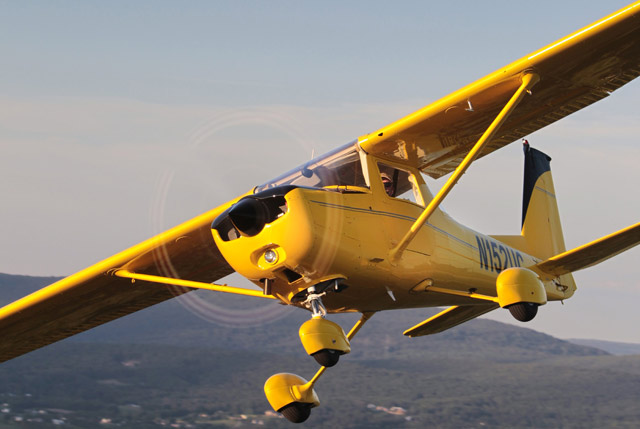 The canary yellow AOPA Reimagined 152 looked right at home on the ramp at the 2015 Light Sport Aviation Expo, but FAA rules needlessly set it apart.

The fact that it requires an FAA medical certificate to fly the Reimagined 152 highlights the folly of the current regulations. The tough, proven, better-than-new trainer is ready to go to work shaping the next generation of general aviation pilots. But it’s going to require a successful conclusion to the joint AOPA/EAA third class medical reform effort to put the remanufactured 152 on a level playing field with Light Sport aircraft weighing less than the “magic” 1,340 pound limit.

“It’s a travesty that the Cessna 150 and 152 require a medical certificate and the others don’t,” said Larry Bowers, a retired flight instructor from Ohio with experience in many Light Sport and FAA-certified aircraft. “The 150 and 152 are some of the best trainers ever made. And this one shows they’ve got a lot of life left in them.”

Getting the Reimagined 152 to Sebring required all of its modern tools, such as a Garmin Aera 560 with XM Weather and a Garmin Pilot iPad app. The weather was gorgeous from AOPA’s home base in Frederick, Maryland, all the way through the Carolinas. But the skies turned gray over the Georgia coast and ceilings dropped close to VFR minimums throughout northern Florida.

Both XM and FIS-B weather showed that conditions improved to the south, however, and those reports were accurate. The weather at Sebring was severe clear when the Reimagined 152 touched down after a marathon 850-nm flight with a pair of fuel stops—at Burlington, North Carolina, and Gainesville, Florida.

The Reimagined 152 is an efficient flier, and even though it isn’t made with the cross-country mission in mind, it performs well in that area. At an altitude of 3,500 feet, the airplane flies 105 mph IAS at 2,400 rpm while consuming 6.2 gph of avgas. It does even better at higher altitudes, but the airplane stayed relatively low on this trip to dodge a stiff winter headwind.

The Reimagined 152 draws on both time-honored techniques as well as some more modern ones. In the old-school department, fuel consumption and engine management are done per the laminated pages of the 1978 pilot operating handbook. Set the engine rpm at 2,400 in level flight and lean the mixture until it starts running rough. Enrich a little so that it runs smooth again, and you’ve set cruise power. Crosscheck the indicated airspeed and the POH to estimate your fuel burn at any selected altitude. There’s no EGT gauge or multi-cylinder CHT display, or fuel computer, but the POH calculations are impressively accurate.

New technology—such as the GDL 39 ADS-B receiver—also offers some new capabilities. In addition to weather, the GDL 39 shows traffic on an iPad. And if you ever tire of the analog instruments on the panel, the GDL 39 can display GPS-based synthetic vision on the iPad. The Garmin Pilot app also has a wealth of information about airports, including fuel prices and availability.

On the subject of fuel, the disco-era fuel gauges in the Reimagined 152, like virtually all its brethren, are utterly worthless. Another of the FAA’s cruel jokes on general aviation is that these notoriously, almost universally inaccurate fuel gauges are “approved,” while far more accurate fuel computers and graphical engine monitors aren’t.

The Reimagined 152 labored without complaint during its all-day flight to Sebring, and when it got there it was pressed into another kind of service. AOPA’s Jamie Beckett, a CFI and A&P mechanic who lives in Winter Haven, Florida, received a single “get-reacquainted” flight before giving the first of what certainly will be many flight demos to aviation writers and others at the show.

“I’m really looking forward to opening up the world of flight to more and more people,” said Beckett, who used to teach in 150s and 152s in the Northeast before moving to Florida more than 20 years ago. “It’s really the perfect tool for the job.”

Beckett flew the airplane at its max gross weight to see how it performed under less-than-ideal conditions, and he said he came away impressed.

“It looks like a show plane, but it’s still a workhorse at heart,” he said. “It’s made for the rigors of the flight training environment, and it doesn’t shy away from that demanding job.”

Like other pilots who learned to fly in scuffed and grimy 150s and 152s that seldom occupied the inside of a hangar, Beckett said the Reimagined 152’s new car smell took him a bit by surprise—as did the high quality of the finished product.

“I expected it to be a nice airplane,” he said. “But the craftsmen [at Aviat Aircraft] who remanufactured this airplane have outdone themselves. I didn’t know it was possible for any 152 to be this nice.”