Get the app Get the app
AOPA Members DO more LEARN more SAVE more - Get MORE out of being a pilot - CLICK HERE
News & Media Pilots: B-17 Pilot

Last year was the seventieth anniversary of the Women’s Airforce Service Pilots (WASP) and their final reunion at the old home base in Sweetwater, Texas—Avenger Field, or Sweetwater Airport. 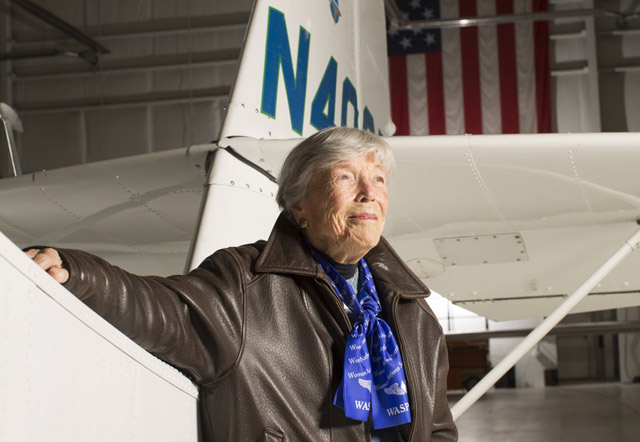 ‘I wanted to help win the war’

Last year was the seventieth anniversary of the Women’s Airforce Service Pilots (WASP) and their final reunion at the old home base in Sweetwater, Texas—Avenger Field, or Sweetwater Airport. The 17 or so who remain, including Dawn Seymour, visited the National WASP World War II Museum and caught up with one another.

WASP is the civilian unit the U.S. government started in 1939 to train women to fly, and free up male pilots for combat. On the home front, WASPs flew 60 million miles from 120 bases, testing aircraft fresh off the assembly line, transporting cargo, towing gunnery targets. Of 25,000 women who applied, 1,900 were accepted, 1,078 received their civilian licenses, and 38 died.

In 1939, Seymour was a student at Cornell University in Ithaca, New York. “I wanted to help win the war,” she says “They gave us physicals, and I was lucky enough to be healthy and have good eyes. They took one woman out of 10.”

That year she took her first-ever flight in a Cub, instructed by a World War I veteran, and soloed in a few hours. She received orders to cross the Alleghenies to fly the Boeing B–17 Flying Fortress. It was a long course that started in the winter of 1943, with WASPs flying the big bomber night, day, and cross-country; on four engines, three, two, and one. The bomber could be a test of strength, so the women squeezed tennis balls to build up muscles in their arms and hands, and learned to slam down on one rudder pedal and pull up the other pedal with their other foot when an engine quit. Seymour and 12 others qualified as left-seat pilots right after Christmas, getting their instrument tickets the same day.

“It was a serious training course,” she says. “We, the 13 who graduated from this course, received about 200 hours of B–17 time. It was such a cold winter, and we found it exciting and learned to land on snow-packed runways.”

As a full-fledged B-17 pilot, Seymour was sent to Buckingham Army Air Field in Fort Myers, Florida, to teach soon-to-be gunners to fire their .50 caliber machine guns from one moving target at another.

Deemed superfluous following the invasion of Europe, the WASP were disbanded. Dawn married A. Morton Seymour Jr., also a pilot; they bought a Cessna 172. And more than 70 years after she learned to fly, she’s a member of The Old Old Age Club. “I still fly if the boys let me,” she says. 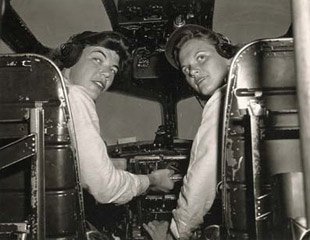 In picture (right): Dawn Rochow Balden Seymour and Francis Green Kari in a B–17 cockpit.

Extra | “I had 29 hours as the co-pilot of the B–26. That was a hot airplane. You came over the end of the runway and chopped the throttles and it dropped like a rock and ended up right on the numbers.”