Get the app Get the app
Already a member? Please login below for an enhanced experience. Not a member? Join today
News & Media Turbine Profile: The business of aviation

Turbine Profile: The business of aviation

Life’s on a wing for media mogul Bob Pittman

With only a nanosecond of hesitation, Bob Pittman declares the Falcon 900 his favorite airplane. 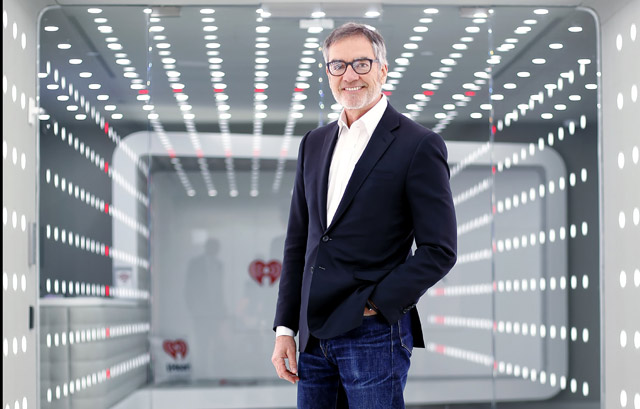 With only a nanosecond of hesitation, Bob Pittman declares the Falcon 900 his favorite airplane. Having owned numerous business jets, helicopters, and piston airplanes over the decades, he has enough perspective to know what he likes. Plus, he’s piloted one of his 900Bs to 60 countries on six continents. Only Antarctica remains for the media mogul who routinely shows up on Forbes’ highest-paid CEOs list—and many other lists as well.

The adventurer, philanthropist, and machine-loving executive has plied the planet in the left seat of many business aircraft while amassing the wealth and influence that comes with leading some of the world’s largest media companies: AOL, Time Warner, Clear Channel Communications—now iHeartMedia. One of the founders of MTV, he has held top-level positions at such well-known companies as Century 21 and Six Flags amusement parks. He helped launch such household brands as Nick at Nite for Nickelodeon and VH1 for Viacom Media’s MTV Networks.

Given his penchant for aviation, it’s not a surprise that his investment company is named Pilot Group. Founded with a pilot partner, the company invested heavily in the Internet and other technology companies in the early 2000s. The walls of its offices are lined only with airplane photos. “From Tri-Motors to the space shuttle,” Pittman says from across the conference table in the austerely chic Manhattan office complex of iHeart Media, where he is the chairman and CEO.

Despite all the trappings, the mover and shaker remembers from whence he came and quickly gives credit where it is due. “Flying has changed my life. I wouldn’t have enough money for a Falcon 900 had I not been interested in learning to fly.”

A flight in an Ercoupe as a fifth grader turned on a passion for flight that has never lessened. The aviation spark was flamed by his grandfather. “When I visited him he would take me to the airport and let me crawl all over the airplanes. It’s interesting that he fed that interest in airplanes, but he was scared to death of airplanes. He never got in an airplane in his life.”

As a teenager Pittman wanted to learn to fly, but money was a problem. “My parents said, ‘Well, then, you better get a job.’” Most of the business owners in the small town of Brookhaven, Mississippi, outside Jackson, thought the 15-year-old too young, including those overseeing the best-paying job in town for teenagers—bagging groceries at the Piggly Wiggly. He wandered into the local radio station. “Read this wire copy,” Pittman recalls the station manager ordering. “‘OK, you’re hired,’ and that began my career—but again, only because I needed the money to take flying lessons.”

He earned his private pilot certificate in 1969, having transitioned for the checkride from a Cessna 150 to a 172. He also developed a knack for successfully programming radio stations. He moved from rural Mississippi to Pittsburgh and then on to New York. At age 23 he was running programming for WNBC-AM, one of the most influential stations in the nation at the time.

Upon arriving in New York and with only 120 flight hours, a nonpilot talked him into partnering in a Cessna 310. Pittman earned a multiengine rating before getting his commercial and instrument credentials. Today, 6,000 hours later, he holds an airline transport pilot certificate.

With a young family, recreational flying was mostly not an option, but he used airplanes routinely for business travel, from a Piper Cherokee and Bonanza A36 through a couple of Cessna 340s and then into turboprops, including a Piper Cheyenne II and Cheyenne 400. His upward aviation migration tracked with his career. He soon was flying a Westwind I and later a Westwind II. He graduated to a Falcon 20 and then a Falcon 900B that he flew to 60 countries. He and two other partners own an Augusta A109 helicopter; Pittman previously owned several Robinson helicopters. His current Falcon 900EX gives him the extra range he needs for some of his globetrotting legs.

“For me it’s the great way to see the world personally, and for business it’s a game changer. I can go to the West Coast for a meeting in a day or to a meeting in London and come home. In a job like this one, the most precious commodity is time. The airplane does two things for me. Personally, it enables my life—I want to see the world. I want to meet people. I want to see things I’ve never seen before. And on a business level it allows me to compress time. On the airplane, it’s always a meeting. This is not a fun flight with me. We’ve got the Internet, we’ve got WiFi, so we’re going at it.”

Although he uses much of his time in the Falcon for meetings, he generally flies the first and last hours of the trip. He trains annually at FlightSafety International and continually reads aviation journals and talks safety with other pilots, including the two he uses for the Falcon.

Pittman has a reputation for loving machines, especially motorcycles and airplanes. “I like machines that go fast and that are fun to drive or fly. I like machines, not animals. I’m not a horse guy. I’m machine guy.” Of course, there is a little history left unspoken. Pittman has a glass eye, thanks to being kicked in the head by a horse as a child. He has had to jump through his share of FAA medical hoops for monocular vision.

“When flying cross-country, I look below and it’s interesting that the car made what was a day on a horse, an hour. And the airplane makes what’s a day in a car, an hour. When you think about those increments of progress, you realize how far you can go.”

This philosophical perspective on life is in sync with his eclectic interests. He owns a four-percent stake in the New York Mets baseball team, and serves on the boards of the New York City Ballet and the Rock and Roll Hall of Fame Foundation—as well as the Robin Hood Foundation, which fights poverty in New York City. He’s a regular at the Burning Man arts festival that sprouts in the Nevada desert each year. “I like out-of-the-ordinary things. I go to anything that stimulates my thinking and creativity.”

Business aviation makes such an active lifestyle possible for him, and he encourages others to try it. “Anyone who finds they can afford an airplane economically and they are currently out of time ought to get an airplane, because an airplane changes the way you do business. And every business you are in—whether serving customers, meeting consumers, brainstorming with partners—the more of that you can do, the better your business will be, and having an airplane allows you to do more of that—more of everything.” 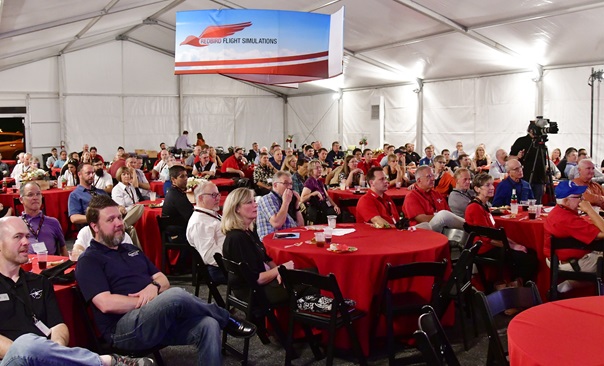