Get the app Get the app
AOPA Members DO more LEARN more SAVE more - Get MORE out of being a pilot - CLICK HERE
News & Media Training Tip: Lean mixture, hot engine? 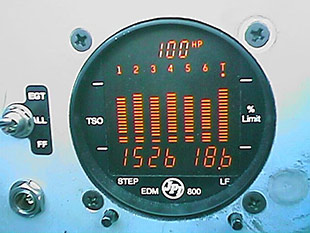 Just as a pilot prepares to exit the ramp for departure on Runway 33, a short distance down the parallel taxiway, the tower advises the local traffic that Runway 15 is now the active runway. The pilot is instructed to taxi to Runway 15—more than a mile away—for a full-length departure.

Not an uncommon scenario, but one that presents the pilot with a number of decisions. An important one is engine management.

In winter there’s little risk of the engine overheating from lack of airflow through the cowling during taxi. But fouled spark plugs are possible with a low throttle setting and a rich mixture (as would be the case for taxi and takeoff at a low-elevation airport).

“During a long taxi or a lengthy wait for takeoff clearance, you can lean the engine aggressively without the risk of damage,” explains the Air Safety Institute’s Engine Operations Safety Advisor. “Leaning on the ground helps prevent spark plug fouling. Just don’t forget to enrich the mixture before takeoff.”

Leaning the fuel-air mixture is a normal consideration after the flight becomes airborne—even for short hops and local training, as discussed in the Feb. 9 “Training Tip: Leaning toward a decision.” But the pilot must avoid leaning so much that the engine overheats.

“Without CHT-EGT we cannot be absolutely sure that the leaning increase in rpm did not put us over limits,” commented check airman Phil Pirrotta in an email. Thanks to him for sharing his experience on this important topic.