Get the app Get the app
AOPA Members DO more LEARN more SAVE more - Get MORE out of being a pilot - CLICK HERE
News & Media Fly like a fighter: Double trouble

I was the wingman on a two-ship F-15 training sortie where we were practicing dogfighting. On the second engagement, I started on the offensive behind my flight lead. After some maneuvering, I was able to take a missile shot at him, then he started a wing rock (our comm-out signal for a rejoin, which also meant knock it off).

In all the excitement of the fight, I thought I might have missed his radio call for the knock-it-off, so I called for a knock it off. When I keyed the microphone, I didn’t hear a sidetone. I then tried my No. 2 radio and didn’t hear a sidetone with it either. I initially kept my distance and checked all of my wiring connections. Everything was connected. I tuned each radio to ATIS to see if I could hear anything. Nothing. I was definitely NORDO (no radio).

I rejoined on my lead then gave him the NORDO signal—waving my open hand first over my ear then over my mask (microphone). He responded with a head nod (“I understand”), then a closed fist, then he held one finger up in the top of his canopy.

The closed fist is a preparatory signal for a NORDO situation with an additional emergency using the acronym HEFOE. The number of fingers corresponds to, in order, a hydraulic, electrical, fuel, oxygen, or engine problem.  I knew he had a hydraulic problem. He then pointed to his ear then mask then gave me an “OK” signal. I now knew that his radios were fine, but I didn’t know what type of hydraulic emergency he had.

The F-15 has multiple and redundant hydraulic systems so a single failure is normally not an issue. The worst-case scenario would be a “Utility A” failure, which necessitates alternate gear lowering, emergency (backup) brake actuation, and no nosewheel steering. In this case we would use the tailhook to arrest on the approach end cable. I did not know it at the time, but my flight lead had Utility A failure.

Out of habit we did a battle damage check on each other. I looked over the top, bottom, left, and right of his jet—and saw red hydraulic fluid all over the belly of his jet. Without a radio, all I could do was give him a thumbs down so he at least knew I could see something not quite right.  We had already turned toward home, where he kept me in loose formation. Knowing I would need it on final approach, I pulled out my inflight guide emergency pink pages to review the tower light gun signals.

I wasn’t sure how easy it would be to see the light gun from the tower, but inside a mile and a half it was obvious—a bright steady green light.  I was cleared to land. I rolled all the way to the end and cleared the runway in time to see my flight lead throwing a few sparks from his tailhook on the runway as he successfully engaged the arresting cable. Turning my attention back to the tower, the flashing green light was my clearance to taxi to parking.

To this day, I still carry a U.S. Air Force inflight guide with its pink pages covering other emergencies and the tower light gun signals. You, too, can print your own copy from this link and include it in your flight bag. If you ever wondered what the light looks like from your airplane, just ask your local tower to show you sometime when the pattern is quiet. Most of them will be happy to oblige.

Larry Brown of Colorado Springs, Colo., is a retired Air Force F-15 pilot who is using the lessons he learned as a fighter pilot as a GA pilot in his Cessna P210. Brown, who has 2,900 hours total time during his 35 years of flying, also was an instructor pilot and flight examiner in the Air Force T-38 and instructor pilot in the T-52, the military’s version of GA’s Diamond DA40. See previous installments of “Fly like a fighter.”

Larry Brown of Denton, Texas, is a retired U.S. Air Force F-15 pilot who is using the lessons he learned as a fighter pilot as a GA pilot in his Cessna P210. Brown, who has more than 3,000 hours total time during his 35 years of flying, also was an instructor pilot and flight examiner in the Air Force T-38 and instructor pilot in the T-52, the military’s version of GA’s Diamond DA40.
Go to Larry Brown's Profile
Topics: Communication, Emergency, Training and Safety 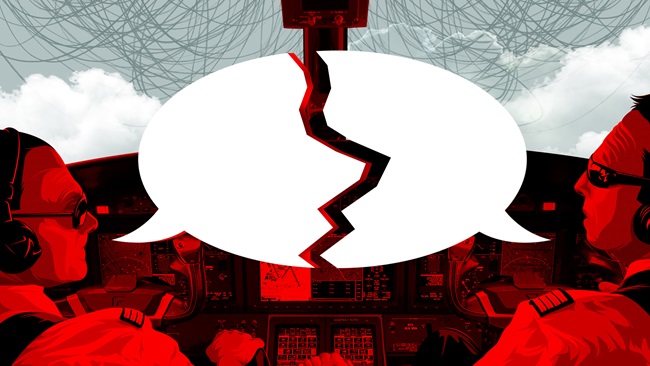