Get the app Get the app
Already a member? Please login below for an enhanced experience. Not a member? Join today
News & Media Pilot Briefing: Budget Buy

One owner said he loves his Cessna 170B because it is “dirt simple,” meaning simple not only to fly, but simple to maintain. 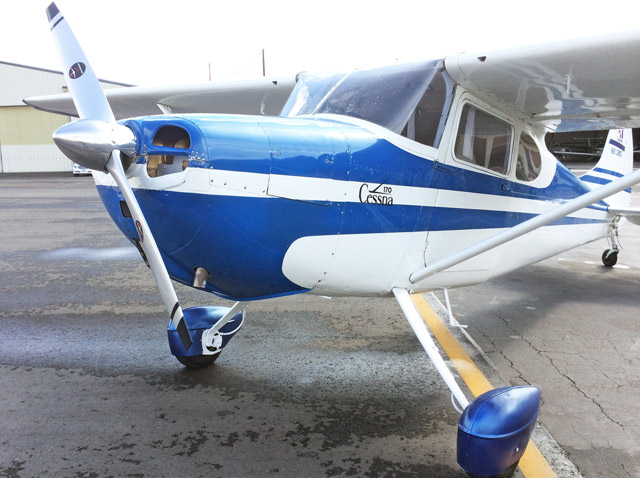 One owner said he loves his Cessna 170B because it is “dirt simple,” meaning simple not only to fly, but simple to maintain. In its long history, the Cessna 170, 170A, and 170B had few airworthiness directives. While stock models may be as slow as a Cessna 152, there are models with upgraded engines that will outrun a Cessna 172. I personally checked out in a rental 170B a few years ago and observed that if you have the approach speed exactly right as you enter ground effect, the airplane nearly lands itself. You won’t need exceptional tailwheel piloting skills—until the crosswind blows, of course. If you are hauling 55 gallon drums of whale oil, get the Cessna 180.

Richard Pulley is the current president of The International Cessna 170 Association and operates his 170B between Fredericksburg, Texas, and Alaska. There are lots of 170B aircraft in Alaska where, thanks to their larger flaps than earlier models, they operate as bush planes. Some of those have the Continental IO-360 engine, meaning better takeoff performance and a cruise speed of 125 knots true airspeed.

Most will have the Continental C–145 or similar Continental O-300 engine, giving a cruise speed of 110 knots true airspeed. The aircraft will carry four adults but if there is a lot of gear to transport, you have a two-person airplane, Pulley said.

Pulley said you can get into the 170B world for between $30,000 and $50,000 and have a “really nice” airplane. Before purchase, have an annual inspection done by someone who knows the 170B, with an agreement that the seller will pay for repairs.

Pulley said he never calculated a per-hour operating cost because he is having too much fun flying it, but another pilot estimated $99 an hour.

Vref, the AOPA partner offering aircraft value estimates, suggests a base price for the 145-horsepower 1956 Cessna 170B, the latest year the aircraft was made, of $30,000. If the aircraft has been converted to a 180-horsepower engine, the base price is $35,000. Avionics are extra.

How many in the fleet?

AIRPAC PlaneBase shows a registered fleet of 1,420 Cessna 170B aircraft.

There are very few. The Cessna 170B is considered very similar to the older 170A and 170 models. There are only nine airworthiness directives for all models, and one specific to the 170B regarding fuel valves made in 1998 and early 1999.

It’s a tailwheel airplane. Are you rated? Low cost and simple to fly.

Biggest minus: things to watch out for

Fabric covering on the wiring in older 170B aircraft may have frayed and pose a fire hazard, requiring replacement. Many owners have removed the parking brake, because it can be applied without the pilot’s knowledge before landing.

What else to consider