What’s the most invaluable instrument in the cockpit?

Be one with your altimeter 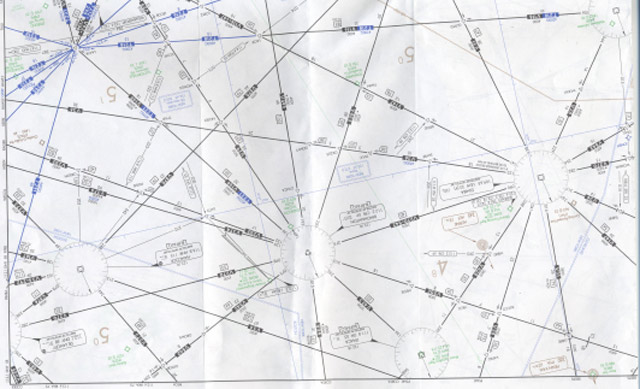 What’s the most invaluable instrument in the cockpit? Many would say it’s the altimeter, especially when it comes to flying on instruments. After all, when you’re in actual instrument meteorological conditions, you can’t know safe altitudes above terrain or obstacles without an altimeter. One that’s properly set to the current altimeter setting, to be more specific. In the United States, flight above 18,000 feet requires that you cruise at constant pressure altitudes, so altimeters must be set at 29.92 inches of mercury when climbing through that altitude.

En route, approach, departure, and arrival charts—and other flight planning materials for flights under instrument flight rules—are chock-full of essential information relating to safe altitudes. Some symbols—a line underscored beneath an altitude, for example—indicate an altitude floor. Go under it, and you risk hitting terrain and/or obstacles. Others—like an altitude with overscored and underscored lines above and below it—indicate a mandatory altitude. And a line overscored above an altitude dictates that you should fly no higher than what’s published. No underscoring or overscoring? Then the published altitude is a recommended one.

Aviation is an acronym-happy world, and there are scads of altitude-related abbreviations to keep in mind as we look over the charts we’ll need for each flight on an IFR flight plan. (Come to think of it, using IFR-mandated minimum altitudes as a planning reference is a good idea for VFR flying as well.) Here is a brief look at some you’ll see regularly on en route charts:

MEA (minimum en route altitude). This is published along airway route segments, and is the lowest altitude, in feet above mean sea level, that provides obstacle clearance (2,000 feet in designated mountainous areas, 1,000 feet otherwise) and ensures very high frequency (VHF) navaid reception. But get this: flying at the MEA does not necessarily guarantee VHF communications. Sure, GPS navigation is virtually the norm these days, but the VHF airway structure is still very much alive, so MEAs still rule whether you’re navigating via GPS or VORs. Even so, GPS-defined T-Routes include their own MEAs, published in blue and bearing the “G” suffix—the G standing for “GNSS RNAV MEA.” Remember, airway airspace extends four nautical miles either side of the published centerline. And want to know why they’re called “Victor” airways? Because they’re defined by VHF navaid radials, hence the “V” for Victor.

MOCA (minimum obstruction clearance altitude). MOCAs are the lowest altitudes that provide MEA-style obstacle clearance between fixes on airways. In designated mountainous areas that clearance is 2,000 feet; in non-mountainous terrain it’s 1,000 feet. They also guarantee VHF navaid signal reception—but only within 22 nm of a VOR. What exactly is “mountainous terrain”? Jeppesen defines it as terrain that rises at least 3,000 feet within a 10-nm distance. The FAA is vague on this, but does publish maps defining what it considers mountainous areas.

MORA (minimum off-route altitude). Those of us who use Jeppesen charts will see MORAs, which are intended to provide safe clearances (1,000 feet in areas where terrain or obstacles are 5,000 feet msl or lower) within 10 nm of a route’s centerline, and GRID MORAs, which provide safe clearances within a section defined by latitude and longitude lines. The OROCA (minimum off route obstruction clearance altitude) on the U.S. government’s IFR en route charts serves the same purpose, except clearances are 1,000 feet in non-mountainous areas and 2,000 feet in designated mountainous areas.

MCA (minimum crossing altitude). Let’s say you’re about to cross a mountain range, and the MEA consequently rises at the next fix. To ensure safe separation from terra firma, that fix will have an MCA associated with it. You should climb so as to cross that fix at an altitude at least as high as the published MCA.

MAA (maximum authorized altitude). VHF signals travel line of sight, right? That means that at some altitude you could be high enough to receive signals from two or more VORs, or be out of range of any one VOR. That’s why MAAs are published.

MRA (minimum reception altitude). The lowest altitude at which reliable VOR navaid signals can be received. Now here’s some alphabet soup: if the MRA at a VOR fix is higher than the MEA, then an MRA is published for the fix in question. This is especially relevant when a fix is defined by radials originating from different VORs.

MVA (minimum vectoring altitude). Sometimes, terrain and/or obstacles can vary in height over short distances. On their radar screens, air traffic controllers can see sectors where altitudes are posted for safe vectoring. Often, during instrument operations in terminal airspace, ATC may assign altitudes based on the MVAs they see on their screens. Sometimes, MVAs may be lower than the minimum altitudes otherwise published on charts.

The prime rule is to maintain the minimum altitude that’s the highest, in this order: The altitude ATC assigned as an expected altitude, or your last assigned altitude. But there’s a twist. If the MEA, MOCA, MCA, or MRA is higher than what’s expected or assigned, you must climb to the highest among them. Let’s say you were told to expect (per an EFC, or expect further clearance) 6,000 feet as an upcoming altitude, but you’re now at your assigned altitude of 3,000 feet. At the next fix on your route the MEA goes up to 9,000 feet. After a certain distance, the MEA drops to 7,000 feet. What to do?

You should squawk 7600 on your transponder, leave 3,000 feet and climb to 9,000 feet at the next fix. When the MEA drops to 7,000 feet, descend to that altitude. From that point, return to flying the highest altitude of either your originally-expected or -assigned altitude at the time of the communications loss—assuming that no higher MEA, MOCA, MCA, or MRA intervenes.

What about descending for an instrument approach at the end of this tense flight—assuming the weather is instrument meteorological conditions? The communications failure happened a while ago, so you probably don’t have an EFC time relating to an initial approach fix (IAF). That means you can fly to an IAF and begin your descent for an approach (any approach—airport arrivals and departures are being suspended in anticipation of your landing) as close as possible to your estimated time of arrival (ETA)—adhering to the altitudes on the chosen approach plate. You did remember to calculate your filed or amended ETA, didn’t you?