Get the app Get the app
AOPA Members DO more LEARN more SAVE more - Get MORE out of being a pilot - CLICK HERE
News & Media Training Tip: Saved by a stall 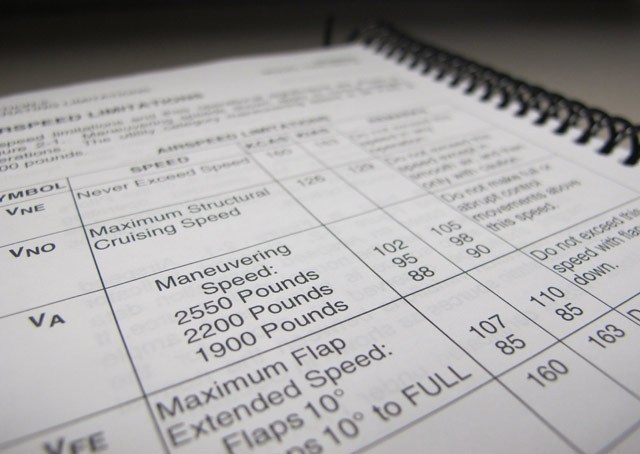 You never would have taken off if you knew it was going to get this bumpy.

Conditions were tranquil on takeoff. But after climbing out of the traffic pattern and turning on course, altitude gain brought light chop, then turbulence you would characterize as moderate, then occasionally, something more intense.

Did you miss an airmet, pilot  report (pirep), or some other indication that a rough ride was in store?

Ponder that later. Right now you have a more immediate concern: Fly the aircraft! And do it using the method best suited to safety under these conditions.

That means understanding that you are not the only one under stress here. Visualize how the aircraft is subjected to unusual stresses when shifting—vertically gusting winds play havoc with the wing’s angle of attack.

Now your ground training and practice flights join to deliver real-world skills. When you reviewed the aircraft’s operating speeds for your pre-solo written test (by looking them up in the aircraft’s pilot’s operating handbook) one V speed that you probably were urged to memorize, and may be placarded, was maneuvering speed, Va. It’s defined as "the maximum speed at which full, abrupt control movement can be used without overstressing the airframe."

Operating below Va is intended to ensure that the aircraft will stall before sustaining structural damage from the sudden, severe stresses being imposed on it by the turbulence. (Yes, in this scenario a stall is just the thing to keep a bad situation from getting worse.)

Maneuvering speed is also sometimes referred to as turbulence penetration speed, but it is not a fixed value. The POH for a Cessna 172S gives three maneuvering speeds for different operating weights. There’s a 15-knot indicated airspeed difference from the lowest Va to the highest, so selecting the correct one—and being able to establish it promptly—is important.

Can you set up Va with ease when you need it right now? A tip: Don’t fixate on the airspeed indicator. It may indicate erratically in rough air.

"You should know the power settings that yield these airspeeds. Go to those power settings, because airspeed fluctuations will make it impossible to use the airspeed indicator as a reference," wrote Thomas A. Horne in this Flight Training article about thunderstorms—notorious for difficult or dangerous turbulence, but not the only flight environment that can make the going get rough.

Dan Namowitz has been writing for AOPA in a variety of capacities since 1991. He has been a flight instructor since 1990 and is a 35-year AOPA member.
Go to Dan Namowitz's Profile
Topics: Weather, Navigation, Training and Safety