Get the app Get the app
AOPA will be closing at 2:30pm ET Wednesday, November 23rd, and will remain closed Thursday and Friday in observance of the Thanksgiving holiday. We will reopen Monday November 28th at 8:30am ET.
AOPA Members DO more LEARN more SAVE more - Get MORE out of being a pilot - CLICK HERE
News & Media Vision training 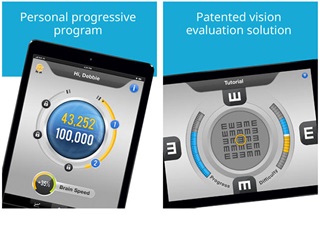 Military pilots (and other test subjects) have improved their vision after a few weeks of training with a new application for mobile devices—an application now available to the public.

The technology has helped dedicated users reverse age-related vision loss, and to help younger people improve on 20/20. Their eyes—including lenses, muscles, and receptors that send signals to the optic nerve—are only incidentally involved: The real work is going on inside the brain.

Seven years of research by a neuroscience company in Israel has produced studies published in peer-reviewed scientific publications, proving the concepts and methods used by a mobile application called GlassesOff, which is produced by a company of the same name that was created to bring the technology to market. The application was released in 2014 for iOS and Android devices,  and at $59 for a one-year subscription (with a free trial available before purchase), it may prove itself in the marketplace as a low-risk investment with significant rewards.

GlassesOff CEO Nimrod Madar, interviewed by telephone from his office in Israel, said the company is only now beginning to market the application, and expects sales to ramp up gradually. Much of the growth is expected to come from word of mouth.

“We don’t expect to be Facebook with hundreds of millions of people using the application,” Madar said. Once word gets around, however, he sees “good potential for a few million [customers].”

The application utilizes the same general principle of neural plasticity (“neuroplasticity,” a term for the brain’s ability to compensate for damage or disease by re-routing signals) behind other consumer brain-training programs, but with a significant difference: Results, when it comes to vision, are easily measured, and not only by the application itself. Users can verify improvement by “actually picking up a book and being able to read it without glasses,” Madar said.

More specifically, the GlassesOff application is designed to facilitate “perceptual learning,” which refers to the brain’s ability to improve perception (visual, in this case) through training. Unlike corrective lenses or laser surgery, which improve the quality of the image captured by the eye, GlassesOff improves vision without any change to the eye itself. The results are achieved by enhancing the brain’s visual processing speed and accuracy through various exercises requiring users to interpret images on the screen in sessions that last 12 to 15 minutes, three times a week. Over a period of a few weeks, the brain adapts to more efficiently process images, even if they are flawed by lenses that have lost focus.

“Then we’re able to take imperfect pictures captured by the eye and fully compensate for that in the brain,” Madar said.

In the most recent of several studies published to date, Israeli Air Force flight pilots who completed the vision training (32 pilots completed the training, 28 were given extensive post-program vision exams, according to a company press release) posted a 35 percent improvement in visual acuity, and a 24 percent improvement in image processing speed. Participants completed three sessions per week over a period of two to four months. More than 70 percent self-reported better visual acuity, and 60 percent self-reported better reaction times.

College students, and adults in their 40s and 50s, have also improved their vision. Recently published data shows image processing speed increased, with the time required for accurate perception by young adults in a crowded visual environment reduced from an average of 204 milliseconds before training to 123 milliseconds after training.

“From a scientific perspective there is actually huge excitement,” Madar said, noting that most users were able to dispense with corrective lenses after two or three months of training. “It’s a disruptive technology.” 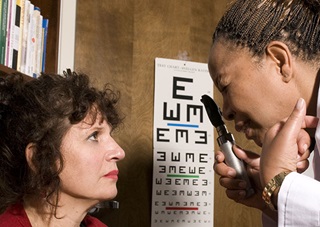 Among the things that may be disrupted in time are the eye exams aviators must pass to obtain or retain medical certification: The ink-on-paper eye chart may be in some long-term danger of obsolescence. Compared to digital measures used by GlassesOff, which requires users to interpret images presented for short duration at varying contrast and “crowding,” the old-fashioned eye chart does not present a realistic challenge, because it has no motion and perfect contrast. Madar said the more sophisticated approach to testing vision can detect vision problems that would otherwise go unnoticed.

“We were able to identify specific problems that were not really coming to light under a standard examination,” Madar said.

GlassesOff also can train the brain to compensate for various different kinds of vision deficiency, though not necessarily all. It has not yet demonstrated positive effects for those with myopia (nearsightedness), and has not been tested as a corrective measure for color blindness—though there is potential that as the program is refined, it will offer relief for more vision conditions. Meanwhile, the program begins with a (pre-purchase) vision evaluation and will inform the user if they have a condition unlikely to improve with training, Madar said.

GlassesOff will also be marketed to athletes and others who benefit from sharper vision, and being able to discern objects such as a baseball moving at 95 mph. A baseball player has less than half a second to spot the baseball and determine its velocity and rotation, decide to swing, and complete the swing.

“If we shorten the first task significantly … then your batting average should improve significantly,” Madar said.

The utility for pilots is obvious enough, particularly when it comes to the need to “see and avoid” other aircraft that may be camouflaged against a crowded background.

Madar said GlassesOff depends on user effort to succeed—much the same way that an exercise bike must be used to produce results. After seven years of scientific study that proved the methods are effective, attention is now shifting to creating a more user-friendly and enticing version.

“We haven’t invested enough in user experience,” Madar said. “It is key to have something which is actually fun to use and engaging.”

A new version of the application will be released later in 2015, Madar said, one that incorporates the same functionality in a nicer-looking presentation.