Get the app Get the app
News & Media PS Engineering PAR200A

As radio-based navigation is falling by the wayside in favor of GPS-based nav, many owners are forgoing the second navigation radio, which for decades has been seen as the gold standard for any serious IFR package. VOR-based approaches are rapidly being phased out in favor of RNAV approaches, which when coupled with WAAS-approved GPS provide more accurate guidance and lower minimums. Often, the only radio-based navigation being performed these days is on localizer or ILS approaches. So why not save several thousand dollars and skip the ubiquitous second nav and required CDI? One reason is because many navs are packaged with com radios that pilots still very much need.

PS Engineering has seen this trend and recognized that pilots still want/need a second com radio but may not want to waste panel real estate with a stand-alone com. So PS Engineering elected to build a com radio control head right into its already capable audio panel chassis to create a small, lightweight box packed with features. Combine the company’s PAR200A with an all-in-one navigator and a transponder and you have a full IFR package in a three-box stack, saving panel space for other useful gadgets.

My partners and I were in a similar boat with our old Cessna Skyhawk, whose ancient radios were becoming more troublesome than not. In addition, our home airport had decommissioned its NDB approach and the field’s VOR approach was notamed out of service because of unusable radials. That left only RNAV approaches available. So we elected to replace the stack with a used Garmin 430W and PAR200A.

PS Engineering utilizes a Trig TY91L com radio that is small enough to be remote mounted nearly anywhere in the airframe. We mounted ours behind the instrument panel above the glovebox. The com is capable of 8.33 kHz spacing and features standby frequency monitoring and memory of as many as five frequencies. Transmit power is six watts and in our testing has even reached controllers that the Garmin 430 couldn’t.

On the audio panel side, you get many of the features that PS Engineering has become known for, such as its automatic Intellivox squelch and split-com mode, which allows pilot and co-pilot to utilize separate com radios simultaneously. Intercom features also are abundant with dual music inputs, either via a cord or Bluetooth. Music sources can be split for crew and/or passengers and the (maximum) four-place intercom can mute the tunes for radio chatter, intercom chatter, or both. Pilot and crew can also isolate from the passengers to reduce distraction. There’s also a telephone interface via Bluetooth. About the only thing missing from the PAR200A is a marker beacon receiver, so plan accordingly.

Getting used to the PAR200A will take some time. The buttons are small and many of them have multiple functions. For example, to turn on the speaker, you have to push and hold the Nav 2 button. To activate the standby frequency monitor mode, you push and hold the Nav 1 button. It’s not complicated, but it just takes a little familiarization for one to become comfortable with all that the PAR200A can do.

Our avionics technician from Shenandoah Avionics reported no hitches during the installation of the PAR 200A. Our tech estimated 20 to 60 hours of labor for install, which is largely dependent on how many places are required for intercom setup. Our useful load jumped up a significant 25 pounds after removing our legacy IFR setup in favor of the PAR200A and Garmin 430W.

There are a few nits to pick. The detents in the small concentric radio-tuning knob are very subtle compared to most other radios, so it’s easy to overshoot selections, especially in turbulence. That knob also pulls double duty as the frequency flip-flop button and the squelch test. You push and hold the knob for squelch test, but users must be careful not to inadvertently switch to the standby frequency.

Despite these minor issues, the PAR200A has proven to be an extremely capable audio panel that goes above and beyond anything else in the market with the addition of the built-in com radio. For owners of legacy light airplanes whose value may be at or near the average cost of an avionics redo, boxes like the PAR200A help to keep costs down without skimping on fancy-airplane features. Street price of the PAR200A is $2,595.

EcoReco M5: Fun on the go 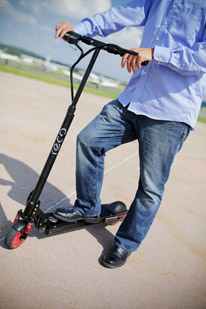 Ground transportation is a key impediment to an airplane’s utility. Courtesy cars are great, but having your own solution is even better.

Many of us are lazy, or have small airplanes. Whatever the excuse, a bicycle isn’t always an option. The EcoReco M5 is a great alternative. The M5 is a battery-powered scooter that buzzes along at up to 20 miles per hour for up to 20 miles.

Although designed to provide that last mile of transportation for urbanites going from subway to office, the scooter is a fun and surprisingly practical tool for pilots. It weighs 36 pounds, folds to easily fit in a baggage compartment, and unlike other motorized transportation, it’s completely clean. It takes four and a half hours to fully charge the battery, but only two and a half to charge it to 85 percent.

The M5 is easy to ride—and fun. Hop on, give it a push, engage the trigger throttle, and you’re off. Hard rubber tires mean no flats, but also a bit of a bumpy ride. Front and back suspension helps, but you’ll feel the road.

If you’re worried about safely riding it, don’t. Everyone in the office jumped on easily, and it garnered lots of positive attention everywhere. You will want a helmet, however. Twenty miles per hour feels like warp speed on a scooter if you’re older than about 10. 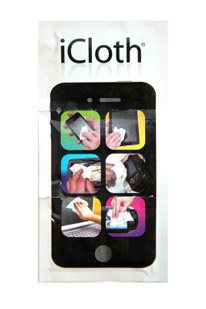 Phones, tablets, and panel-mounted touch screens all have one annoying problem—our fingers. Those smudges can make the screens hard to read in direct sunlight. iCloth Avionics Cleaning Wipes are one way to combat the problem.

The company claims the wipes are made of aerospace grade fabric, and use a perfect blend of liquid to best clean. That’s all fine and good, but the bottom line is that they work. A few quick swipes and there’s no streaking, no lint, and no fingerprints.

The wipes are sold through Amazon in both an avionics and normal version. The only difference is size and price, with the larger avionics version coming with a larger price tag. Pick whichever you think will work best for your screen size. —Ian J. Twombly

HEED 3; Breath in a bottle

If you are a floatplane pilot, you have no difficulty understanding the wisdom of having a small bottle of breathable air available that provides two to three minutes of survival air if you go under water. Even overwater flights can benefit.

The Helicopter Emergency Egress Device 3 (HEED 3) manufactured by Submersible Systems is a diver-quality refillable bottle. The company also makes a similar unit for the dive community.

You’ll want training in how to use it from a local dive shop or, if available, a dunker training facility, and you’ll want to go to the dive shop for refills. The company sells a $40 adapter to use for refills from scuba tank compressors. It must be inspected and tested every few years, and that costs $80. HEED 3 can be used by children 8 years and older as well as adults. —Alton K. Marsh

The wait for Avidyne’s drop-in replacement for Garmin’s GNS 430-series is over at last: the Lincoln, Massachusetts, firm has announced that the IFD 440 has been approved by the FAA. An update of the software that runs the device and its previously approved cousin the IFD 540 (designed to replace Garmin GNS 530-series units) also fixes the bug that prompted an emergency airworthiness directive in May.

Avidyne’s 10.1 software release unlocks new features in the IFD 540, including Bluetooth and WiFi connectivity with mobile devices including Avidyne’s MK 10 mini keyboard. The new software supports automatic dependent surveillance-broadcast (ADS-B) interactivity with Avidyne transceivers. Weather data received by the Avidyne MLB100 or MLX200 can now be displayed on the screen; rubber banding of the active flight plan leg is now enabled; data blocks are scrollable, and pilots can download user-defined waypoints and routes via USB. The software update is available at no charge through authorized dealers, the company said.

“Release 10.1 software brings many new features and functions, including ADS-B, to the IFD540 that give it greater utility and make it even easier to use,” said Avidyne CEO Dan Schwinn. “Along with the newly certified IFD440, Avidyne now offers a complete suite of next-generation, ADS-B capable panel-mounted avionics and a platform for the future.”

The IFD 440 was announced in 2012, and follows nearly a year after FAA approval of the IFD 540 (which AOPA reported on in September, with many of the new features active on a pre-release version), rather than the weeks of separation the company had once hoped for. The IFD 440 retails for $14,995, which is $2,000 less than the IFD 540, and antennas and installation are not included in those prices. The supplemental type certificate and approved model list for the IFD 440 covers more than 1,000 aircraft makes and models, the company noted.

Unusual ones stretch the definition

Try not to be too official—maybe officious is the better word—about windsocks and you can come up with some unusual ones. None of these meet windsock regulatory requirements.

A retired “Wild Weasel” F–100F Super Saber swivels freely on its pylon and serves as the wind direction indicator at St. Maries, Idaho (S72). It was spotted and e-mailed to us by Jeffrey P. Jacobs of Vancouver, Washington.

Then there’s the Pterosaur flailing at the wind in Canada at Drumheller. Aside from the interesting geological formations, Drumheller is home to the Royal Tyrrell Museum, filled with prehistoric remains of the area. There are reproduction dinosaurs and dozens of reconstructed skeletons.

The ultimate prize goes to a Douglas DC–3 on a swivel stick at Whitehorse International Airport in Whitehorse, Yukon, Canada. Erik Nielsen stood in way-below-freezing temperatures to take a picture for us after we were reminded about it by Troy Harmon of King Salmon, Alaska. Recently restored, it moves easily in the wind. It is at a museum just a fence or two off the airport.

Douglas DC–3 is a windsock in Whitehorse, Canada …

as is a Pterosaur …