Get the app Get the app
AOPA Members DO more LEARN more SAVE more - Get MORE out of being a pilot - CLICK HERE
News & Media Pilot Briefing: AOPA 2015 You Can Fly Sweepstakes

Sweeps 152 goes round in circles

Sweeps 152 goes round in circles 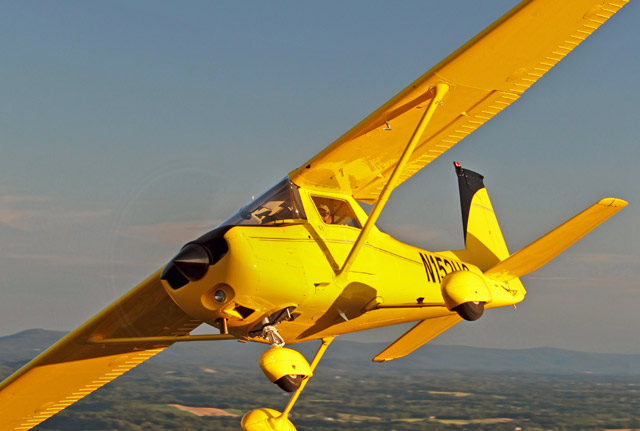 Cessna 152s are rugged primary trainers known for teaching takeoffs and landings, but they also shine at some more advanced maneuvers such as spins.

As the training fleet has aged, more specialized aerobatic airplanes are added, and fewer pilots are trained at spins, the Cessna trainers’ capabilities in this area have been largely overlooked and even forgotten. But the AOPA Sweepstakes Reimagined 152 and its growing fleet of yellow-painted siblings have much to offer here.

Several AOPA colleagues are training to become certificated flight instructors, and one of the requirements for that rating is “instructional competency” in spin aerodynamics as well as spin entries and recoveries.

In preparation for flying with them, I recently reacquainted myself with spins in one of Aviat Aircraft’s totally refurbished “Reimagined” aircraft and I was reminded just how willing, even eager, the airplane is to chase its tail, and also how obediently it stops.

It took 10 minutes or so of climbing solo on a muggy Maryland morning to reach 6,000 feet, and that gave me plenty of time to think about spinning these trainers. The legendary Bill Kershner made a science of teaching spins in a 152 Aerobat and wrote extensively about it in books such as the plainly named Basic Aerobatic Manual that have been standards for decades, a proud legacy for an accomplished teacher and writer.

Spins aren’t part of Aviat Aircraft’s flight tests when the remanufactured aircraft are returned to service, so I’m acutely aware that there’s a chance the airplane will perform differently than the day it was certified.

Approaching a power-off stall, I feed in full left rudder and the airplane slides gracefully into an “incipient”—or not fully developed—spin to the left. I count each half turn in a metronome cadence and the recovery is almost instant as soon as I release the pro-spin control inputs.

Next, a fully developed spin to the left, and this time the pace quickens dramatically after turn three. I’ve got to count pretty fast just to keep up with the rapidly revolving nose of the airplane, and initiate the recovery (full opposite rudder, brisk forward yoke) about 45 degrees before the rotation stops.

Power-off spins to the right are nearly identical, but the rate of rotation is slightly faster when fully developed.

Power-on spins to the left are especially easy to enter since p-factor and the airplane’s other left-turning tendencies give subtle assistance. I remember being sternly warned as a student pilot that uncoordinated power-on stalls could lead to inadvertent spins, and this is one of those instances in which the warnings are actually true. In fact, the airplane is perfectly willing to stall and begin a left rotation with the pilot’s feet on the floor (and aileron deflected to the right). The inclinometer ball is slung to the right, of course, and the maneuver is highly uncoordinated, but it’s possible to envision how this scenario could actually happen in the real world.

Kershner used to require his CFI students to perform 20-turn spins, but I’m not nearly that ambitious. Once satisfied that the airplane performs as designed, I’m ready to begin spinning with real CFI candidates.

I’m looking forward to those flights and will share the results here—and in future AOPA Live videos.

AOPA members are automatically entered to win the 2015 You can fly Sweepstakes. Members on Automatic Annual Renewal receive additional entries.