Get the app Get the app
Already a member? Please login below for an enhanced experience. Not a member? Join today
News & Media Five-day flight complete 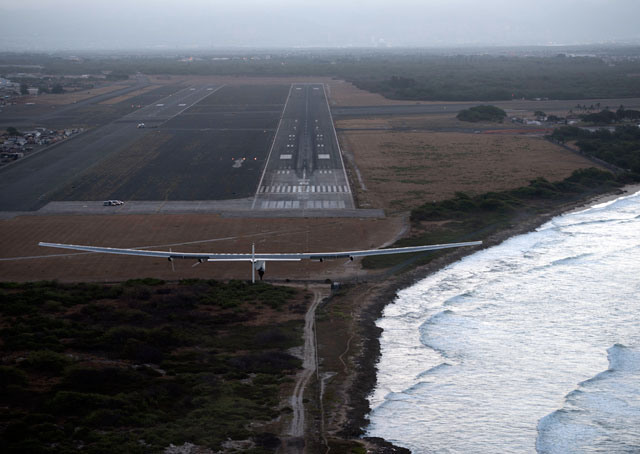 After nearly five days in the cramped confines of Solar Impulse 2, André Borschberg approached Kalaeloa Airport (John Rodgers Field) on July 3 with a crowd waiting for him. Dancing had already broken out on the ground among members of the support team, a celebration underway as the delicate airplane descended toward the runway.

“When I saw the 16 landing lights of Solar Impulse appear in the sky, tears came to my eyes,” Solar Impulse co-founder Bertrand Piccard reported on social media. “We've been waiting for this moment for 13 years!”

Completing the circumnavigation won’t be a cakewalk, but the most challenging and longest leg is now in the books, adding to the team’s imprint on the record books. Borschberg’s flight lasted 117 hours, 52 minutes, crossing 3,894 nautical miles of ocean at altitudes up to 28,000 feet. Records for solo flight duration and distance traveled have been submitted for ratification by the Fédération Aéronautique Internationale.

Borschberg, who landed just after sunrise, had managed to stay alert with catnaps and yoga. Sleep came in carefully coordinated rest periods lasting from five to 20 minutes, with an average of eight daily naps. His airplane vulnerable to even mild turbulence, Borschberg could ill afford longer breaks. 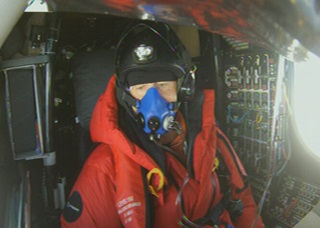 “I feel exhilarated by this extraordinary journey. I have climbed the equivalent altitude of Mount Everest five times without much rest.  … The (mission control center) was battling to give me the possibility to rest and recover, but also maximizing the aircraft’s energy levels and sending me trajectories and flight strategies simulated by computer,” Borschberg said in a news release. “This success fully validates the vision that my partner Bertrand Piccard had after his round-the-world balloon flight to reach unlimited endurance in an airplane without fuel.”

The trip around the world aims to raise awareness of and support for clean energy technology, and launched from Abu Dhabi in March. Piccard and Borschberg seek to demonstrate that nonpolluting technologies have potential to supply a greater share of the world’s power demand and to reduce pollution.

Borschberg himself was fueled by a daily ration of 5.2 pounds of food, 84.5 ounces of water, and 33.8 ounces of sports drink. The menu included dried fruit and chocolate, and meals were customized for various altitudes because the body requires more nutrition at high altitude, though appetite is diminished.

Piccard will fly the team’s next leg to Phoenix, alternating with Borschberg on subsequent flights to New York, across the Atlantic to Europe, and finally returning to Abu Dhabi to complete the circle.