Get the app Get the app
AOPA Members DO more LEARN more SAVE more - Get MORE out of being a pilot - CLICK HERE
News & Media P&E: ADS-B

Clearing up some confusion

Portables are great, but don’t count for 2020 compliance

The required components of ADS-B Out—an approved WAAS GPS position source (top left), an ADS-B transceiver (top right), and altitude encoder (lower left)—come together in the aircraft. Optional ADS-B In data can be displayed on a tablet (lower right) or on panel-mounted displays.

Portables are great, but don’t count for 2020 compliance 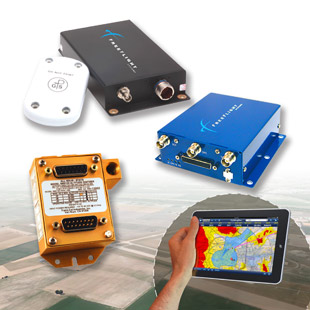 There’s a lot of interest in Automatic Dependent Surveillance-Broadcast (ADS-B) these days, undoubtedly driven by the FAA’s mandate that aircraft operating in most airspace where a Mode C transponder is required today be equipped with ADS-B Out by January 1, 2020. There’s also a lot of confusion regarding what is required for the 2020 mandate.

Let’s take a look at a couple of recent studies that shed light on the topic—and on some of the confusion.

A September 2014 study by Mass-achusetts Institute of Technology’s International Center for Air Trans-portation looked at pilot perception and use of two primary ADS-B In services—traffic (TIS-B) and weather (FIS-B). Fifty-six percent of the 1,407 respondents had used ADS-B In, with 85 percent using portable systems and 30 percent using installed ADS-B In systems.

Among responding pilots who use ADS-B traffic on a regular basis, 42 percent indicated that the information had helped them avoid a midair collision. For pilots using both ADS-B In and ADS-B Out—ADS-B Out equipage is required in order for ADS-B In to present a full traffic picture (see “Technology: Who’s Seeing Whom?” August 2014 AOPA Pilot)—the ratio increased to 51 percent.

ADS-B In is used “frequently” or “always” by 72 percent of respondents who have used the service. “This study showed that ADS-B In traffic has provided increased situational awareness for pilots operating in VFR environments, such as congested traffic patterns, as well as in IFR environments as a backup for ATC separation services and traffic advisories,” its authors concluded. “ADS-B In flight information services have clearly impacted pilot decision making.” The full report is available online.

In March 2015, Kenneth Byrnes—an associate professor at Embry-Riddle Aeronautical University in Daytona Beach, Florida, and chairman of its flight training department—surveyed GA aircraft owners to provide a road map for the FAA’s Equip 2020 Implementation Group, a government/industry partnership that includes AOPA. “The question is, what do people know?” said Byrnes, who is on the Equip 2020 training committee. A video that summarizes the survey’s finding is available online (www.youtube.com/watch?v=RJg21_liXy4).

Byrnes found that 73 percent of respondents felt they were adequately informed about the 2020 mandate for ADS-B Out. Extending his results to the GA fleet indicates that owners of 24,231 aircraft do not plan to equip; 113,980 are waiting for the cost to become acceptable—and 22,656 have already equipped with ADS-B Out.

That 22,656 number is interesting because a month later, during the Aircraft Electronics Association convention in Dallas, it was announced that about 10,000 U.S. aircraft were equipped for ADS-B Out. This disparity in numbers could indicate that people who have purchased portable ADS-B In receivers believe they now meet the requirements of the FAA’s 2020 mandate—when they do not. The requirement is for ADS-B Out, not the optional ADS-B In—and the FAA has indicated that it will not approve any portable ADS-B Out solutions.

Byrnes agreed that the disparity between the survey findings and reality highlight a major misconception about the ADS-B Out mandate. “You buy the device and if you’re thinking that you’ve got ADS-B, you’re mistaken,” he said. Users agree that portable ADS-B In receivers are great, and for many they will continue to serve as an ADS-B In solution after January 1, 2020—but portable devices do not provide the ADS-B Out signal and mean nothing with respect to the approaching FAA mandate.

“I was surprised by the number of people that were holding off, and expecting a significant reduction in cost or the rule to change,” said Byrnes. “The numbers were pretty bleak for me about the equipage plans.”

Part of the problem, Byrnes said, is that aircraft owners don’t perceive much value from ADS-B Out equipage—most of the benefits that appeal to GA aircraft owners, free weather and traffic information, are delivered by the optional ADS-B In. “The FAA has done a pretty poor job of communicating the benefits of ADS-B Out,” he said. Those include benefits for IFR flights, which air traffic control will be able to see during more of the flight, and/or at lower altitudes. “There’s increased safety for search and rescue,” Byrnes added.

He noted that while there is some bias in the survey, its findings are useful. “We needed a quick way to find out where the understandings are,” he explained.

So let’s clear up a few of the misunderstandings:

Where is ADS-B Out required? The FAA has mandated that by January 1, 2020, ADS-B Out will be required to fly in most airspace where a Mode C transponder is required today. That includes Class A, B, and C airspace; within the 30-nm Mode C ring around a Class B primary airport; and most Class E airspace at or above 10,000 feet msl—as well as certain airspace above the Gulf of Mexico. If you never fly in any of this airspace, you don’t need to equip. There is no industry consensus on how many aircraft will have to be ADS-B Out compliant on January 1, 2020; some figures appear to reflect equipage of the entire fleet, but it’s clear that some number of aircraft will not have to equip because they’re not flown in airspace where ADS-B Out will be required.

What do I need in order to transmit ADS-B Out? You really only need three things: an appropriate position source (an approved, Wide Area Augmentation System [WAAS]-enabled GPS receiver), an ADS-B datalink transceiver, and an altitude encoder. Some aircraft already are equipped with a compliant WAAS GPS receiver, or a Mode S transponder that can be upgraded to 1090 Extended Squitter (1090ES is one of the FAA’s two datalink frequencies). An upgradable transponder or existing WAAS GPS receiver should reduce an aircraft owner’s cost of complying with the 2020 mandate, and may guide a strategy for compliance if he or she will fly in ADS-B Out airspace. Your existing altitude encoder likely is compatible.

How much is this going to cost me? A couple years ago, the prevailing wisdom was that ADS-B out equipage was going to cost $7,000 to $10,000 per aircraft. However, there are a number of new, more affordable ADS-B Out products in the market and overall, costs have come down significantly—thanks, in part, to efforts by AOPA, the Equip 2020 working group, and other stakeholders.

How far down have they come? There are ADS-B Out solutions on the market today for less than $2,000. Of course, that doesn’t include installation costs, which most avionics manufacturers are understandably reluctant to quote. However, AOPA has ideas for helping to hold down that cost, too—for example, by asking your A&P to install the equipment when your airplane is already all opened up for its annual inspection.

We will be exploring that idea later this year, as we install ADS-B in several AOPA aircraft—and we look forward to sharing our experiences with you. If you’ve already equipped, we’d like to know about your installation experience and how you are benefitting from ADS-B.