Get the app Get the app
Already a member? Please login below for an enhanced experience. Not a member? Join today
News & Media Scholarship winner earns her certificate 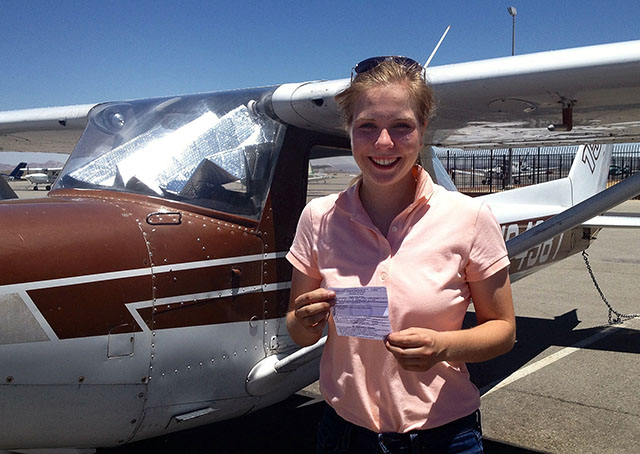 Days before shipping off to the Air Force Academy, and in the face of challenging California winds and temperatures hot enough to bake anyone’s confidence, Anna Weilbacher completed her private pilot checkride at the General Wm. J. Fox Airfield in June.

A team of friends, family, and local Ninety-Nines members fanned out to cheer as AOPA’s 2014 Noe-Singer Flight Training Scholarship winner taxied up to the ramp in her rented Cessna 152, two days before her eighteenth birthday. “Anna was ready for it and she was confident that she was going to get her ticket that day. It was a do or die situation,” said Weilbacher’s father, Ed.

Anna is also a national level small bore rifle shooter, explained her father, and she was recruited by three colleges offering scholarships to join their rifle teams. Instead, the young pilot chose to ship out for basic cadet training at the U.S. Air Force Academy in Colorado Springs, Colorado. The looming deadline drove the $12,000 scholarship winner’s every move.

On her eighteenth birthday, Anna lifted off again in the brown and white 152 to celebrate the milestone with her first passenger. Her father, Ed, who is a lapsed pilot himself, said he was beaming from ear-to-ear from the right seat on the local sight-seeing flight which included basic flight maneuvers, and touch and goes.

“And they were good landings, she knows what she’s doing,” said her father. “I felt adulation and pride, just happiness that Anna accomplished such a big goal. I mean here’s my daughter taking me for an airplane ride, not too many dads get to experience that!” he said.

Ed said that he and Anna are close because every weekend they drove 85 miles each way to the shooting range for practice and they had plenty of time to talk along the way. He noted that flying briefly had to take a back seat while Anna concentrated on several major riflery competitions. Studies were also a priority for the 4.0 student, who was home schooled by her mom, Karen.

Her dad said that after Anna finishes basic training in early August she plans to continue flying to earn an instrument rating while at the Academy. Her long-term plans are to try for a pilot slot and get into four-engine transports such as the C-17 Globemaster III.

“She just always had a desire to fly,” said the elder Weilbacher. “The first time Anna flew she was just amazed by it. She had no fear about flying, she just loved it right off the bat and her goal was to get her private pilot certificate,” he said.

Anna’s flying has rekindled her father’s love for aviation, too. “Now that Anna’s off to school, I’ve got the time to go flying again and get my own license current,” Ed said.

The Noe-Singer scholarship was established by Larry Noe to help someone who has the desire and interest in learning to fly but does not have the financial resources to pursue it. In 2015, the AOPA Foundation will be awarding 25 scholarships, ranging from $2,500 to $12,000. Applications are due on Aug. 9, and winners will be announced on Oct. 2. 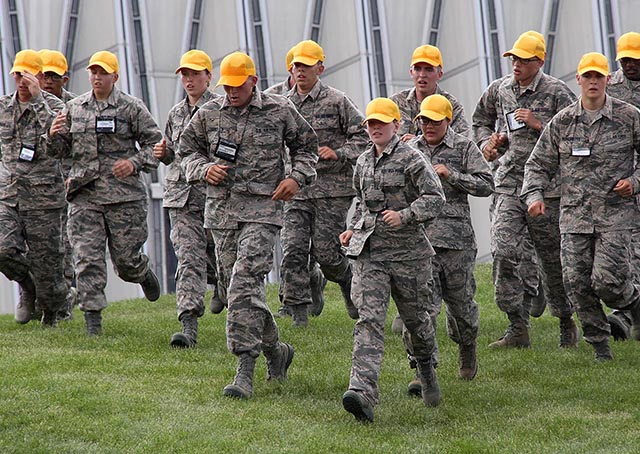