Get the app Get the app
Already a member? Please login below for an enhanced experience. Not a member? Join today
News & Media Weekend in the wilderness

Weekend in the wilderness 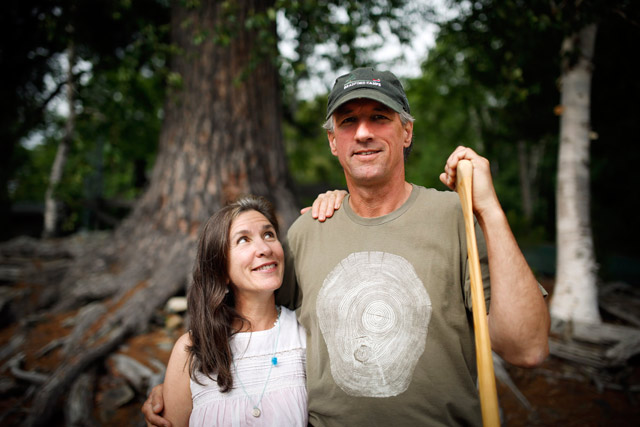 Who knew? Deep in the northern woods of Maine, the grandson of one of the most influential aircraft designers hosts “Sikorsky Weekend” each year, telling tales of his grandfather, Russia before the Bolshevik Revolution, the early days of helicopter design in America—and taking visitors seaplane flying and fishing. Meet Igor Sikorsky III. 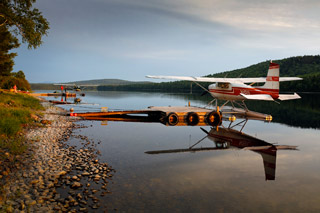 AOPA Pilot traveled to Sikorsky’s 100-year-old Bradford Camps on the shores of Munsungan Lake, a four-mile-long pristine body of water that is home to trout, salmon, and perch. Owned by the younger Sikorsky, Bradford is a traditional sporting camp, with eight waterfront log cabins, the only inhabited structures in this area of the North Maine Woods. Bradford Camps is located at the center of this 3.5-million-acre natural wonderland, where moose, bear, deer, beaver, eagles, and osprey are the citizenry. To get here, one can travel across rugged logging roads for several hours or, more intelligently and as we did, by seaplane. Sikorsky will pick you up in his Cessna 172 on floats in Bangor or veteran seaplane pilot Jim Strang can fly you in his 206 for Katahdin Air Service.

Sikorsky Weekend is a leisurely two-day experience that is highlighted by Sikorsky talking about his grandfather. Igor Ivanovich Sikorsky I is the inventor of the helicopter and the younger Sikorsky knew his grandfather as a gentle, loving man who led a charmed life. During his talks—fireside in the sporting camp lodge, a massive moose head and equally massive deer head overlooking the room—the entertaining Sikorsky shares his grandfather’s years in Russia, the construction of The Grand for the Czar, the early years in America as a nearly penniless immigrant with big ideas, the Pan Am flying boats, and life as a test pilot building helicopters for United Aircraft (now United Technologies). Rich with original photographs, drawings, and correspondence, the experience is truly a step back in time.

AOPA Pilot will feature the Sikorsky Weekend and stories on seaplane flying and fishing in the North Maine Woods in an upcoming issue.