Get the app Get the app
AOPA will be closed July 4th, in observance of the Independence Day holiday. We will reopen at 8:30 am ET on Tuesday, July 5.
News & Media Waco announces product upgrades 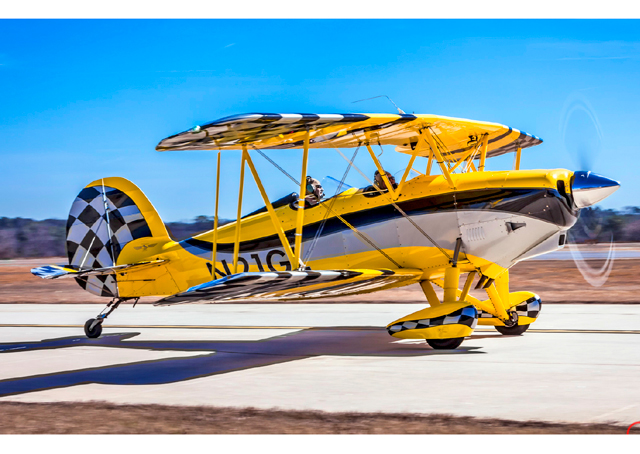 Waco Aircraft Corp. has received Brazilian approval for its Great Lakes model. The aircraft is already approved in 30 countries.

Improvements to the model continue with a Hartzell Trailblazer carbon fiber aerobatic propeller that should be ready by the end of 2015. A double canopy also is in the works. The propeller is expected to offer better cruise speeds at low rpm, plus better takeoff acceleration and climb performance.

The double-cockpit canopy should be ready by early 2016.

Engineering work has started on a Waco YMF-5 E model for introduction in 2016. It will have a constant-speed MT two-blade composite propeller, and a “Platinum” 300-horsepower Jacobs engine from Air-Repair. Other refinements include a redesigned cabin heater, serviceability improvements, new fairings, and aerodynamic improvements.

The Waco YMF-5D model is expected to be approved in Brazil by early 2016.