Get the app Get the app
Already a member? Please login below for an enhanced experience. Not a member? Join today
News & Media Training Tip: Precip's potential pitfalls 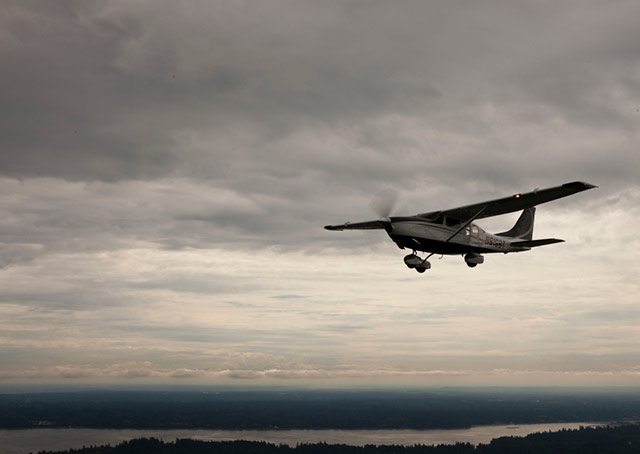 There’s a high overcast, and visibility is declining as a warm front approaches. Low ceilings and murky conditions characteristic of this kind of weather are still hours away, says the forecast, but a light rain is falling, ahead of schedule.

Many student pilots ask: Is precipitation a no-go item for VFR flight?

It depends on the precip.

You should know why precipitation is present. Shafts of rain falling from high scattered clouds on a sunny summer afternoon as you return from a cross-country are more benign, and more easily skirted, than the slowly intensifying precip preceding a warm front. (Be sure the high scattered clouds are the benign "fair-weather cu," not the clouds that grow into cumulonimbus in a line in advance of a fast-moving cold front. And maintain a safe distance.)

Ahead of a warm front, early precip may hint that the front is more energetic, or more mobile, than your weather briefing suggested. Time to update that briefing. Pay attention to reported surface conditions ahead of the front, and pilot reports.

Starting a VFR cross-country in that direction might not be prudent. But a local dual flight will provide valuable exposure to less-than-ideal conditions, while hammering home the importance of tracking in-flight weather.

Quick quiz: Is it good news, or not, to see visibility "6SM" in a surface observation, if the period’s terminal forecast predicted "P6SM"?

Precip that doesn’t reduce in-flight visibility can still cause ground-based problems when the temperature-dew point spread is narrow.

Rain evaporating into the air can raise the air’s dew point. "If the dew point is increased to the air's actual temperature, what's known as precipitation fog can form,” wrote meteorologist/pilot Jack Williams in the Flight Training column “The Weather Never Sleeps."

Another characteristic of warm fronts is multiple layers of stratus clouds. VFR pilots have fallen prey to trouble by ignoring minor shreds of cloud beneath them, suddenly finding themselves trapped “on top.” That scenario could require an emergency descent on instruments—dangerous territory for any noninstrument-rated pilot.

For student pilots, an added safeguard, and a mandate to sit out such risky conditions, is the regulatory limitation against acting as pilot in command of an aircraft "when the flight cannot be made with visual reference to the surface."