IMC Club on verge of merger with EAA 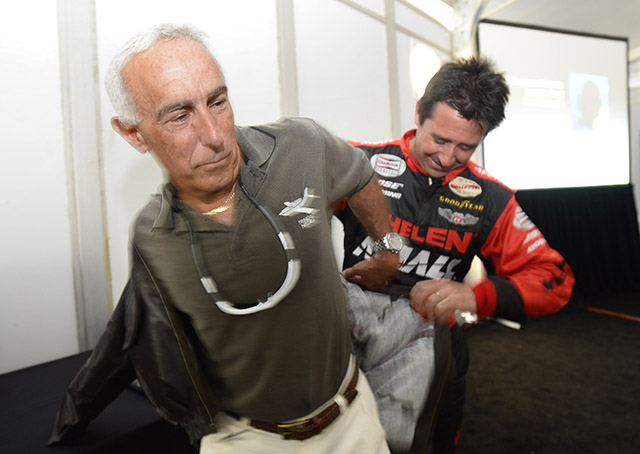 IMC Club Founder Radek Wyrzykowski, a master CFI with over 6,000 hours, announced during EAA AirVenture that a merger was in the works between his aviation safety and proficiency club and EAA. Wyrzykowski said the club started about five years ago when a group of six like-minded instrument flight rules pilots got together for a “what if” hangar session at Norwood Memorial Airport in Massachusetts and then grew like wildfire. Now the club boasts 120 chapters across the United States with outposts on three other continents—South America, Australia, and Africa.

Wyrzykowski said the letter of intent on the table with EAA to acquire the IMC Club was a natural for both organizations because of EAA’s chapter structure and IMC Clubs’ explosive growth over the last couple of years. “Both sides feel it’s a perfect match,” he said. “We’re growing so fast but we don’t have the infrastructure.”

The group of pilots thrives on learning from others during informal hangar flying sessions to discuss instrument flight rules (IFR) scenarios and the possible outcomes of real-life situations encountered by pilots in instrument conditions.

Wyrzykowski said the key to IMC Clubs is that it promotes aviation proficiency by leveling the playing field between low-time pilots and airline captains. The organized club format allows experienced pilots to submit instrument situations to IMC leadership and then a short video designed to promote discussion among members is produced.

“We don’t provide the answers,” Wyrzykowski said, because the club encourages lively debate instead. He said members typically come up with several solutions to IFR situations and the intent is to discuss—not lecture—various viewpoints for the challenges of instrument flying. He said the idea for chat sessions using real-life scenarios and multiple correct solutions was a hit from the start.

Wyrzykowski warned that IMC Club members should prepare for their chapter meetings by coming with an open mind because sometimes the best questions come from pilots who are newer to aviation.

“The organization encourages constructive criticism,” he said. “In our meetings we have instrument students and we have airline captains. A lot of times we need that low-time pilot’s question to think about the little details that more experienced pilots might take for granted,” he said.

Rick Larsen, EAA vice president of communities and member programs, said in a press release that folding IMC Clubs’ monthly programming and learning scenarios into EAA’s umbrella of chapter membership could increase the reach and impact of both organizations.

At AirVenture 2015's closing briefing, EAA Chairman Jack Pelton said he was pleased about the new possibilities awaiting both groups. “We’re really excited about it,” Pelton said. “They will be part of the EAA and we are working on the integration. We have good capability for expanding and we have a built-in delivery method with over 900 Chapters.” He added that he hopes to bring the instrument discussions and “what if” scenarios made popular by IMC Clubs to the VFR pilot population, too. 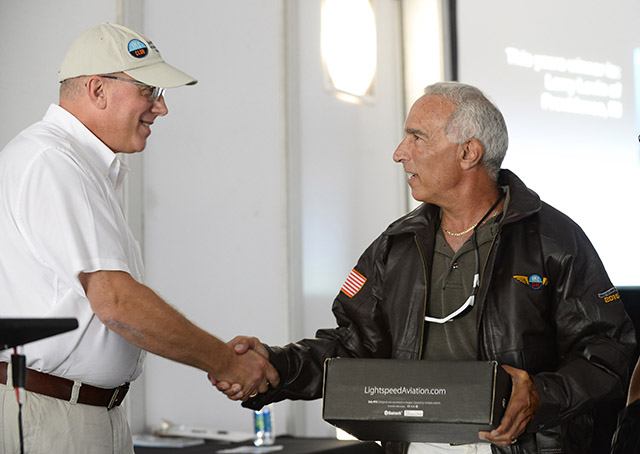 Airshow performer Michael Goulian smiled broadly as he helped IMC Club member Larry Levin slip gracefully into his new “Instrument Master” brown leather flight jacket at EAA AirVenture July 24. Goulian, who is on the IMC Club’s board of directors, praised the Rhode Island-based instrument-rated pilot for going above and beyond in his quest for professionalism, education, and community service. IMC Club Founder Radek Wyrzykowski said the “Brown Jacket” is only awarded to one IMC pilot per year for his or her excellence in all three areas.

But Levin, who prides himself on community outreach and continued aviation excellence, almost didn’t make it into the general aviation community at all. The 1998 Socata Trinidad owner, who says he now counts “an obscene number of IMC flights” in his logbook, was once a white-knuckle passenger on commercial airliners.

Levin said he was initially scared of flying commercially because he didn’t understand flight principles. “I was a nervous wreck,” he said. “I thought maybe if I can better understand flying, then I could get over my fear of flying. I mean it was so unnatural before, but now it makes perfect sense.” Learning to fly was Levin’s way of tackling that fear. He poured himself into aviation and went on to earn his commercial and ATP ratings during more than 30 years as a GA pilot. To keep ultra-sharp on engine-out skills, Levin earned his commercial glider rating last year, too.

“I just do what I do to try and stay as proficient as possible and I happen to be a fanatic about it,” said Levin, who regularly flies the Trinidad to the Bahamas with his wife, Lisa, in the right seat next to him.

“You have to do everything you can possibly do to be proficient,” Levin said. “That’s the only way to be prepared. You can’t just read about. You have to have a Plan A, B, C, and a Plan D,” he said.