Get the app Get the app
Already a member? Please login below for an enhanced experience. Not a member? Join today
News & Media Big names headline AOPA Homecoming 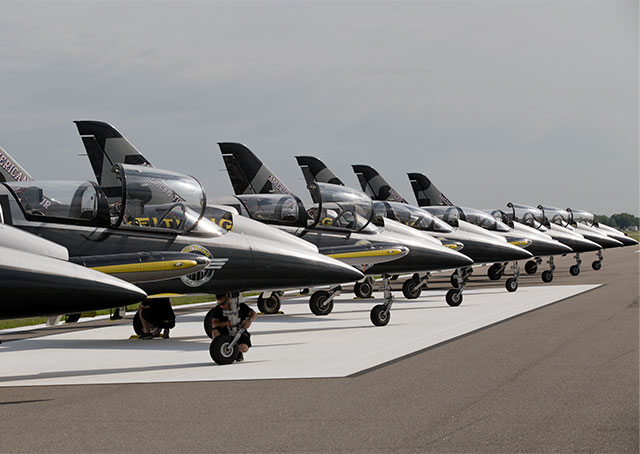 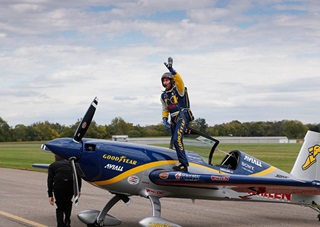 Breilting’s formation jet team will perform a fly-by of the airport between 12:30 and 12:45 p.m. before landing, and they’ll be available in the afternoon for questions from members. Plus, Goulian, who is fresh off a recent comeback in the Red Bull Air Race World Championship where he placed fourth in Rovinj, Croatia, will perform an aerobatic demonstration for attendees between 1 and 1:30 p.m. Earlier in the day at 9 a.m., Goulian will give a presentation at the Main Stage about avoiding risks while defining your limits.

Tucker, who pushes his aircraft to the limits during airshows and mentors aspiring performers, will entertain from the ground during a seminar, “The importance of challenging ourselves,” at 11:30 a.m. at the Main Stage.

Keynote speakers Hart and Lippold will speak at 10:15 a.m. Lippold, who was the commander of the USS Cole in 2000 when it was attacked by al-Qaeda in Yemen, will speak about making decisions in times of crisis at the Main Stage, while Hart will present a seminar, “NTSB 101: Emerging aviation safety issues,” at Stage 2.

Your favorite AOPA staff will be on hand too, with AOPA President Mark Baker leading a Pilot Town Hall at 2:45 p.m. at the Main Stage. Whitaker will join Baker during the Pilot Town Hall to talk about his flying experiences. Air Safety Institute Senior Safety Advisor Bruce Landsberg and Air Safety Institute Senior Vice President George Perry will speak at Stage 2 about safety issues at 9 and 11:30 a.m., respectively. Plus, you can get beautiful prints signed by AOPA’s professional photographers Mike Fizer and Chris Rose at the AOPA Media display inside the headquarters building. AOPA columnist and aviation humorist Rod Machado also will present a “Laugh and learn” seminar at 1:30 p.m. at the Main Stage.

In addition to attending seminars by aviation’s A-list speakers, you can peruse dozens of exhibits and aircraft on display, tour AOPA headquarters, and catch up with your fellow aviators. AOPA also will have a robust children’s area, making the day a perfect family outing.

Whether you are flying in or driving you, plan to come early and kick back Friday, June 5, during a Barnstormers Party where you can enjoy a delicious barbecue dinner and a special screening of Living in the Age of Airplanes. Terwilliger, who also created the popular One Six Right, will be on hand for the screening and answer questions afterward. 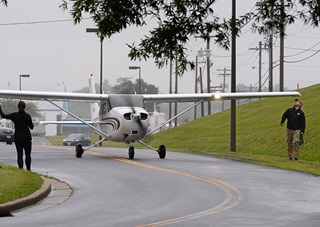 Rain or shine, the AOPA Homecoming promises to be a hit—most of the day’s activities will take place under large tents to keep you dry if it rains and in the shade if it’s sunny! If you are flying in, watch the Air Safety Institute’s fly-in video procedures and print the pilot information packet, which contains the fly-in notam, to study and bring with you to the fly-in.

Additionally, pilots should check notams before flight. The FAA has issued a notam establishing a 30-nautical-mile-radius temporary flight restriction over Wilmington, Delaware, from 9:15 a.m. until 2:30 p.m. Eastern time on Saturday, June 6. The TFR extends from the surface up to but not including 17,999 feet msl and includes an inner 12-nm-radius GA no-fly zone. A 3-nm TFR over Wilmington will be in effect on June 5 and 6. Pilots should check notams before flight and pay close attention to their flight planning and routing if flying in for AOPA’s Homecoming.

Those driving in should follow road signage for parking once reaching Monocacy Boulevard near the Frederick Municipal Airport. AOPA has compiled a list of hotels in the area where you can check in if staying for the weekend. 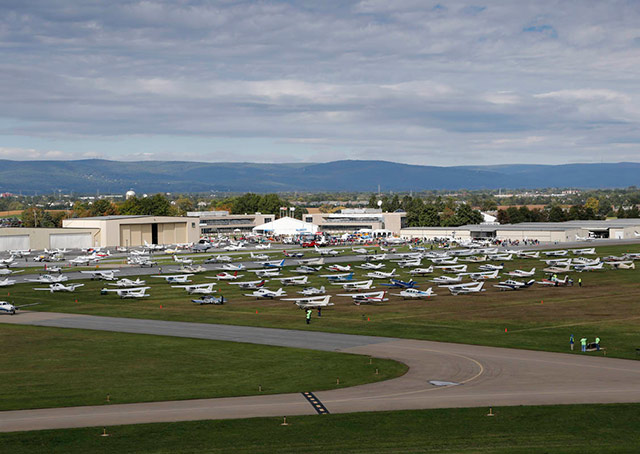