One propeller, many options 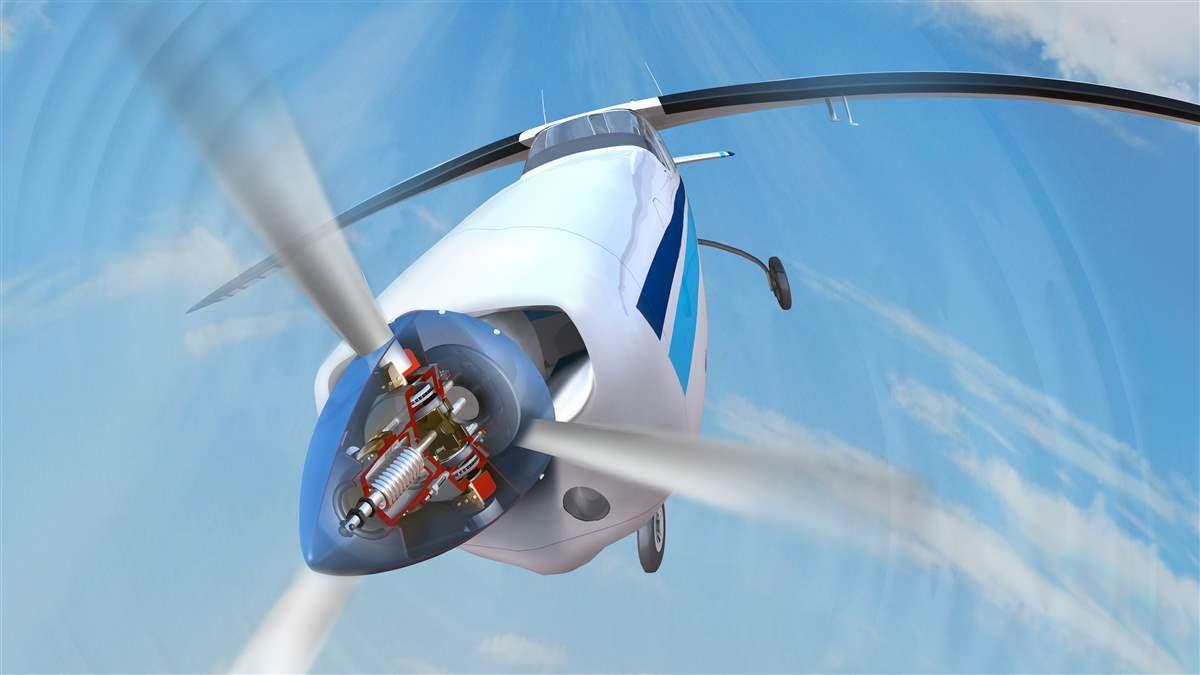 Confusion about operation of a constant-speed propeller no doubt begins with the name. Although the intent is to optimize the propeller’s efficiency to maintain constant rpm, it’s done by varying the pitch of the blades.

A fixed-pitch propeller operates at peak performance in only one phase of flight—usually climb, cruise, or something in between. Selecting one requires tradeoffs from the others. Not so with a constant-speed propeller, which utilizes a central hub that connects the individual blades. Inside the hub, oil is used to provide pressure against a cylinder and spring mechanism that either increases or decreases the pitch of each blade. Operating a constant-speed propeller is only slightly more challenging than operating a fixed-pitch propeller, and it can be easily learned with only an hour or two of training. 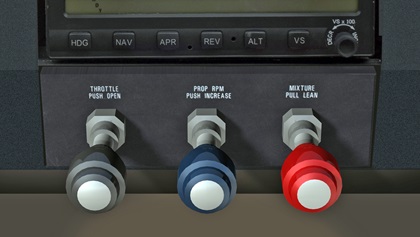 Throttle (left)—Just as with a fixed-pitch propeller, throttle controls the amount of fuel going into the engine, which either increases (by pushing forward) or decreases (by pulling back) the power. Power is measured by a manifold pressure gauge, graduated in inches of mercury.

Propeller (center)—Pull back and the blades increase in pitch, which lowers rpm. Push forward and they go flat, which increases rpm. In a multiengine airplane, if you pull the propeller control back all the way the blades will feather, or go horizontal, to reduce drag. Mixture—Controls the fuel/air mixture, just as in a fixed-pitch airplane. 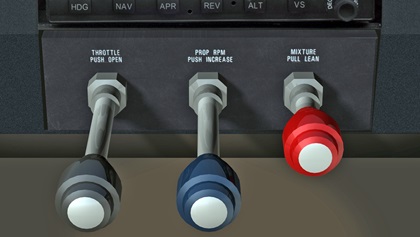 Taking a constant-speed airplane through its pre-takeoff routine is a bit more involved. The propeller control must be pulled back all the way at least once, and more may be required to check manifold pressure, rpm, and oil pressure—all of which will change as the propeller pitch changes. 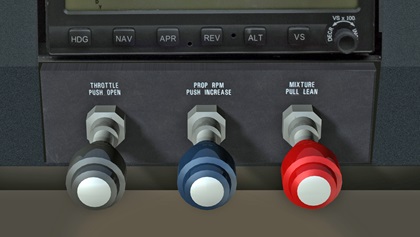 Assuming a normally aspirated engine, the engine controls will almost always be full forward for takeoff. The fuel flow gauge should be added to the scan to ensure the airplane is developing full power. 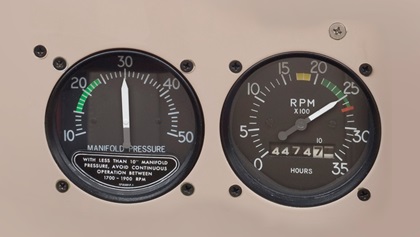 Every engine is a bit different, but in most cases initial climb is the time to bring the rpm back from peak to around max continuous rpm. In some engines you can leave full power while doing this (called oversquared), and with other engines you’ll have to pull the throttle back to 25 inches before bringing the propeller back. Matching 25 inches of manifold and 2,500 rpm is common in a climb (called “25 squared,” which is how oversquared is derived). 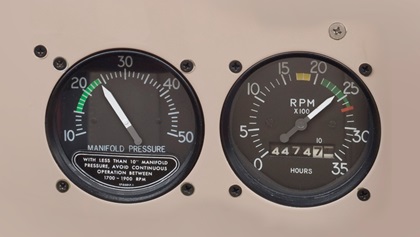 Cruise is where the real benefits of constant-speed come into play. There are dozens of different combinations of throttle and propeller that produce varying degrees of speed, range, and efficiency. Pilot’s operating handbooks generally cover a wide range of choices, and it’s up to you to determine which variable is most desirable. 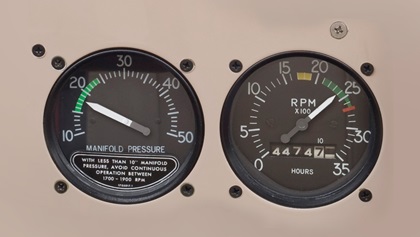 Descent offers the same choices as fixed-pitch, but with a few caveats. First is to pay attention to the rise in rpm. As you descend, the manifold reading will increase about one inch per thousand feet. 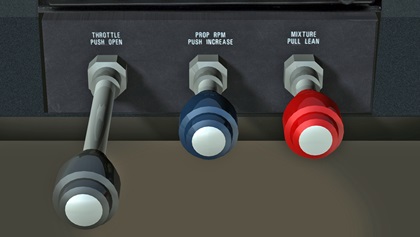 Final approach is the time to move the propeller to full forward. This is done so that, in the event of a go-around, only the addition of power is required.