Get the app Get the app
Already a member? Please login below for an enhanced experience. Not a member? Join today
We will be performing maintenance on our systems Sunday 9/19 from 12am to 6am ET. During this time, you may experience intermittent service outages. We appreciate your patience.
News & Media The weight and balance jungle

The weight and balance jungle

Let’s say you’re flying cargo in a DC-3 in the African bush. Hey, it could happen. It’s a low-budget operation, so you have to load the airplane yourself. At the first stop, the cargo consists of a baby elephant, 12 monkeys, 20 bales of cotton, three crates of bananas, and a case of whiskey. 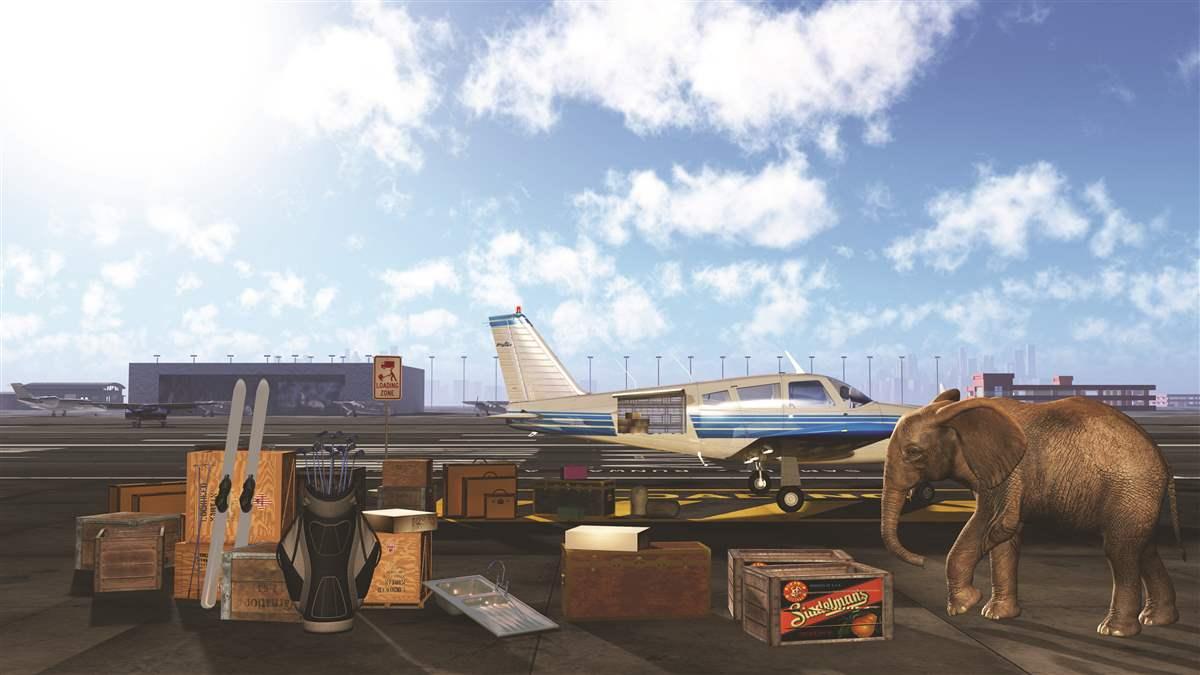 Does it make any difference where the various items of cargo are placed in the airplane?

And while it’s clear that where cargo is placed in a big airplane matters, many general aviation pilots simply don’t think this matters with the type of airplanes we fly. But I promise you that it’s possible to load a four-seat Cessna 182 just as disastrously as our fictitious DC-3 with the baby elephant in the tail. For proof, just look to NTBS accident reports, which show more than 100 weight-and-balance-related crashes in the past decade. So what’s the problem here?

I think it’s a combination of several factors. Weight and balance has always been a bit of a snoozer in ground school, and the concepts are not easily grasped. Those crazy weight-and-balance graphs with their grids, intersecting lines, and envelope markings are hardly intuitive. And to make matters worse, the flood of apps for weight and balance over the last few years haven’t helped GA pilots to better understand the science behind the glass screen.

A recent encounter with a student pilot only strengthened this suspicion. I was filling out my logbook in an FBO’s hangar after returning a rental airplane from an early morning flight. A CFI and his student were next up, and they were doing a preflight briefing on the airplane I’d just returned. The student was showing his instructor an iPhone app on which he’d run the weight and balance. The instructor was very careful to double-check the student’s entries and then nodded his approval: “Well done.”

The student showed me his app, demonstrating how to enter the data, and then proudly said, “And so long as you’re inside the yellow frame lines, your weight and balance is good to go!”

“And if you’re outside them?”

“Then you can’t fly,” said the student.

I was rewarded with a blank stare. The poor kid had no clue. He was a victim of over-automation.

Don’t get me wrong. Weight and balance apps are pretty slick—at least, as long as you understand the science that drives the app. Apps don’t replace brains—or shouldn’t, anyway. But in this case, the app lobotomized the student pilot. It gave him a fly/no-fly call, but he didn’t understand what the slick interface was telling him about the aerodynamic effects of weight and balance on his airplane.

Weight. Airplanes that are too heavy don’t fly too well. Or maybe won’t fly at all. Overweight airplanes also are more prone to structural failures in flight, and nobody wants that.

All airplanes have a certified gross weight, basically a guaranteed weight that—if not exceeded—ensures that the airplane can perform as advertised. Checking to see if you’ve exceeded your gross weight is the simple math of empty airplane + fuel + passengers + cargo.

Of course, like milk that can still be consumed after the expiration date, most airplanes will fly over gross weight. But don’t kid yourself. When you exceed your gross weight, you’ve just became a test pilot. And if you run off the end of the runway without ever getting airborne because you exceeded your gross, your insurance may not cover you. If you got away with that once, don’t assume you can get away with it a second time. How any given airplane will act, even when identically overloaded, changes with other variables such as density altitude, wind, temperature, and even runway surface.

It’s easy to overload a small airplane. For most four-seat airplanes, putting in four humans and a full load of fuel will do the trick.

I got my lesson in overweight performance 30 years ago when I was a newly minted private pilot. I was in Farmington, New Mexico, with three passengers on a warm autumn day. I’d asked the lineman (back then nobody let pilots pump their own fuel) to fill the rental Piper Warrior “to the tabs,” about 68 percent of a full fuel load, and off we went to Godfather’s Pizza for lunch.

When we returned to the airplane, the tanks weren’t full to the tabs. They were full to the brim. Being a newbie, I wasn’t sure what to do. I knew the airplane was overweight but didn’t understand my options. Of course, being young, cocky, and knowing it all, I opted for takeoff. The airport in Farmington sits on a mesa above the town, like an aircraft carrier towering above the waves. I used up nearly every foot of the 6,500-foot Runway 5, lifted into ground effect, then plunged off the mesa to the treetops below. My passengers thought it was great fun. I nearly had a heart attack. We mowed the grass all the way back to our home base in Durango. I was lucky.

Picture yourself balancing a spoon on your fingertip. If you get the spoon in the right place, the spoon will stay put all day, or at least until your arm cramps and you drop it. But if you place the spoon too far forward or too far backward it simply falls off your finger and splashes into your chicken soup.

To picture how the load in an airplane can be moved about to balance it, we need to leave the airport and go to the playground. Remember teeter-totters, aka seesaws? If a teeter-totter has two equal-weight children at equal distances from the center, it balances—or, more correctly, it will return to equilibrium if it’s disturbed.

Just like the children on the teeter-totter, if too much weight is piled aft, the nose of the airplane will want to go up. Beyond some magical point, it’s aerodynamically impossible to get the nose down. Yep—the heavier kid is sitting on your tail, and the spoon is hopelessly unbalanced.

If, on the other hand, too much weight is piled forward, the nose can’t rise, and you might not get enough angle of attack to take off.

But nothing else stays the same.

Weight and balance change in flight, and not just when you’re ferrying skydivers. As your fuel is used up, the reduced weight in the tanks can change the location of the airplane’s CG.

That’s why it’s important to check the weight and balance for both departure and for exhausted fuel. If both are within the envelope, the airplane will perform well throughout the trip. Why exhausted fuel, and not the fuel it will take to get to your destination? Because fog happens. And stronger than predicted headwinds happen. And sometimes our navigation suffers and we take the scenic route. A legal fuel reserve that leaves the airplane uncontrollable is of little use.

Smart loading. So how would you load the baby elephant, 12 monkeys, 20 bales of cotton, three crates of bananas, and a case of whiskey into our imaginary DC-3? Personally, I’d put the elephant right over the wings, near the center of the CG’s migration range. The 20 bales of cotton, weighing almost nothing, I’d put at the back. Similarly, for a light GA airplane that has only one or two people on board, it might make sense for a heavy suitcase to take a seat rather than a spot in the luggage compartment.

And I would confirm my decision by running a weight and balance calculation—for takeoff and at fuel exhaustion—using my graph, or an app.

Hey, it’s a jungle out there.