Get the app Get the app
Already a member? Please login below for an enhanced experience. Not a member? Join today
News & Media P&E: Avionics 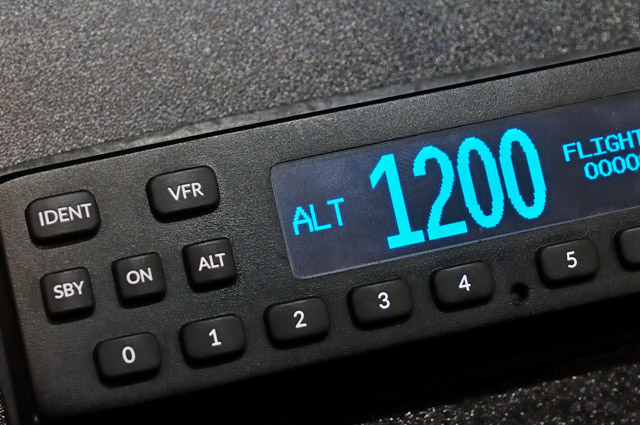 As an aircraft owner, you’re sitting up and taking notice of the FAA’s approaching January 1, 2020, mandate for ADS-B Out—generally speaking, it will be required in airspace where a Mode C transponder is required today. And under the ADS-B rule, you must maintain your Mode C transponder—which, you realize, is getting long in the tooth. Will you have to buy both an ADS-B solution and replace your transponder?

Yes—and no. As the selection of ADS-B Out products broadens, manufacturers are starting to think outside the (ADS-B) box. At the Aircraft Electronics Association convention in Dallas during April, Appareo Systems and Sandia Aerospace announced integrated ADS-B Out/transponders that take similar, and different, approaches. Both anticipate installation costs lower than those for many standalone ADS-B transceivers.

Appareo Systems, LLC—known to many pilots for its Stratus portable ADS-B In receiver, introduced in 2012—announced the Stratus ESG, its first ADS-B Out unit as well as its first panel-mounted product. It combines a 1090-MHz Extended Squitter (ES) Mode S transponder with ADS-B Out capability; a built-in WAAS GPS receiver provides the required position information.

Appareo said Stratus ESG will provide seamless integration with Stratus ADS-B portable receivers, which become the ADS-B In solution for traffic and free weather information, displayed on a tablet using the popular ForeFlight Mobile app. Owners can connect a Stratus receiver directly to the Stratus ESG, which will provide power as well as antenna feeds—meaning the receiver can be positioned essentially anywhere in the aircraft.

“We looked through a pilot’s lens and designed Stratus ESG from the ground up,” said Tony Grindberg, Appareo’s aviation business unit manager. “Our team wanted to provide a simple and affordable solution for the non-glass-panel market. We were laser-focused on developing an all-in-one-box solution to minimize installation costs for pilots.”

Installation cost is minimized because the digital transponder connects to the existing belly-mounted transponder antenna. A GPS antenna, included with the transponder, does have to be installed. For a typical single-engine piston aircraft, Appareo said that Stratus ESG will require approximately half the installation time required for a remote-mounted, 978-MHz universal access transceiver—one of the other options for aircraft owners to comply with the 2020 mandate. “While some UAT receivers are available at a lower cost, pilots are finding that the complex installation is pushing up the total expense to comply,” Grindberg said.

Using the 1090-MHz Extended Squitter as the ADS-B Out solution gives aircraft owners more flexibility—for example, the ability to operate outside of the United States, which is the only country so far to adopt the 978-MHz UAT option for ADS-B Out. “We believe that the 1090 is going to be the decision of choice for most of the aircraft,” Grindberg said. Of the first 10,000 U.S. ADS-B Out installations, two-thirds employ the 1090-MHz solution, Appareo noted.

Choosing to make the Stratus ESG a panel mount drove the decision to 1090 MHz, said Derek Aslakson, aviation product manager. “Our philosophy is that if you’re going to upgrade your panel, it looks and feels like an upgrade,” he said. “A UAT reuses an existing transponder that may fail. This is a fresh install. We think it will increase the resale value of a plane.”

Stratus ESG will be priced at $3,490, including the transponder, GPS antenna, and install kit. In most cases, it will be able to use the existing transponder antenna, Aslakson noted. The company plans to complete the final submission for certification late this year, so look for approval in 2016. 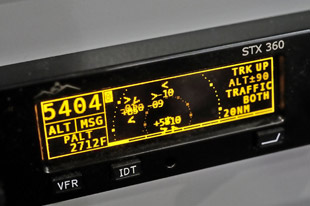 Sized to fit in the same panel space as an existing transponder, which Sandia says will save on installation costs, the STX 360 has an internal diplexer—so it requires just a single antenna, further reducing installation costs and complexity. And because the STX 360 is a combination unit, its single point of entry for the squawk code eliminates the possibility that the aircraft might report two different codes. The unit does require position information from an approved, WAAS GPS receiver elsewhere in the aircraft.

“The idea for the Sentinel came when our market research indicated that there was a need for an ADS-B solution with a transponder and UAT built in,” said Dennis Schmidt, Sandia Aerospace president. “There are a lot of transponders out there that have gone bad. Some of them can no longer be repaired,” he added.

The STX 360 Sentinel displays traffic and METARS on its sunlight-readable organic light-emitting diode (OLED) display. It also offers a wireless output capability, which will allow ADS-B In weather and traffic information to be displayed on iPads and other portable devices.

Albuquerque-based Sandia also announced the STX 180, a remotely mounted version of the Sentinel. The STX 180 incorporates the same UAT and Mode C transponder but is mounted behind the panel or elsewhere in the aircraft; it is controlled by Sandia’s ½ 3ATI control head or through other manufacturers’ compatible EFIS systems installed on the aircraft.