Get the app Get the app
Already a member? Please login below for an enhanced experience. Not a member? Join today
We will be performing maintenance on our systems Sunday, 5/22/2021, beginning at 12:00 A.M. ET and ending at 6:00 A.M. ET. During this time, you may experience intermittent service outages. We appreciate your patience.
News & Media Fuel injection systems: You still need to maintain them

Fuel injection systems: You still need to maintain them

As I noted in the last article, my airplane recently reminded me of the importance of careful preflight planning and thorough annual inspections. On the run-up check for my annual inspection, I discovered a copious amount of fuel leaking from the fuel servo/metering valve on my fuel-injected Continental IO-550-B. The internal O-rings had failed on the shaft that controls the amount of fuel fed to the fuel injectors (and linked to the throttle arm). 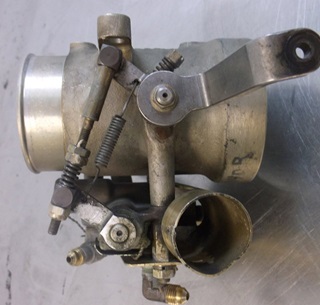 If you are flying behind a fuel-injected aircraft engine, it pays to thoroughly understand how it works, how to maintain it, and what typically goes wrong when you encounter a problem.

In the aircraft world, reliability is valued above all else. Most aircraft engine designs date back to a time when computer technology was in its infancy. A computer the size of a bus had a tiny fraction of the processing power that a child’s toy has today, and the idea of computer-controlled engines was a faraway dream.

Given that environment, simplicity was the universal key to safety and reliability. The “modern” continuous-flow fuel injection systems were exactly that: simple. As the name implies, the flow of fuel to the cylinders is continuous. There are no mechanical injectors timed to the engine. Fuel is sprayed constantly into the intake port of every cylinder, and the fuel/air mixture is drawn into each cylinder with the opening of the intake valve on the intake stroke. It’s that simple. The major advantage is that the amount of fuel can be carefully balanced to each cylinder and well atomized by the injectors.

The system itself starts at the fuel pump. The pumps on fuel-injected systems are more complex than on carbureted engines. They must keep the system pressurized, returning unused fuel to the system and removing vapor created during the pumping process. In certain variants of the Continental IO-550 series, the fuel pumps even include altitude-compensating systems that vary the fuel pressure with altitude, eliminating the need for manual leaning by the pilot during climb.

The fuel pump feeds one of the most important parts of the fuel injection system: the throttle and fuel servo or metering valve. This is the component that meters the amount of fuel sent to the engine commensurate with the amount of air coming in. TCM fuel injection systems remain extremely simple in this function as well. Fuel flow is directly linked to the position of the air intake butterfly valve. (The Bendix fuel-injection systems found on Lycoming engines are more complex in this regard, using air pressure to meter fuel flow.)

The fuel coming into the metering valve is considered “unmetered fuel,” and the unmetered fuel pressure is a measure of what is coming directly out of the pump. The fuel then flows up to the top of the engine, where the circular fuel manifold valve (or divider) sends “metered fuel” out through equal-length fuel injector lines to each cylinder. A diaphragm, spring, and plunger assembly within the manifold valve ensures that the fuel is distributed evenly and cut off properly when the pilot pulls the mixture to idle-cutoff.

The last stop in the system is the fuel injector—one per cylinder. These are carefully calibrated nozzles with air intakes that atomize the fuel as it is sprayed into the intake port of each cylinder.

The good news is that the engineers who designed these systems did their job well. The system has surprisingly few moving parts and is very reliable. The bad news is that too many aircraft owners and mechanics take this reliability for granted and neglect to properly inspect and maintain them. That’s not good news for the longevity of the engine and the ultimate reliability of the system.

Next time, we’ll cover proper maintenance of the fuel injection system and what to look for when something does go wrong. Until then, happy flying!

Jeff Simon is an A&P mechanic, pilot, and aircraft owner. He has spent the last 14 years promoting owner-assisted aircraft maintenance as a columnist for several major aviation publications and through his how-to DVD series: The Educated Owner. Jeff is also the creator of SocialFlight, the free Apple/Android app and website that maps over 20,000 aviation events, airport restaurants, webinars, and educational videos, including many how-to videos for the subjects of these articles.