Get the app Get the app
Get the latest news on coronavirus impacts on general aviation, including what AOPA is doing to protect GA, event cancellations, advice for pilots to protect themselves, and more. Read More
Already a member? Please login below for an enhanced experience. Not a member? Join today
News & Videos Training Tip: A misleading sensation 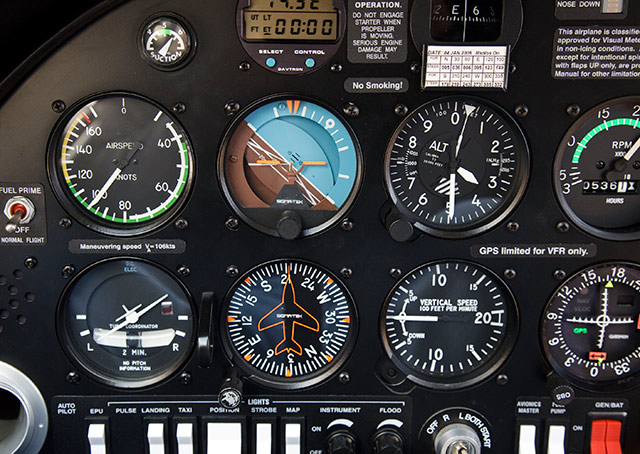 A student pilot is sitting in the left seat of a training aircraft, head down, eyes to the floor, as the flight instructor performs a series of maneuvers to demonstrate sensory illusions.

The instructor has just initiated a level, steeply banked turn, which the student pilot senses as a climb. Invited to open her eyes and scan the flight instruments, the student pilot is surprised to behold the aircraft’s attitude, and is impressed with how deceptively the level turn’s G force mimicked a sense of being in a nose-up attitude.

"Let’s try another one," the instructor says, beginning a demonstration of how recovering from a banked attitude can mimic a dive.

A good demonstration by your flight instructor is always an important component of learning a new flight maneuver or skill. When it comes to learning to control an aircraft solely by reference to instruments, nothing drives home the all-important idea of relying on your flight instruments for guidance, rather than sensory impressions, than a quality demonstration, as discussed in Chapter 3 of the Instrument Flying Handbook.

"Flying in instrument meteorological conditions (IMC) can result in sensations that are misleading to the body’s sensory system. A safe pilot needs to understand these sensations and effectively counteract them," it says.

The demonstrations, described on Page 3-7,  teach the student pilot key concepts about flight by reference to instruments including "the susceptibility of  the human system to spatial disorientation" and understanding that "judgments of aircraft attitude based on bodily sensations are frequently false."

A good demonstration also helps "lessen the occurrence and degree of disorientation through a better  understanding of the relationship between aircraft motion, head movements, and resulting disorientation." That helps “instill a greater confidence in relying on flight instruments for assessing true aircraft attitude.”

Relying on the instruments is potentially the difference between remaining in control of an aircraft that has entered instrument meteorological conditions, and having an accident—too often predictably the end of a flight in which a noninstrument-rated pilot loses control in IMC.

Applicants for a private pilot certificate with an airplane, single-engine land rating must have at least three hours of flight training on the control and maneuvering of an airplane solely by reference to instruments.

Be sure you also understand that this is minimum training offering basic tools to escape from one of the riskiest scenarios a VFR-only pilot might confront.