Get the app Get the app
Already a member? Please login below for an enhanced experience. Not a member? Join today
News & Media AOPA names Flight Training Excellence Award winners 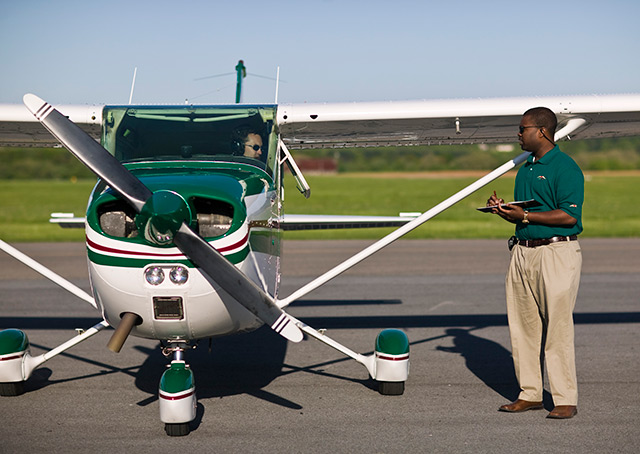 AOPA named AeroVenture Institute in Southbridge, Massachusetts, the 2015 Best Flight School and Todd Shellnutt of Atlanta the 2015 Best Flight Instructor. Aviation Adventures in Manassas, Virginia, earned the Student’s Choice Award for the fourth consecutive year after receiving the most positive student nominations of any school in the country. And Paragon Flight of Fort Myers, Florida, was named the President’s Choice Award Winner. The school was selected by AOPA President Mark Baker for its significant and innovative contributions to the flight training community.

“This year’s winners represent the very best in flight instruction, offering their students high quality training that helps them achieve their aviation goals,” said Chris Moser, AOPA manager of flight training initiatives. “All of us at AOPA are proud to recognize their achievements.”

The 2015 award winners were drawn from nominations voluntarily submitted to the AOPA Flight Training Poll by flight students. The poll consisted of more than two dozen questions designed to measure the overall performance of a flight school or instructor. Poll participants reviewed their own training experiences at 788 different flight schools and with 1,533 individual flight instructors. A complete list of the winners is available on AOPA’s Flight Training website.

The surveys were scored and ranked using statistical measures that allowed smaller schools to remain competitive while accounting for the greater weight of evidence provided by larger numbers of responses. Two questions that required open-ended responses were scored by AOPA employee-panelists who were unaware of the identity of the school or instructor being judged. Later this year, AOPA will be sharing individual reports on the Flight Training Poll results with schools and instructors that request the information.

AOPA will host an awards ceremony to recognize the winners at the association’s headquarters in Frederick, Maryland, on Dec. 2.