Get the app Get the app
AOPA Members DO more LEARN more SAVE more - Get MORE out of being a pilot - CLICK HERE
News & Media P&E: Savvy Maintenance 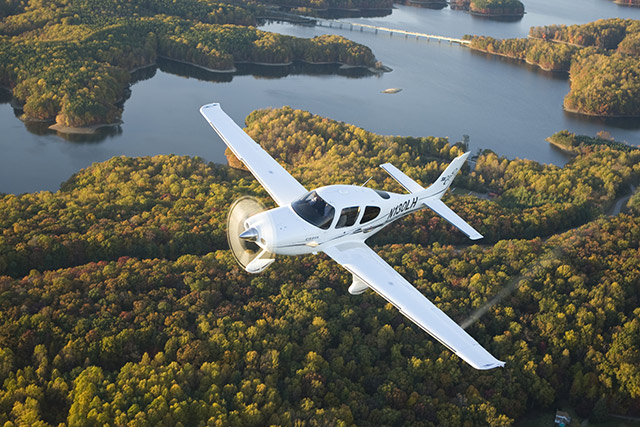 What I refer to as “maintenance-induced failures” were the subject of my June 2014 post, “The Dark Side of Maintenance,” on the AOPA Opinion Leaders blog. The post included several examples of aircraft malfunctions that were the unintended result of errors during maintenance.

One example involved an early model Cirrus SR22 that was equipped with a Sandel SN3308 electronic horizontal situation indicator (EHSI). Its owner Emailed me that he had been plagued by intermittent heading errors on the EHSI. When I questioned the owner, I learned that these problems had started about three years earlier, right after his shop performed the scheduled 200-hour replacement of the Sandel’s projector lamp. Coincidence?

I’d seen this same problem in my own Sandel-equipped Cessna 310. It’s caused by inadequate engagement between the connectors on the back of the instrument and the mating connectors in the mounting tray. It’s essential to slide the instrument into the tray as far as possible before tightening the clamp. It’s a bit tricky to do—and if you don’t, the stage is set for flaky, glitch-plagued operation of the instrument. I told the Cirrus owner how to re-rack the instrument, and his intermittent errors went away.

Later I received an Email from an AOPA member in Kansas City who said he read my blog post with interest. “I am the attorney for the mother of two deceased children who perished in a Cirrus crash,” he explained, and asked whether I’d be willing to provide expert consultation in the lawsuit. I replied that while I do quite a bit of consulting work in the field of aviation maintenance, it’s almost always defense work. I further explained that I regularly do air-crash defense work for both Cirrus Aircraft and Continental Motors, so if either was a defendant in the lawsuit—as I suspected they were—I could not serve as an expert on behalf of the plaintiff. I figured that would be the end of our Email exchange.

Out of curiosity, I searched the NTSB accident database and located the factual and probable cause reports for the accident in question. The aircraft crashed while making an ILS approach at night in instrument conditions. The pilot’s flight instructor estimated that the pilot had about 1,000 hours total time, about 650 in type, and just 75 in actual IMC.

Although the pilot filed an IFR flight plan via DUATS, there was no record of him obtaining a weather briefing, either electronically or telephonically. The area forecast called for tops to 15,000 feet and the destination TAF forecast a 300-foot ceiling in mist and rainshowers.

The crash occurred shortly after midnight, and it was pitch dark and moonless. Despite the fact that the AWOS was reporting a 700-foot ceiling and eight-mile visibility, the pilot missed his first ILS attempt and asked ATC for a second attempt. The controller instructed the pilot to turn left to a 360 heading and climb to 3,000 feet. One minute later, the pilot told ATC, “I need some help.” That was his last transmission.

Radar track data showed that after the missed approach, the aircraft turned left to maintain a ground track of about 65 degrees while climbing to about 2,800 feet. The aircraft then entered another left turn and descended into the ground at about 6,000 feet per minute. The debris field extended less than 150 feet from the impact crater. The propeller exhibited S-bending and chordwise scratches, indicating the engine was making power at impact. Investigation of the airframe and engine revealed no evidence of preimpact failure or malfunction. The Cirrus was equipped with a CAPS ballistic parachute system, but there was no indication that the pilot tried to activate it.

Not surprisingly, the NTSB placed the blame for this accident squarely on the pilot in command’s shoulders, attributing the probable cause to, “The pilot’s loss of airplane control as a result of spatial disorientation experienced in night instrument meteorological conditions.”

Something the NTSB didn’t say—but I will—is that if you shoot an ILS in night IMC and wind up going missed, attempting the approach a second time is a sucker’s bet. The smart move is to divert to your alternate where the weather is decent, check into the local Motel 6, and lick your wounds.

Clearly, however, the plaintiff lawyer had a very different take on the situation. He was determined to convince a jury that it was the airplane’s fault—perhaps the fault of its Sandel EHSI that might not have been fully engaged in its mounting rack—and that Cirrus Aircraft and Sandel Avionics should be held financially responsible for the crash.

I don’t blame the attorney. His job, after all, is to obtain as much monetary compensation as possible for his client, the poor mom who tragically lost two kids in the crash. Unless the deceased pilot was an extraordinarily high-net-worth individual, the only place that money could come from would be the hardware manufacturers, who carry lots of product liability insurance. That’s why whenever an airplane crashes and people are seriously injured or killed, the manufacturers get sued.

While I can’t blame the lawyer for seeking redress from the manufacturers, I can’t bring myself to help him, either. My sympathy for the mom doesn’t blind me to the fact that the real loser in these lawsuits isn’t the manufacturer defendants or their insurance companies—it’s us, the aircraft owners and pilots. Insurance companies pass the ridiculously high cost of defending, settling, and even occasionally losing such lawsuits to the manufacturers in the form of punitively high insurance premiums. The manufacturers, in turn, pass the cost of those premiums on to us in the form of punitively high prices for aircraft, engines, propellers, avionics, instruments, and repair parts.

There’s no free lunch in aviation. And we’re the ones who seem to wind up picking up the check.

NTSB investigators found no evidence of equipment failure, but for the sake of argument, let’s imagine that the plaintiff attorney was right and the Sandel EHSI went berserk at the worst possible moment. The way I look at it, instruments and avionics are expected to fail from time to time. That’s why our aircraft are required to be equipped with backup instruments, and why we spend so much time learning how to deal with such failures during initial and recurrent instrument training.

In cases like these, the buck still stops with the PIC. He’s supposed to be able to fly the aircraft even when instruments or avionics fail. If he doesn’t prove to be up to that task, it’s wrong to blame the hardware.

I guess it’s a good thing I’m not a plaintiff lawyer; I’d make a terrible one.