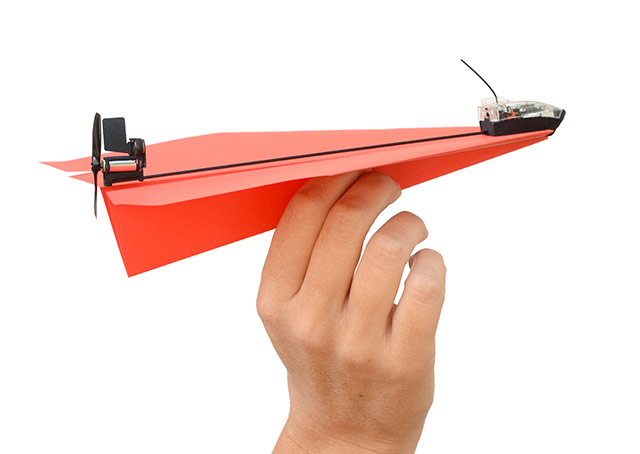 Branford, Connecticut, attorney Peter Sachs is having entirely too much fun with drones. He has made them his legal specialty, has founded the Drone Pilots Association, and now emerges as victorious FAA critic. He got the agency to approve a powered paper airplane for commercial drone operations just to make a point: In his opinion, case-by-case approvals are not handled properly.

“Mr. Sachs submitted a valid petition for exemption, and we granted the requested relief,” said an unamused FAA official.

Sachs now has an official FAA Section 333 Exemption to conduct aerial photography and videography with a PowerUp Toys 3.0 drone by Tailor Toys of Israel, a company that began two years ago after raising $1.2 million on Kickstarter and has sold 120,000 units of the toy. You’ll find the company’s products just about anywhere—Toys R Us, Barnes & Noble, Amazon.com, even Fat Brain Toys in Elkhorn and Omaha, Nebraska.

A spokesman for Tailor Toys said the PowerUp 3.0 won’t even lift a camera, but just you wait until the fall when a new model is released. That one’s taking a camera for a ride. Tailor Toys founder Shai Goitein was quoted by the spokesman as thinking the FAA approval was “hysterical.” Goitein was teaching aerodynamics to immigrant children when he looked at his paper airplane and wondered how he could keep it aloft longer. A specially designed motor, propeller with rudder, and a receiver for signals from a cellphone was the answer. The battery gives out in 10 minutes and then it’s a child of the wind. 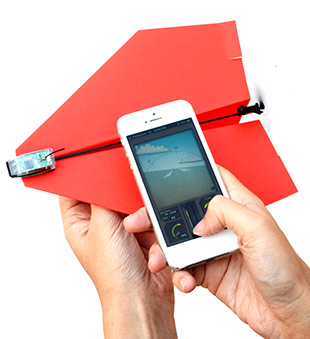 It also seeks its own destiny if the radio range of 120 feet is exceeded and control is lost.

Sachs is flush with victory. “With this grant the FAA extended the federal definitions of ‘aircraft’ to include pieces of paper which have been flown harmlessly in the skies for about 2,000 years,” he said. Sachs said tongue-in-cheek that the ruling means paper airplanes can’t be flown in sports stadiums under temporary flight restriction areas, or in the flight restricted zone around Washington, D.C. (Fact check: The website www.paperplanemafia.com contends the first ancestor of the paper airplane was developed in 1799 by Sir George Cayley. As you know, the Internet is never wrong.)

So now he is approved as an “operator” or “grantee,” but he still needs someone with at least a Sport Pilot certificate who meets pilot currency rules to fly it legally. As an out-of-currency JetRanger helicopter pilot, he estimates it would take oodles of money for him to legally operate the PowerUp 3.0. “Whether I ever actually use my new paper airplane exemption remains to be seen,” Sachs said.

The $50 PowerUp 3.0 is good, but there have been questions about its claim for the longest paper airplane flight in the past. World paper-airplane endurance champion John Collins (Watch his design win on YouTube.) was unfairly challenged by Dutch television show Man vs. Machine to pit his powerless paper airplane against a PowerUp 3.0, but he still won. At a rematch against Tailor Toys, company spokesman Chris Michaels defended the honor and reputation of the 3.0 and bested Collins. “I beat John badly,” Michaels said. 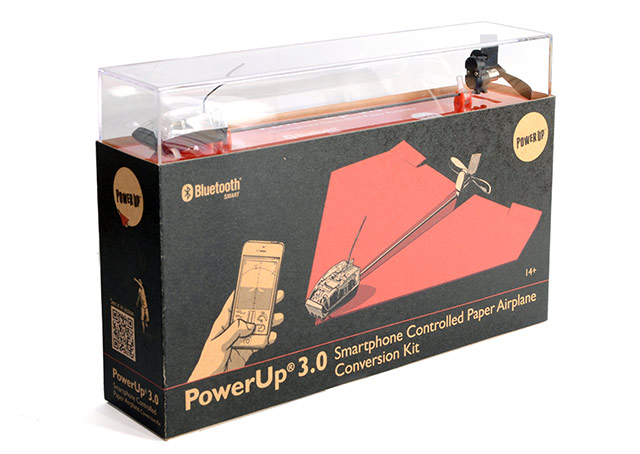