On weddings and flight tests 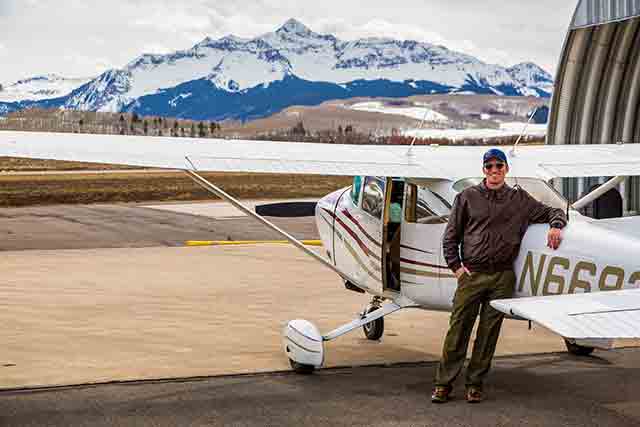 Flight tests are a bit like weddings. Everyone wants theirs to go perfectly, but sometimes problems or distractions, when resolved, enrich the experience. Each of these life events usually goes smoothly, but you’ll occasionally hear horror stories. Jean and I once attended a wedding reception where the restaurant caught fire, forcing the bridal party and guests onto the lawn with firefighters.

As with weddings, you can never know whether pilot checkrides are “good,” or “bad,” until afterward. The obvious measure is whether you pass or fail. Common wisdom says that sooner or later, every pilot fails a flight test—fortunately, that’s not the blot on one’s record pilots often worry about. But sometimes a failed test teaches valuable lessons. My own worst flight test was not the one I failed, but one I passed.

On my instrument practical test, I confused my position on an instrument approach, turned, and started down at the wrong fix. The examiner’s questioning helped me figure it out, but afterward I pondered if and when I’d have caught the error on my own. Although I learned the relevant lesson, it seemed at the time I should have failed, so there was little joy in taking the new rating home. The experience haunted me until I got more instrument flying under my belt. 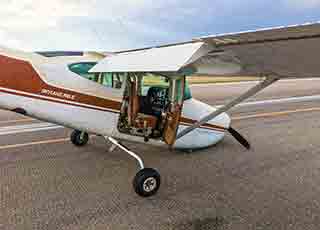 “I passed the oral portion of my initial flight instructor practical test last month, but did horribly on the flight portion. This came down to being at an unfamiliar airport, having little recent time in the Cessna 182RG I tested in, general checkride jitters, and fatigue. Any one of those I’d have probably been able to deal with, but all three was too much. Live and learn. So I rescheduled the flight portion for two weeks out, and committed to flying the RG as much as possible until then, which ended up approaching 20 hours.”

The weather was good for Fuller’s retest, and the airplane checked out fine on preflight. Fuller first demonstrated normal and soft-field takeoffs and landings. Then, they proceeded to the practice area.

“All the normal flight maneuvers went great. Then came emergency engine-out landings. The gear warning horn sounded when I reduced power, but I wasn’t concerned because the retractable landing gear was not yet down. I picked an emergency landing site and lowered the gear handle, but although the gear extended and appeared to lock, the warning horn stayed on. I cycled the gear several times, but still didn’t get a ‘down-and-locked’ indication. By now there was only time for memory items. After checking that the examiner hadn’t sneakily pulled the landing gear circuit breaker—he hadn’t—I pumped the manual extension handle to confirm hydraulic pressure, to no effect.”

The examiner’s preflight briefing had covered emergencies to be addressed on the checkride. But this wasn’t on the list.

“Is this part of the test?” Fuller asked. “Or is the gear having problems?”

“Nope, this is real,” said the examiner. Fuller broke off the approach and climbed to altitude, completing his final flight maneuver required for the test.

“Heading back to Centennial Airport, I cycled the gear three or four more times and performed the full manual-gear-extension checklist, but the warning horn stayed on. Visually, the main gear and nosewheel (seen through a wing-mounted mirror) appeared down. So at this point we were pretty sure the problem was a sensor issue, and were taking precautions, just in case. Approaching the airport, I requested a low pass for the tower to double-check the gear. They said it looked fine.”

Fuller’s final checkride requirement was a short-field landing, which the examiner modified to a short/soft-field landing since they weren’t sure what the gear would do.

“It was probably my best-ever soft-field landing!” Fuller said. “I touched down on the main wheels and held weight off the nose as long as possible. It came down gently as the elevator lost authority, but after rolling a few seconds the nosegear collapsed.” After the airplane stopped, Fuller and the examiner jumped out. A ground ops crew came to check on them, cancelled the airport fire truck, and arranged to tow the airplane off the runway.

Fuller felt a bit shaken calling the control tower on a handheld radio from the runway, but he calmed down riding back to the flight school. There, he and his examiner completed FAA and NTSB paperwork.

“I still needed to teach the examiner shutdown and tiedown procedures, so we completed those using a 172 on the ramp,” said Fuller. “Later, I heard him tell the FAA inspector regarding the landing gear failure, ‘It was textbook—the pilot did everything right.’”

Remember that wedding party forced outside by fire? Initially there were tears, but after the chef barbecued dinner on outdoor grills, the bride posed for photos cradled by the hunky fire crew. (Jean claims that’s every woman’s dream.)

If you’re like most pilots you worry that turbulence, mechanical anomalies, or other unexpected factors might cause you to fail your next flight test, but the truth is that seeing you ably handle adversity is a big plus in your examiner’s book. Hopefully it won’t be as extreme as Fuller’s was. But could anyone doubt his competence after such a performance? As Fuller says, “How many pilots can say they ‘crashed’ a plane on a checkride, an initial CFI checkride no less, and still passed?”