Get the app Get the app
Already a member? Please login below for an enhanced experience. Not a member? Join today
News & Media The Case of the Mysterious Lever

The Case of the Mysterious Lever

The Case of the Mysterious Lever 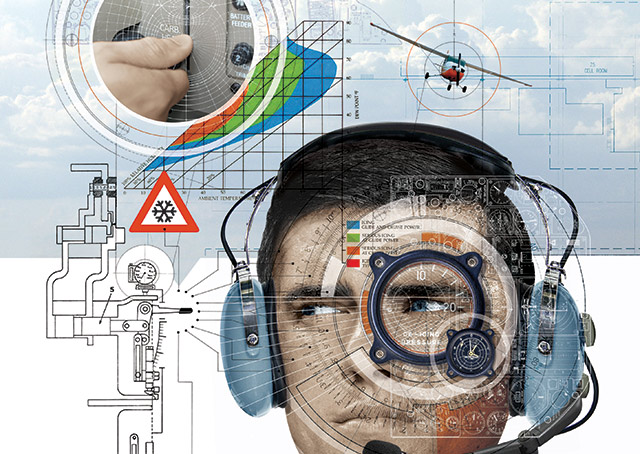 The carb heat is on the checklist, so you pull the lever. But when was the last time you really thought about what the lever does? It prevents carb ice, right? Quick quiz: Is carb ice more likely in hot or cold conditions? 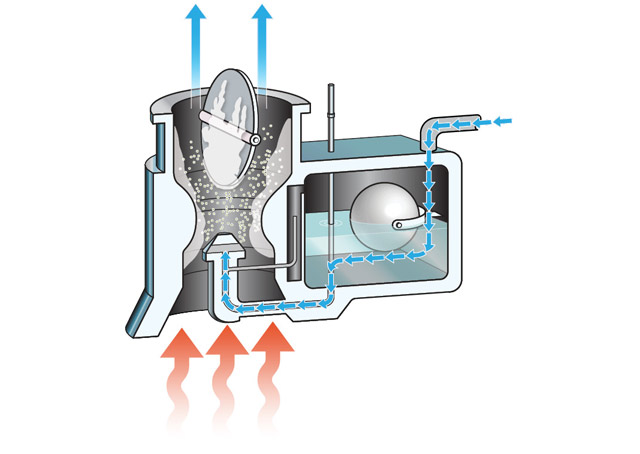 When Carburetor heat is applied, hot air flows into the carburetor to melt ice that may have built up in the venturi.

Carb ice forms when water vapor in the air condenses inside the carburetor when the temperature is at or below freezing. Data from the National Transportation Safety Board show that carb ice was a cause or factor in 250 accidents from 2000 to 2011. In its safety alert on the subject, the NTSB stated that accident evidence shows that many pilots “inaccurately believe carburetor icing is only a cold- or wet-weather problem.”

Now wait a minute. If the recipe for ice is high humidity and low temperature, shouldn’t it be a cold- and wet-day problem?

The carburetor’s job is to mix fuel and air into an ignitable vapor. The design of the carburetor includes a narrow, hourglass-shaped air passageway called a venturi. At the narrow part of the venturi, the inbound air speeds up, causing a low-pressure stream of air. The fuel vapor is injected into this low-pressure stream, because fuel will mix with air more readily at a lower air pressure. Remember Bernoulli’s principle from ground school?

It’s mind-bogglingly complex and elegantly simple at the same time. But what’s relevant to carburetor ice is that as the air velocity increases and the pressure drops, a transfer of energy takes place, and the column of air screaming through the carburetor air cools—up to 70 degrees.

That’s why carb ice isn’t just a cool-day problem. Carb ice can form when it’s 102 degrees Fahrenheit outside your airplane.

While carb ice theoretically can form at any temperature and at humidity as low as 30 percent, the sweet spot for carb ice is between 50 and 70 degrees F, when the humidity is greater than 60 percent. If it’s crazy hot outside (say, more than 102 degrees F), the carburetor generally won’t be able to cool the airflow enough to reach the freezing point; if it’s already well below freezing, ice crystals in the air will zip right through the carburetor without sticking to anything.

At some point most flights will pass through a zone of conditions favorable to carb ice.

Of course there’s more to it than just the temperature and the humidity. Carb ice probability is affected by power settings, fuel type, and even what model of airplane you are flying.

Factors affecting carb ice. Carb ice is much more likely when power is reduced, which is why it’s part of the landing checklist. This is largely because of the fact that at lower power settings the engine is running cooler, thus providing less ambient heat to the air passing through the system. Less complete fuel vaporization also plays a role in the increased risk of carb ice at low power.

And speaking of fuel, what’s the tiger in your tank? If your aircraft is approved for mogas and you use it, you are more likely to experience carb ice than if you flew the same airplane with aviation fuel in the tanks. This is because unleaded automotive fuels absorb more heat from the mixing air than 100LL does.

Different airplanes have different risk factors for carb ice. For instance, single-engine Cessnas are more likely to experience carb ice than single-engine Pipers—even when comparing aircraft with similar engines and carburetors. This is because of differences in airflow and, thus, engine heat from the design of their cowlings. In fact, many Cessna pilot’s operating handbooks call for using carb heat any time power is reduced below the green arc on the tachometer, while Piper POHs usually state that carb heat should be used during descent “if icing conditions are suspected.” The Remos GX Light Sport aircraft POH recommends turning on the carb heat before any descent.

The NTSB’s safety alert on carb ice also pointed out that we pilots frequently don’t use carb heat “according to the aircraft’s approved procedures.” So check your POH and know when the people who built your airplane think you should use carb heat.

If carb ice forms, what will you experience? The first symptom of carb ice is a reduction of power or a rough-running engine. In an airplane with a fixed-pitch propeller, the rpm will drop. In airplanes with a constant-speed propeller, you’ll see a drop in manifold pressure with no reduction in rpm, as the system will adjust the pitch of the propeller to compensate for the dropping power.

In theory, of course, if you take no action, the engine will cut out.

What action should you take? Pull your carb heat lever, of course.

How does carb heat work? Carb heat redirects hot air from the exhaust manifold into the carburetor to raise the temperature and melt the ice. This causes up to a 15-percent reduction in power. More correctly, pulling the carb heat lever in the absence of carb ice causes a reduction in power because the hot air is less dense and has the effect of enriching the fuel/air mixture. If carburetor ice is present, the power reduction will be followed by an increase in engine power as it begins to clear the ice out of the carburetor.

How long will it take to clear? That depends on the amount of ice, the temperature, and the humidity. It can range from seconds (which will seem like minutes) to minutes (which will seem like hours). The Pilot’s Handbook of Aeronautical Knowledge tells us that the typical time range is 30 seconds to “several minutes.” It’s important to leave the carb heat on long enough to ensure that all the ice is melted, and it’s prudent not to turn off the carb heat until the airplane has passed out of the icing conditions.

Meanwhile, changes in moisture, pressure, and temperature inside the carburetor shift rapidly with the melting ice, requiring leaning of the mixture to keep the engine running. And it might take more than a little. Quoting Jerry L. Robinson, professor emeritus with the Henderson State University aviation program, “sometimes it takes some pretty radical leaning.”

The best plan, of course, is to start using carb heat as a prophylactic. Engage it when you know conditions are favorable for carb ice, before any ice starts to form. Failing that, apply it at the first sign of build-up.

But what if you blow it, and the ice sneaks up on you? What if you pull the carb heat lever on too late and the engine fails? Most POHs recommend establishing best glide, leaving the carb heat on, and attempting a restart.

But as a last resort—at the risk of catastrophic engine damage—Advisory Circular 20-113 suggests that pilots induce backfire with their mixture control. This is accomplished by over-leaning the engine. None other than ace aviation writer and author Robert Buck claims to have twice done this successfully: once during a double-engine power loss in a Douglas DC–2, and again in a single-engine Culver Cadet.

So it makes sense that pulling the carb heat lever is part of our landing checklists. With reduced power and in-flight temperatures and humidity ranges at airports that are commonly in the danger zone for carb ice, it’s more than an ounce of prevention.

But it’s also part of the runup checklists in most POHs. This is simply to make sure it’s working before you take to the air.

Is there any other time it make sense to use carb heat? During extended ground operations in high humidity. While carb heat shouldn’t be used when actively taxiing because it’s unfiltered air that could suck in ground debris, carb heat should be considered when holding on the ramp for extended periods of time to ensure that you don’t develop carb ice on the ground before takeoff.

And remember, even on a hot day when you’re sweating in your cockpit, your carburetor is cool as a cucumber. Or worse. It might be ready to start making snow cones.