Get the app Get the app
AOPA will be closed July 4th, in observance of the Independence Day holiday. We will reopen at 8:30 am ET on Tuesday, July 5.
News & Media Floatplane flying fun

Perched on Puget Sound and nearly surrounded by water, it’s no wonder Seattle-Bremerton has an abundance of floatplane pilots. Born of necessity and fostered by an active aviation community, at least three flight schools offer seaplane ratings that open up new horizons. 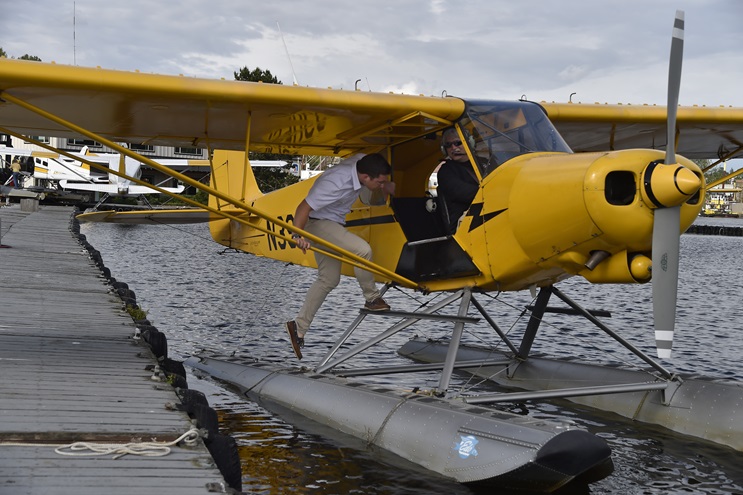 Kenmore Air Harbor seaplane instructor Sean Brady worked the cockpit of the straight-float-equipped Piper Super Cub like a pro. Wind and wave direction noted, Brady’s arms were a blur of movement as he configured the yellow bird for flight. Flaps down, water rudders up, carburetor heat cold, mixture full rich, stick full back, and throttle forward all seemed to happen at once.

After power was applied, the aircraft transitioned from a tail-low drag-inducing position and onto its planing point “on the step” of Lake Washington’s surface. The Super Cub’s nose lowered just a bit before the aircraft rocketed forward shaking free of its bounds, leaving a frothy wake on the lake and a wide grin on its pilot. 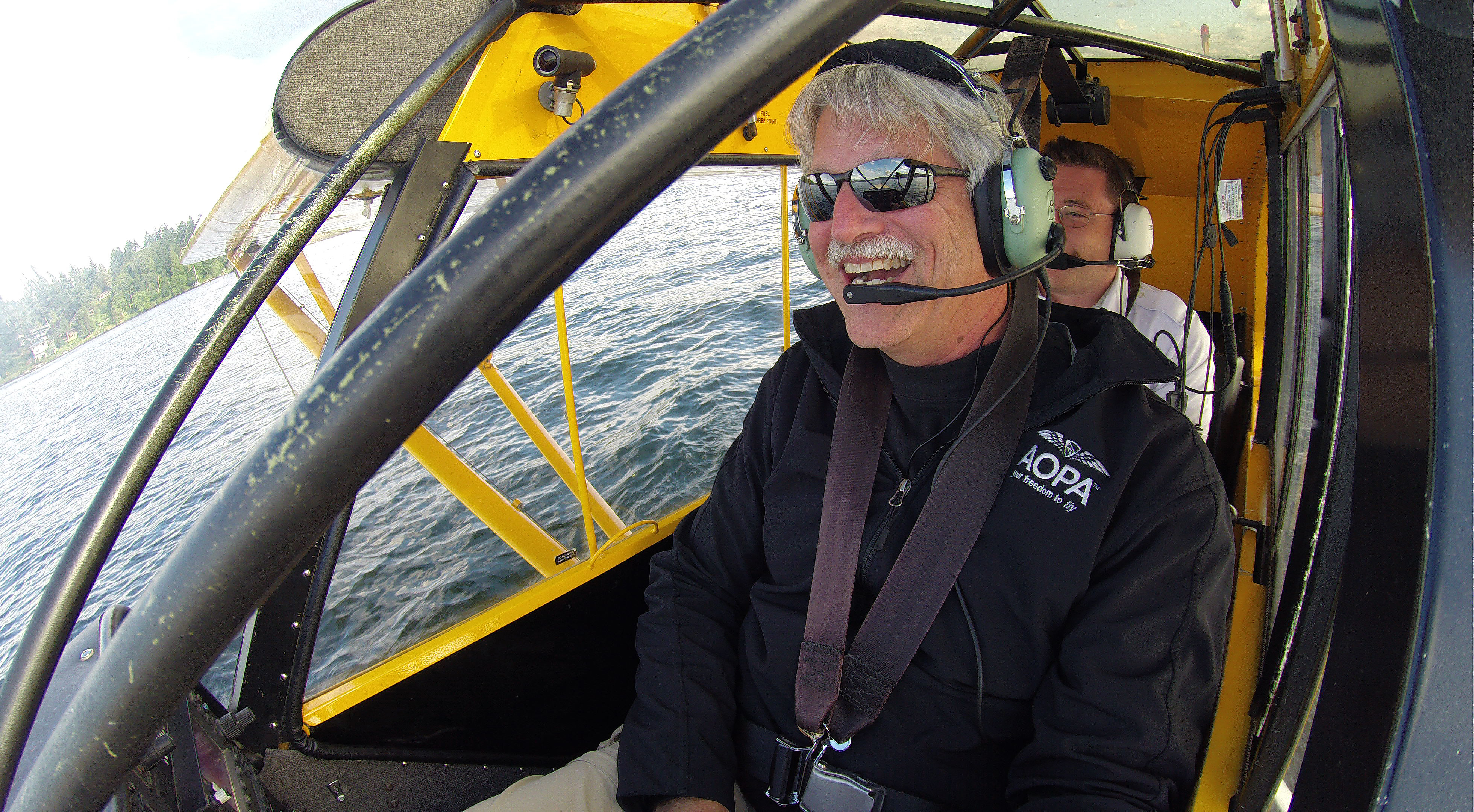 When pilots talk about the fun of seaplane flying, many remember that special moment of liftoff to be the hook, line, and sinker that spurred them toward a seaplane rating.

For those interested in a new adventure while attending AOPA's Bremerton Fly-In, Kenmore, Rainier Flight Service, and Seattle Seaplanes offer lessons for pilots to add a seaplane rating, and it can be done in as little as two days.

Lessons begin on the dock with instructors reviewing basic principles of aircraft handling with students; the procedures involved in takeoffs and landings; and, more importantly, how to get away from the dock in the first place. Seaplanes are virtually always in motion once they are taxiing. Brady explained how water rudders, which are raised for takeoff and lowered for taxiing, keep the aircraft pointed in the correct direction.

Although the entire water body’s surface can be considered a runway, reading the wind and waves is a critical component for smooth, safe takeoffs and landings. Brady analyzed the surface like a professional golfer reads greens. “Waves smear in the direction of the wind travel,” Brady said, “and the aircraft will naturally weathervane into that wind.” Wind socks, flags, smoke, and other vessels, he said, give clues about the wind’s direction. Its velocity is determined by streaks (8-9 knots), whitecaps (12-15 knots), and waves (25 knots or more and a no-go situation for the Super Cub).

In the air, a floatplane flies pretty much the same as a land-based airplane, Brady said, “but there are a few things that can bite you on landing.”

Compared to a wheeled airplane, the flare is more gentle and gradual “and sometimes it can be very easy to misjudge how high you are above the water.” If a pilot “digs in” on a landing it’s very possible the aircraft will flip over. To avoid that, Brady advised flaring a little higher with “very small pitch adjustments until you get to the step angle” for landing. “Carry a little more power into a landing if you get too slow.”

He said the other thing to remember about water landings is that “water isn’t compressible,” so landings are naturally a little rougher than the suspension-cushioned squeak of pneumatic tires on pavement. In this aquatic environment, seaplane pilots also need to be aware of other boat traffic sharing the waterway.

As he taxied toward the dock with the Super Cub acting more like a boat than an aircraft, Brady soaked up the afternoon’s last rays of sunshine and thought about his own lessons. Learning the step angle’s sweet spot was the biggest hurdle he had to overcome, and he said it took a lot of practice.

“Finding the step angle is all about sight angle and feel. That’s the most essential part of seaplane flying.” 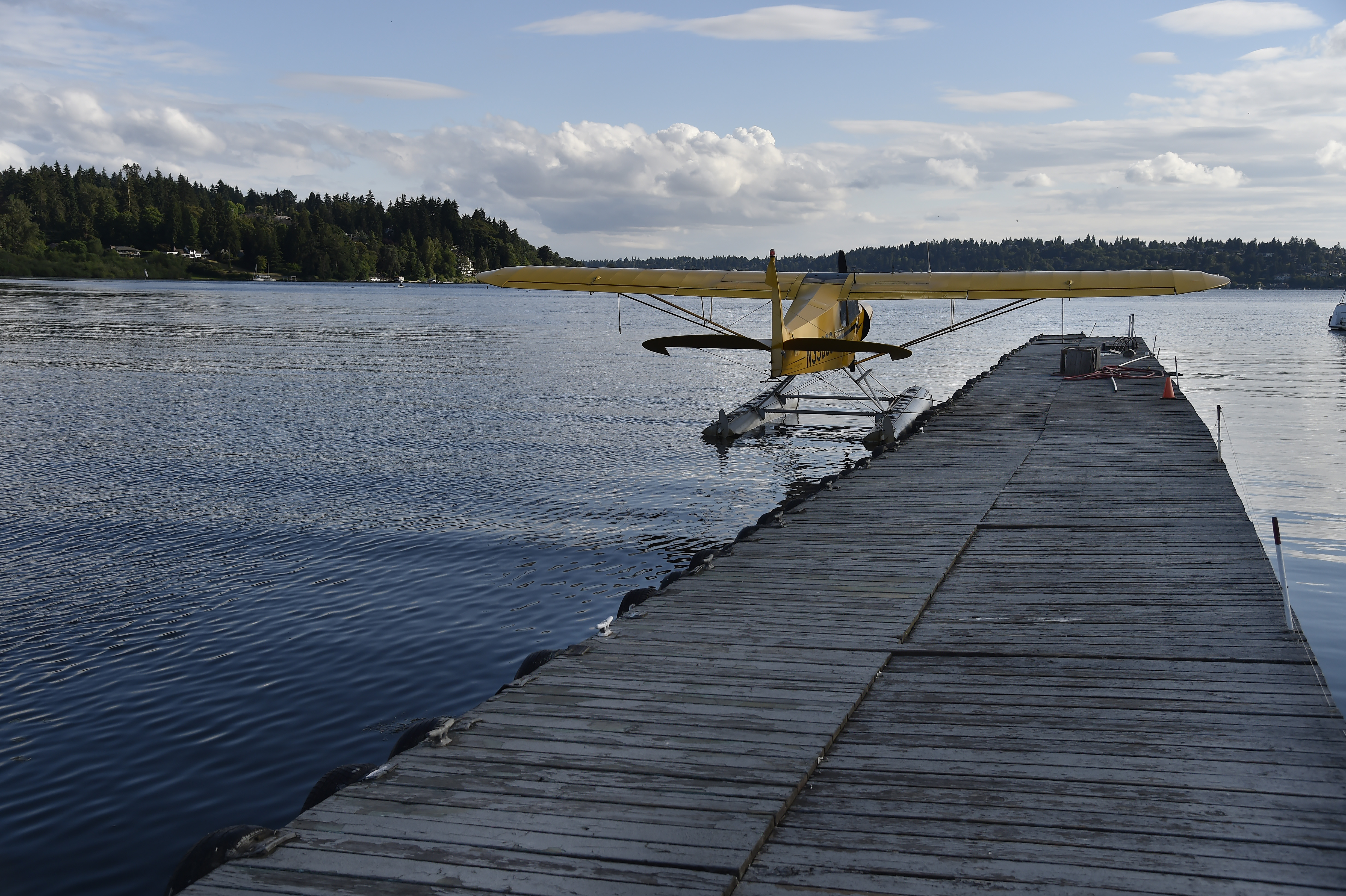