Get the app Get the app
Get the latest news on coronavirus impacts on general aviation, including what AOPA is doing to protect GA, event cancellations, advice for pilots to protect themselves, and more. Read More
Already a member? Please login below for an enhanced experience. Not a member? Join today
News & Videos 'Nall Report' notes progress

Efforts by a broad coalition of organizations, agencies, and individual pilots who are all committed to improving general aviation safety have been rewarded by encouraging signs of progress. The AOPA Air Safety Institute has published the latest edition of a seminal publication that examines GA accident trends in detail. 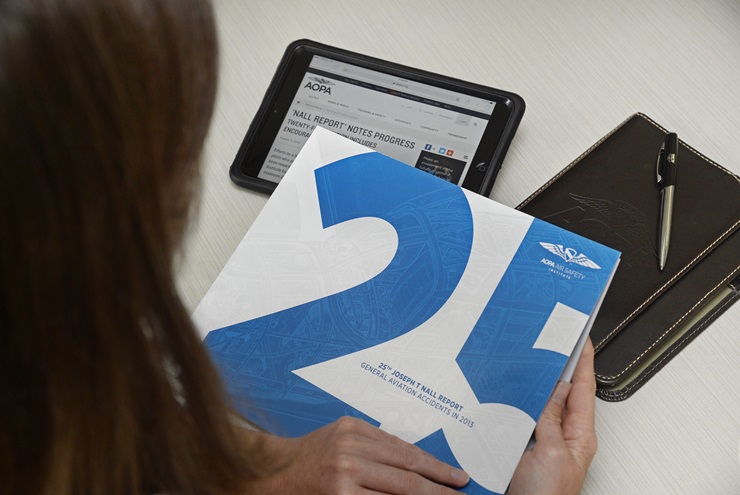 For the first time in the 25-year history of the Joseph T. Nall Report, the rate of fatal accidents in noncommercial, fixed-wing aircraft dropped below 1 fatal accident for every 100,000 flight hours. It remains to be seen if this decline will be sustained. Preliminary data on more recent accidents show a small increase in the fatal accident rate, though it remains among the three lowest on record and well below the 10-year moving average. The overall accident rate (5.73 accidents per 100,000 flight hours in 2014) did not change significantly.

The Nall Report provides the most comprehensive analysis of GA safety available. The latest edition includes analysis of data through 2013, the most recent year for which data including NTSB probable cause findings, aviation activity surveys, and other relevant data sets are available in final form. (A handful of the 2013 accidents remained under investigation when the data were “frozen” for the latest edition of the report.) The report covers all types of GA activity in the United States, a definition that excludes only scheduled airline flights and uniformed military service flight activity.

Accident rates have always been difficult to calculate with precision, given the inherent variability in aviation activity survey response rates by individual aircraft operators, though the response rate has improved in recent years amid concerted effort by many organizations working with the FAA to promote participation. Even with some uncertainty remaining, the picture that emerges in the details documented in the 40-page report is encouraging, notes AOPA Air Safety Institute Senior Vice President George Perry in his publisher’s note:

“Whether it’s regulatory reform with the long-awaited FAR Part 23 rewrite, programs like NORSEE [non-required safety enhancing equipment, an FAA program] that allow safety innovations into the cockpit, or the FAA’s updated compliance philosophy, I can’t recall a time where industry, government, and associations have been so well aligned to help improve general aviation safety,” Perry wrote. “The AOPA Air Safety Institute will continue to do its part by working cooperatively with the government, industry, and other associations and by providing free safety education to hundreds of thousands of pilots each year.”

There were 1,185 GA accidents in 2013, involving 1,194 individual aircraft. A total of 363 people were killed in the 205 fatal accidents, a 4-percent decline from the previous year. Noncommercial fixed-wing accidents resulted in 50 fewer deaths, a 15-percent reduction that was partially offset by increases in deaths related to noncommercial helicopter accidents (13 more deaths, a 45-percent increase); commercial fixed-wing flights (an increase of 20 fatalities over 2012, or 250 percent); and commercial helicopter operations (two additional fatalities, an increase of 33 percent).

While the FAA estimates that noncommercial flight hours declined in 2013 (7 percent for airplanes and 10 percent in helicopters), the number of accidents declined more sharply (by 18 percent and 17 percent, respectively). This resulted in the lowest noncommercial fixed-wing accident rate recorded in the 25-year history of the Nall Report: 5.79 accidents per 100,000 flight hours. It was also the first time on record that the fatal accident rate for this type of flying fell below 1 per 100,000 flight hours.

AOPA continues to collaborate with federal regulators and safety officials, along with other aviation organizations in a wide-ranging effort to improve safety. The AOPA Air Safety Institute has created educational content and programs that specifically target the leading causes and circumstances of GA accidents: loss of control, along with the takeoff, landing, and go-around phases of flight. These have been the leading causes of accidents and fatalities for decades. The AOPA Air Safety Institute held in-person seminars to improve pilot knowledge about these high-risk areas, and also is in the thick of work being done on various initiatives that may lead to further changes in pilot training.

Perry notes that technology that improves situational awareness in the cockpit also will play a crucial role in reducing accidents and injuries, and is moving forward on multiple fronts including the overhaul of aircraft certification regulations, and the creation of alternative pathways to retrofitting certified aircraft with modern and low-cost technology such as angle of attack indicators and electronic attitude indicators. Many of the fruits of these efforts were on display at EAA AirVenture in July.

“There is good reason to be optimistic as general aviation moves forward,” Perry wrote. “I am encouraged by the achievements to date and the positive safety trends that this Nall Report details.” 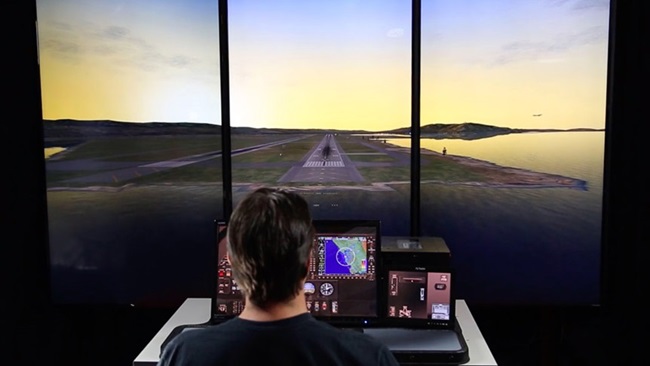