Musings: When the stars align

Sometimes waiting for the stars to align takes a long time. But it’s worth the wait. 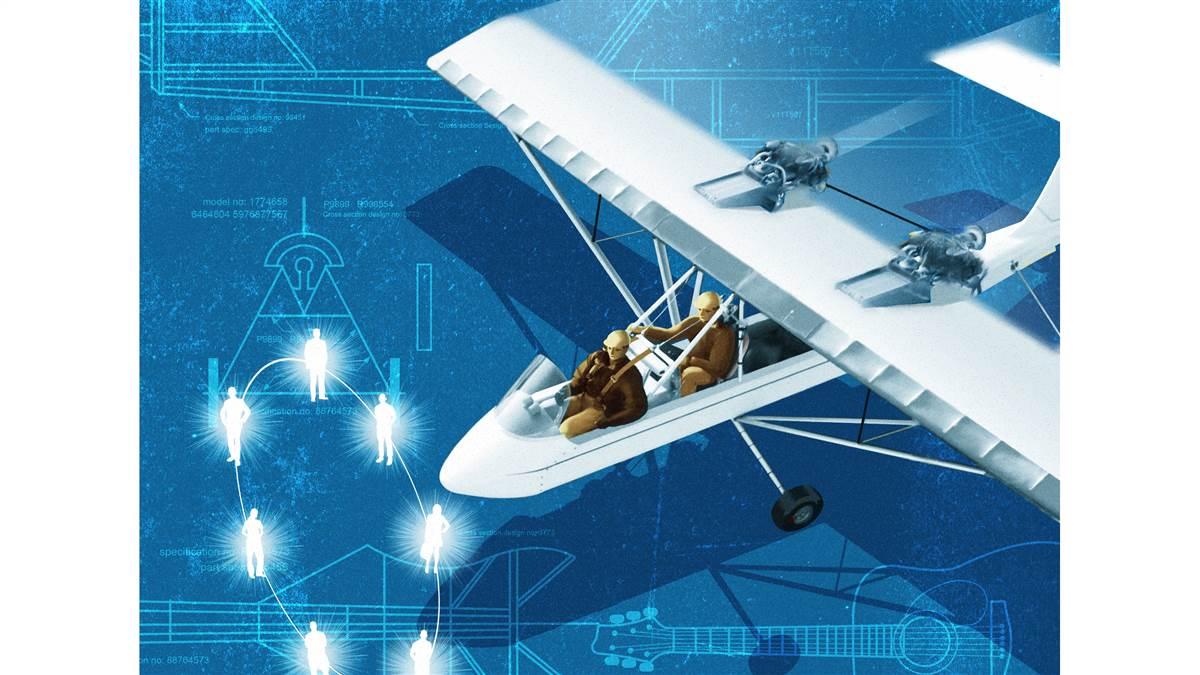 My son Jack was a few months shy of entering this world when I purchased AirCam kit number 026 from Lockwood Aviation in late 1996. My wife happily agreed that our newborn son could fly in it—as soon as he turned 18. I was sure she would see the folly of her maternal concern when she witnessed the AirCam in action.

I managed 200 hours of construction time before re-crating and re-boxing everything for a job-related move from Florida to Pennsylvania, with high hopes of completing the kit and flying by 1998. I did not know that the stars were far from alignment.

Jack’s brother, Nick, soon came along, and things got busy. Over the next 11 years, the AirCam kit was moved four more times to as many states, putting 2,500 miles on it in crates and boxes. My friends began referring to it as the “GroundCam.” I had good excuses: two kids, a start-up business, and a three- to five-year waiting list for hangar space nearby. I made feeble attempts at building subassemblies in my basement. What I really needed was space, expertise, and the company of fellow aviation geeks. I needed some stars to align.

The first star came into view when I Googled “AirCam owners in Maryland.” I discovered a kindred spirit in Claudius Klimt. Not only had he built his own AirCam with a partner, but he hangared it at Martin State Airport, where I had learned to fly 20 years earlier. Claudius had more than 1,600 hours on his AirCam and it had graced the cover of AOPA Pilot magazine.

Star number two showed up when Claudius introduced me to his partner and fellow AirCam builder, Carlo Cilliers. Carlo, an A&P mechanic and IA, had piloted about 600 of those 1,600 hours. He is also a machinist. He can make anything, install anything, and fix anything. Really.

Star number three was a worn-out little airport not too far away. The pilots’ association at Essex Skypark (W48) was in the final stages of winning a hard-fought battle with the county to save the airport. The pilots were able to obtain a 100-year lease and earn the respect, support, and friendship of the local community. I purchased a too-small hangar at Essex and construction of the AirCam began in earnest on April Fool’s Day 2014.

Star number four came in the form of Josef Riedlbauer, a retired race car driver and sailplane, helicopter, and airshow pilot. As my fuselage was nearing completion, he told me that he had some time on his hands after selling his auto body and painting business. I knew nothing about painting an airplane.

The fifth and final star was a building permit, obtained after a two-year struggle with the county, which paved the way for a 3,200-square-foot Amish pole-barn-style hangar. The hangar is called “The Speakeasy,” in homage to the site’s interesting and somewhat sordid history in the 1940s and ’50s. It now houses our two AirCams.

Five stars magically aligned and the “GuitarCam” flew on November 2, 2015. Jack had turned 18 in August.

Under the leadership of Claudius, Essex Skypark is undergoing a heartwarming rebirth. Eight hangars have been rebuilt and modernized. Many more are in the works. It’s a vibrant, active, and friendly place to hang out and watch airplanes fly. This year’s fly-in set records for attendance. A new flying club was established on the field. Thanks to volunteers, the community hangar has been remodeled, the FBO building underwent much-needed repairs, and taxiways were improved. Plans are underway for an initiative to get kids involved with building and flying a kit airplane.

The positive momentum has had a palpable effect on the mood and attitude of the pilots and their families. Smiles abound.

W48 is a magic place where stars align. I am living a dream born of patience and friendship. Here the GuitarCam” flew for the first time. Here, I met three of the most generous people I know, with extensive experience building and flying an AirCam, of all things. I am proud to call them friends, and I look forward to our many flying adventures.

Author Jeff Auen owns the Baltimore Guitar School and performs in a comedy/musical duo. He is a member of the Flying Musicians Association. The tail art and name "GuitarCam" reflect his career and passion.