Get the app Get the app
AOPA Members DO more LEARN more SAVE more - Get MORE out of being a pilot - CLICK HERE
News & Media Flight Lesson: Five feet too many

Flight Lesson: Five feet too many

Pulling up the Johnson bar

As a pilot with more than 3,000 hours, it’s easy to look back and see all the close calls, what-ifs, and OMGs of my flying so far. I’d like to think that, although none of those were my fault, the important aspect is that at every turn disaster was averted. 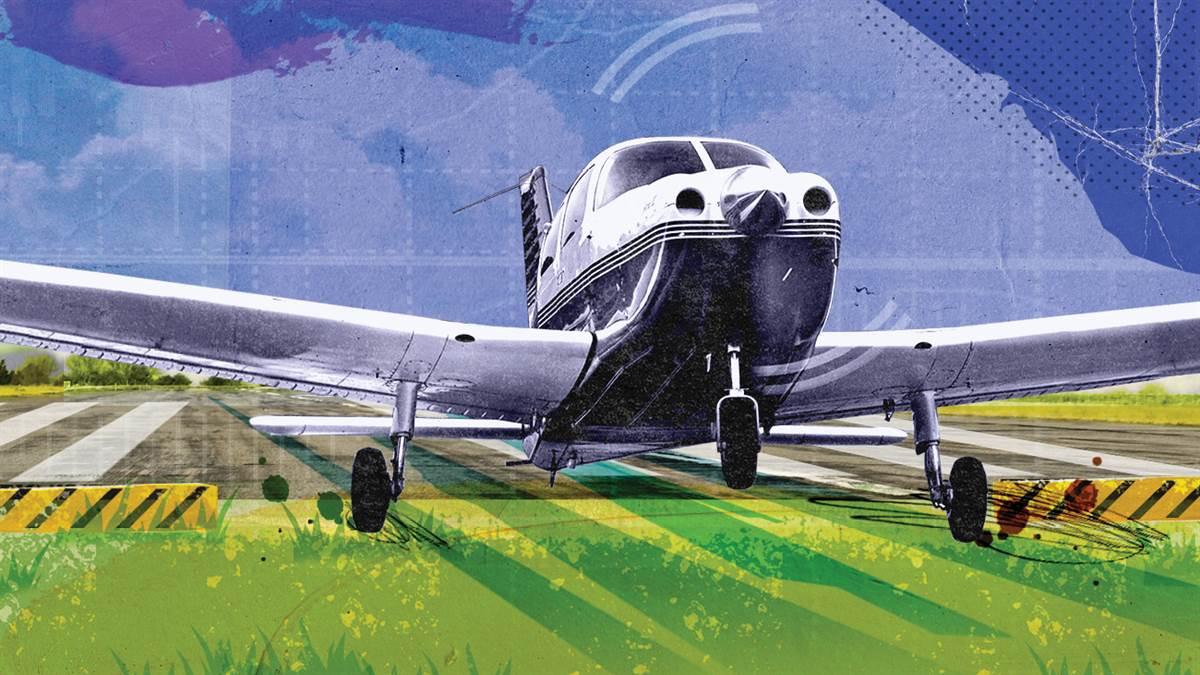 Illustration by Sarah Hanson
Flight Lesson offers the opportunity for pilots to learn from
the experiences of others. Have a Flight Lesson to share? Stories may be submitted via email to f[email protected].

One such incident took place before I soloed. My instructor was a part-timer, more interested in flying the jets he managed than teaching me what it took to be a successful pilot. He wasn’t a bad CFI, but he had a hands-off approach to training that, in retrospect, wasn’t the best mesh for me.

I was ever hopeful that each flight would be the one that instilled the confidence my instructor needed in my abilities to solo. Often with long durations between lessons, I would spend a good portion of a flight remembering and relearning previous material, such as one flight that it took me nearly 10 minutes to get the Piper Archer trimmed out.

It was the product of wanting to be a great pilot so badly that the eagerness to try hard and overthink dominated, and my instructor didn’t say or do much in the way of guiding me out of the unnecessary holes I would dig myself into—or if he did offer me sage wisdom, I wasn’t listening. Until I was…

One of the best fields to practice landing in windy conditions is Rio Vista Airport, nearly 50 nautical miles northeast of downtown San Francisco. With two near-perpendicular runways, it is an ideal setting for when—in late spring—the greater San Francisco Bay Area offers strong winds to those seeking the challenge found in unstable air.

My instructor and I set off from Concord’s Buchanan Field Airport to partake of such an opportunity. After several respectable landings into the wind on Runway 25, the ante was upped—and I maneuvered the Archer into the traffic pattern of the 2,199-foot-long Runway 14, with a robust 17-knot direct crosswind. Working my checklist and procedures, I tried to slow the airplane to a good speed, and pulled up on the Johnson bar, adding the needed flaps to steepen the approach.

But as I lined up with the runway, I could tell my energy for the approach was all screwy. Despite my efforts, I was in that dreaded “too high/too fast” situation and a landing, based on my experience, just wasn’t in the cards. I continued down to see if maybe the conditions would improve, but quickly realized that it was a foolhardy endeavor.

“Going around!” I squealed in my headset, as I started to advance the throttle.

“Nope! Land it!” he retorted, as he idled the throttle.

I kicked in a wicked slip-to-landing, touching down farther down the runway’s length than I would have felt comfortable with. Rolling along still rapidly, and with the runway’s end entering my sight, concern flashed through my mind as I started to apply the toe brakes. Then, my CFI barked a baffling order: “Pull up the flaps.”

Still in a daze, I acted. Having only two notches—about 25 degrees—deployed, I complied…by pulling on the Johnson bar.

“What? No—no! My aircraft!” He took the controls, and the airplane slowed. But the landing required a little more than the 2,199 feet of pavement, as I chalked up my first exposure to non-paved operations.

Stunned, we shut down, and I deplaned to make a quick inspection. Aside from the aroma of fresh-mowed grass, the airplane was unharmed. We restarted and departed—afterward I got a bit of an impromptu ground lesson.

When he commanded I pull up the flaps, the intention was that I detract the flaps, thus putting more of the aircraft’s weight on the wheels and increasing their effectiveness for braking. By pulling up the Johnson bar—which to my understanding at the time was what he wanted of me —I increased the lift, nullifying the sought benefit, and increased the ground roll.

Of course, I did call a balked landing, so I couldn’t be blamed too much. Frankly, the situation never should have existed.

Today, as an experienced instructor, I make it a point to never question a go-around call of a student, and I explain the aerodynamic tradeoffs flaps give an aircraft, both aloft and on the ground. Even though I now fly airplanes with electric flaps, the lesson remains—but I still smirk and remember anytime I see a Johnson bar for flaps.