Get the app Get the app
Already a member? Please login below for an enhanced experience. Not a member? Join today
We will be performing maintenance on our systems Sunday 9/19 from 12am to 6am ET. During this time, you may experience intermittent service outages. We appreciate your patience.
News & Media Westbound in grand style

Editor's note: This article has been updated to correctly refer to the Medal of Honor, and the O-1E Birddog, which was no longer known by the L-19 designation in the Vietnam era. 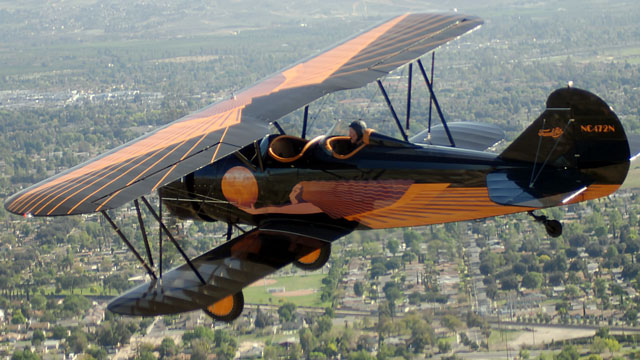 When the time comes, there is something to be said for going out in style. Richard Zeiler has just the ride for that.

Zeiler, a retired U.S. Army lieutenant colonel who flew an O-1E Birddog (previously known as the L-19 Birddog) in Vietnam in 1968 and 1969, spent the better part of a quarter century leading a team of collaborators and craftsmen in the restoration of a 1929 Travel Air D4D Speed Wing, fashioning a diamond from what had been a very rough airplane. The head-turning Sky Siren was finished just in time for EAA AirVenture in 2014, and received quite a reception. Rebuilt in meticulous detail and painted with an eye-catching art deco scheme designed by Jim Bruni, among many craftsman the retired colonel enlisted along the way, Sky Siren has more recently been prepared for a new mission, fulfilling the wishes of those who want their ashes scattered in a unique and unquestionably classy way.

It was around the time of Sky Siren’s first trip (post-restoration) to Oshkosh, Wisconsin, that Zeiler began talking with engineers about creating a system that could safely and tastefully disperse ashes. With attitudes and religious practices shifting to favor (or to allow) cremation, Zeiler saw an opportunity, but first there were technical and engineering challenges to overcome. 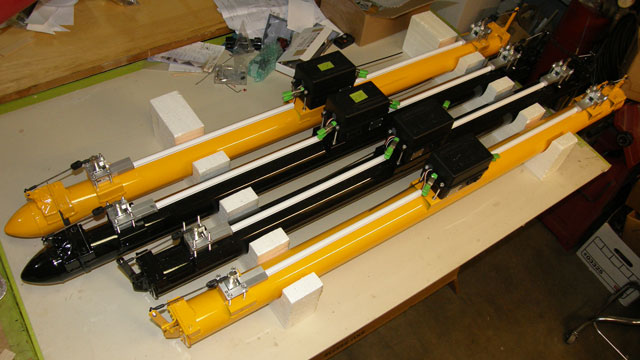 For one thing, the ashes themselves would not do a meticulously crafted paint job any favors as they are taken into the wind.

“I didn’t get the support I was expecting,” Zeiler recalled in a telephone interview. “So I took it upon myself to kind of figure out how to go about this.”

That process led the retired artillery officer and professor of military science to produce a design that looks very much like a rocket: a metal tube 57 inches long and 3 inches in diameter, of which 54 inches can contain cremains, with a streamlined nose cone. A radio control system opens the nose and another small door at the tail end, allowing the slipstream to carry the contents out.

Zeiler attaches these tubes to the struts, keeping them well clear of the exquisitely painted fuselage and empennage, and has secured a California license to disperse human and pet remains.

“We can put up to four of these tubes on the aircraft,” Zeiler said. “My intent now is just to have two.”

That allows for a husband and wife to be scattered together, if the family so wishes; he also can conduct two dispersals on a single flight, accommodating unrelated individuals. 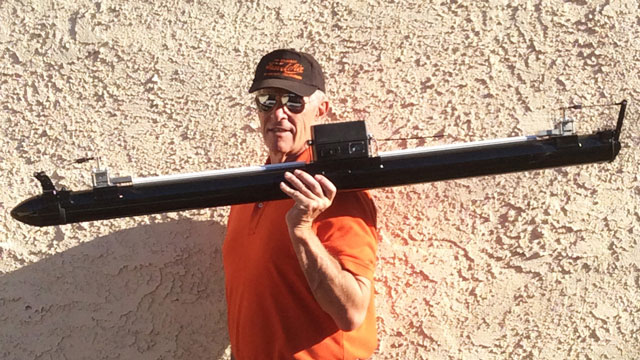 Zeiler hopes to start offering the service in mid-March, once the FAA approves of his custom-made aircraft modification.

“We’ve had several inquiries about it,” Zeiler said. “All I’ve been able to do is hold people off.”

Having previously modified Sky Siren in a few ways, including the installation of a modern Lycoming R-680-13 engine for reliability and parts availability (the original Wright engine is long since out of production), Zeiler already has a well-established relationship with his local flight standards district office and FAA staff in Oklahoma City. He is not about to risk drawing the ire of FAA officials, particularly with a modification that looks like a munition, even when viewed at relatively close range.

When he launches his new business, he intends to do it right.

“The most important thing is the family of the person that has the ashes scattered, and treating them with the utmost respect and courtesy and so forth,” Zeiler said. He intends to eventually employ a staff of three or four, and perform ash scattering services for people around Southern California, and beyond. He will offer discounts for veterans, and the service will be free for those who earned the Medal of Honor or the Silver Star. 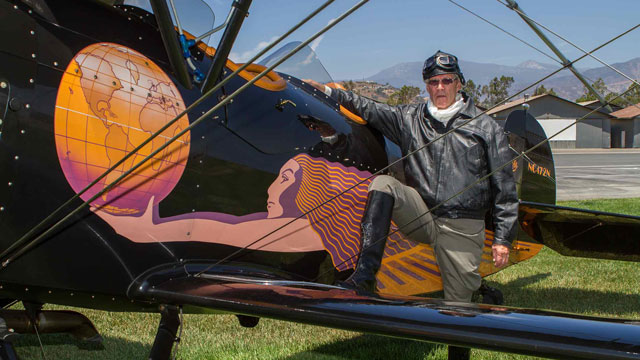 “People will find our prices very reasonable and compassionate,” Zeiler wrote in a follow-up email. “Our only limitation is the speed at which we fly as we burn about 10 gallons an hour so we must charge for the distance to and from the special area from the Oxnard Airport.”

Zeiler said scattering ashes from a vintage biplane that has been painstakingly restored is “much better with final closure than a cemetery or Mother or Dad sitting on a mantle; at least you will know that the salute to the departed is a ceremony setting the spirit free on the wings of angels and that this is how the dearly departed would have wished, were they to communicate with you prior to their departure.”

Zeiler is also preparing a second Travel Air that will be able to perform the service, dubbed Sun Siren.

“I’m not the brightest person in the world, because we’re doing a second airplane very similar to this,” Zeiler quipped. Sun Siren is well along the way toward returning to the sky, and Zeiler plans to deploy both for barnstorming events as well as final salutes.

Zeiler plans to launch a website and social media pages in the near future, but in the meantime those who wish to reach him can do so the old-fashioned way, appropriate enough for the owner of a vintage airplane that is been recrafted with vintage styling in mind: Call 805/432-2205. 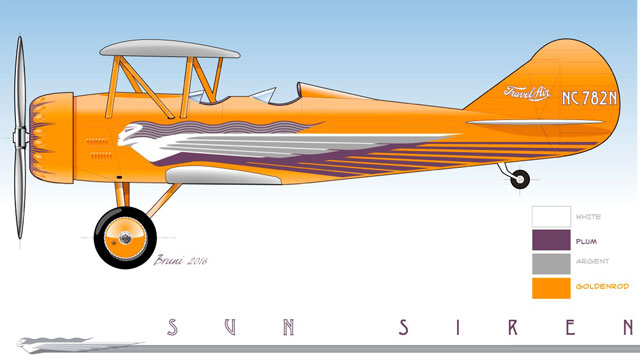