Get the app Get the app
Get the latest news on coronavirus impacts on general aviation, including what AOPA is doing to protect GA, event cancellations, advice for pilots to protect themselves, and more. Read More
Already a member? Please login below for an enhanced experience. Not a member? Join today
News & Videos Stemme debuts S12 motor glider

The Stemme Twin Voyager S12 motorglider is making its U.S. debut at EAA AirVenture. The new model represents an evolution of Stemme’s S10, with several significant enhancements to the previous design. 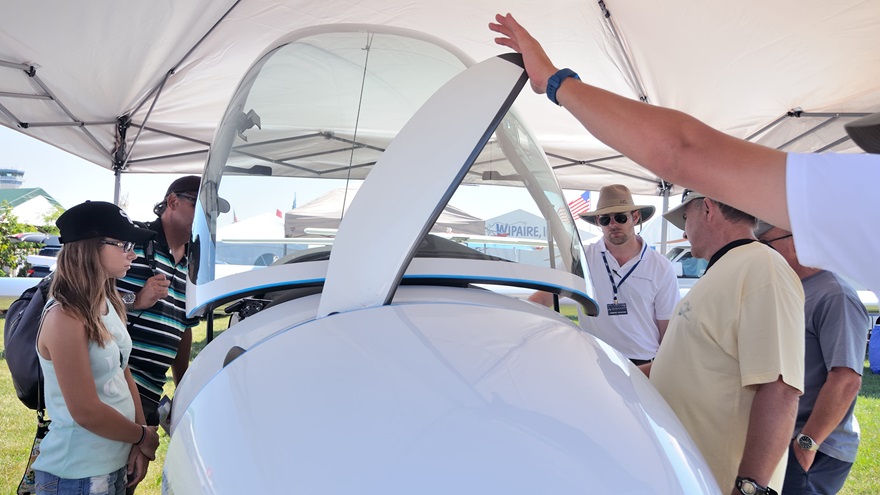 AirVenture attendees look at the Stemme S12 motorglider's cockpit. A Stemme dealership representative holds a propeller blade in the extended position; the blades retract when the engine is shut off.

Stemme, a German manufacturer located near Berlin, unveiled the S12 prototype at the 2015 Aero Friedrichshafen aviation exhibition. The European Aviation Safety Agency (EASA) granted type certification for the model in March 2016. The high-performance glider has a wingspan of 25 meters—or 82 feet—and a glide ratio of 1:53. Its unique folding propeller retracts into the nose when the aircraft is gliding. Stemme said it already has more than 20 orders in hand.

“With the S12 we have further refined the original Stemme idea and offer pilots two complete aircraft in one,” said Paul Masschelein, CEO of Stemme AG. “The S12 delivers the comfortable travel of a powered aircraft along with the pure adventure of gliding. Many intensive discussions with powered and glider pilots alike show us that with the Twin Voyager we have exactly met the needs of many pilots.”

“It’s been a real joy to fly this thing,” said Wes Chumley, of U.S. dealer Stemme USA. He flew the S12 from Columbia, South Carolina, to Miami, then to San Francisco, and then to Oshkosh, Wisconsin. “I spent a lot of that time soaring,” he added.

New wing geometry includes more dihedral near the wing tips. “It seems to make the airplane fly a lot more nicely, especially in glider mode,” Chumley said, adding that it’s more stable, especially at high angles of bank, and the nose doesn’t hunt like the S10’s sometimes does.

Other changes from the S10 include an aft baggage compartment with a 44-pound capacity, two additional storage compartments in the cockpit, a wider and slightly deeper instrument panel with a panel-mounted GPS receiver, electric trim, and a landing-gear stance that’s six inches wider to accommodate the longer wing. Also, Stemme will offer a Dynon autopilot option. “This will be the first non-TSO'd autopilot certified in a certified aircraft,” Chumley said. “I know that a lot of manufacturers are watching this certification process. Making an autopilot work on a 25-meter wing is not a trivial thing.”

The S12 also has provisions for water ballast in its tail, which allows the aircraft’s center of gravity to be moved aft—especially helpful when two large people are in the cockpit. “S10 owners have asked for water ballast for a long time,” he said.

Stemme’s goal with the airplane is to create a touring motor glider that is a good combination between airplane and glider. “This is really just an evolution of the S10 design. The main difference is that as a high-performance glider, this flies nicer.”

Chumley said the S12 really has two flying modes—traveling, when you’re under continuous power, and soaring. The airplane cruises at 140 knots true airspeed at 10,000 feet, he said; Chumley frequently flies at 12,500 feet when going cross-country. It has a range of 945 nautical miles.

The FAA has completed certification flight testing for the S12, and the company expects certification sometime next year. Fully equipped, the new model is priced at $369,000, which includes delivery to the United States. By comparison, the S10 costs about $8,000 less, depending on options selected. Chumley said Stemme USA’s first S12 is expected in September, and that it can be flown as an experimental pending completion of its FAA certification. 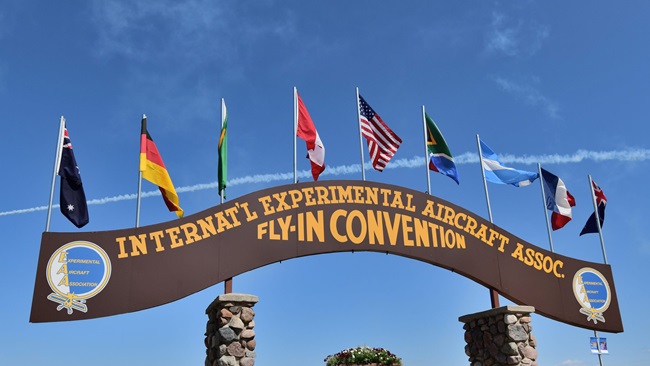 EAA: AirVenture decision point in May