Get the app Get the app
Get the latest news on coronavirus impacts on general aviation, including what AOPA is doing to protect GA, event cancellations, advice for pilots to protect themselves, and more. Read More
Already a member? Please login below for an enhanced experience. Not a member? Join today
News & Videos Installing more UATs

The right A&P may be able to help

Last month we talked about AOPA’s successful installation of a NavWorx universal access transceiver in a Cessna 152, providing both Automatic Dependent Surveillance-Broadcast Out and the optional ADS-B In on the 978-MHz datalink frequency (“P&E: Installing a UAT,” June 2016 AOPA Pilot). This month we’ll review our installation of FreeFlight Rangr Lite FDL-978-XVRL systems in two Cessna 172s—one by an avionics shop, and the other by an A&P/IA during the Skyhawk’s annual. 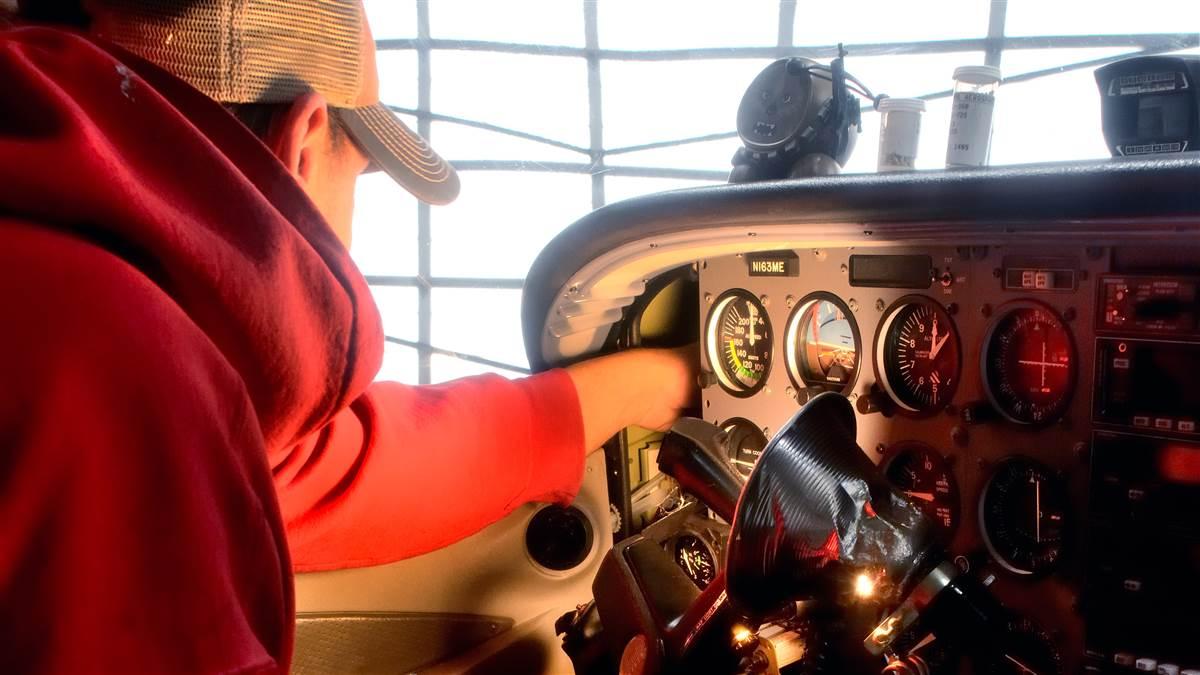 ADS-B, which uses satellites instead of ground-based radar to determine aircraft location, is a key technology behind the FAA’s Next Generation Air Transportation System. The FAA has mandated ADS-B Out equipage by January 1, 2020, for operations in most airspace where a transponder is required today.

We chose 978UAT transceivers for the Skyhawks because of the relatively low altitudes at which these aircraft operate, and because we wanted the situational awareness offered by ADS-B In’s optional traffic and subscription-free weather. In fact, many of the Skyhawks’ pilots specifically requested compatibility with the ForeFlight flight planning and flight management app. Not every ADS-B In solution is compatible with every app—keep this in mind as you shop. If you’re absolutely wed to a particular app, you’ll have to limit your search to compatible hardware.

FreeFlight hardware can be purchased only from an authorized dealer, but the dealer is not required to perform the installation, as often is the case with avionics. So we ordered two FDL-978-XVRL UATs, providing both ADS-B Out and In, and including Wi-Fi adapters, from Lancaster Avionics for $3,695 each. (The Rangr Lite FDL-978-TXL, which offers ADS-B Out only, lists for $1,995 and can be upgraded to add ADS-B In capabilities at a later date.)

Lancaster Avionics, a well-regarded, full-service avionics shop in Lancaster, Pennsylvania, installed the first FDL-978-XVRL in N330ME. Lead time for avionics deliveries can vary, and the shop understandably did not want to schedule the install until the hardware had arrived; it came in six weeks and we were offered several installation windows, including one only 10 days later. Technician Scott Kuhns completed the job in 23 hours, evidence of the number of ADS-B Out installs that he, and the shop, have completed.

“The next few years in avionics are going to be all ADS-B,” said Kuhns, who worries there’s not enough shop time available to meet the demand. He compares the demand to the popularity of Garmin’s GNS 430 when it hit the market years ago. “[ADS-B] is cheaper, but it’s more intense—particularly the interfacing with other systems.”

Kuhns installed the UAT and its Wi-Fi module in the tailcone, and moved the Skyhawk’s Davtron OAT/timer/voltmeter from the upper left side panel to the right side panel to make room for the FreeFlight’s control head. (The control head is not mandatory for all FreeFlight installations, but the company “strongly recommends” its use. It allows you to see what the ADS-B is sending, and to override if necessary; it’s “hands off” in normal operation.) Moving the timer elicited shrieks of protest from instrument pilots who rely on it. There had been no discussion about the control head’s placement. Lesson: Don’t wait for your shop to ask about instrument placement; discuss your needs up front. (The shop swapped the instruments, returning the timer to its original location.)

Many ADS-B Out installations require fewer than 30 hours of work, including display integration and connections to the altitude encoder, Kuhns said. The ADS-B rules require ADS-B Out and the aircraft transponder to use data from the same encoder, which can create challenges—more on this in a moment.

The first shop we contacted about installing the NavWorx UAT in our Florida-based 152 was up to the task. Finding an A&P comfortable enough with avionics and electrical work to install a FreeFlight UAT in our other Maryland-based 172 was more challenging, however. Three shops declined the project before we found Geoff Peterson’s Rising Phoenix Aviation in Manassas, Virginia—which, like Bill Boege’s Propellerhead, had both avionics experience and the necessary equipment.

“Learning the new technology and working my way through a very expansive installation manual was the most difficult part of the installation,” said Peterson, who would have appreciated a quick-reference installation guide. “I was going through that manual, to make certain I understand how it all works. Getting my head around the strategic purpose of how it all works was 80 percent of my time.”

Peterson used screws in Rivnuts—internally threaded rivets, allowing easy removal—to attach the UAT and Wi-Fi module, instead of rivets. “This takes a little bit longer, but if another mechanic ever has to remove one of these for service, he’ll thank me.”

Peterson found two discrepancies in the manual’s wiring charts, and was able to resolve them. He said FreeFlight’s customer support was very helpful, and candid. (The company was aware of the errors and has updated the manual.) As a pilot and CFI, he especially likes the Wi-Fi capability “This is an inexpensive way to get ADS-B In.”

This airplane’s existing encoder did not have an available RS-232 output to provide required data to the UAT—a common issue during ADS-B Out installations, because the data bus increasingly is in demand for transmitting altitude data to other avionics. The original encoder provided only analog gray code, and a new, smaller encoder was a better choice than an external gray-code converter. So $387 plus tax and shipping later, N163ME has a new encoder, with an additional RS-232 port available for future use. The new encoder requires a new FAR 91.411/91.413 certification, which Peterson coordinated with an avionics shop. (A UAT also must acquire the transponder’s squawk code, but in the case of both Skyhawks, that was accomplished digitally.)

“This is going to intimidate the average A&P mechanic,” noted Peterson, who believes a mechanic with some avionics experience can install a UAT. He also wonders if customers will pay for the required learning time—about a day. The ability to go to an avionics manufacturer’s website and input wiring specifications, like PS Engineering offers for its audio panels, to order a completed wiring harness—at extra cost—“would make it [a] whole heck of a lot easier,” he said.

Last month Ric Peri, the Aircraft Electronics Association’s vice president for government and industry affairs, suggested that A&Ps partner with an avionics shop on ADS-B installations rather than go it alone. Lancaster Avionics’ manager, Todd Adams, already is doing this. He said he has established relationships with several area A&Ps, provided them with some installation training, and sends them the equipment for installation and wiring. Then they fly the airplane to Lancaster for inspection and testing, and the avionics shop signs off the return to service. “They all know that if I inspect it and there’s something I don’t like, I’m not going to sign it off,” Adams said. “It’s never been an issue.”

Mechanics can do a lot of avionics work if they educate themselves. “It’s the old Clint Eastwood line: ‘A man’s got to know his limitations,’” said Adams, who said he has maintained relationships like this since well before the ADS-B mandate was announced.

In our apples-to-apples comparison, the avionics shop installation actually cost a few hundred dollars less—despite the fact that for the A&P, the interior already was removed for the annual. Peterson’s maintenance shop accrued 25 hours of labor on the ADS-B install, plus another five hours to read and research the installation instructions (and the unexpected encoder replacement). The extra time was partially offset by a lower hourly labor rate. Subsequent installations would be more efficient and require less time.

Asking a qualified A&P, comfortable working with avionics, to install a UAT during your aircraft’s annual is an option worth exploring. You stand to save the cost of removing and replacing the aircraft’s interior, which could be up to four hours of work—depending on your shop’s labor rate, that could be $300 to $400. But if he or she isn’t comfortable with the required electrical work, move along. None of you will be happy with the result. (And if it is his or her first ADS-B installation, expect to subsidize the learning curve.)

If you choose 1090ES as your ADS-B Out datalink, your A&P is less likely to be qualified for the job—more test equipment and equipment certifications are required. And a Mode S transponder installation is arguably less intrusive, so there’s less labor to save.

Think outside the box if an A&P install isn’t right for you. Coordinate ADS-B equipage with your annual, and have the airplane towed—sans interior—to an avionics shop on the field. Or see if the shop will send a technician to the opened-up airplane; most have authority to work away from their facility. If you are going to equip, why not try to save a few (hundred) dollars?

Changes in checking your system

The FAA has changed the name of the service that an aircraft owner can use to verify the correct operation of his or her ADS-B Out equipment (“P&E: ADS-B A-OK?” April 2016 AOPA Pilot). It’s now called the ADS-B Performance Monitor.

Operation remains the same—for now. Simply send an email to [email protected] with a request for an ADS-B Aircraft Operation Compliance Report. The message should include the aircraft registration number, make and model of your ADS-B Out equipment, and the make and model of the GPS receiver that’s providing your ADS-B location. Also include the location, date, and approximate local time of a recent flight. Make the request after the test flight has taken place; no preflight coordination is required.

Later this year, the FAA is expected to transition the Performance Monitor to a browser-based online interface. —MPC 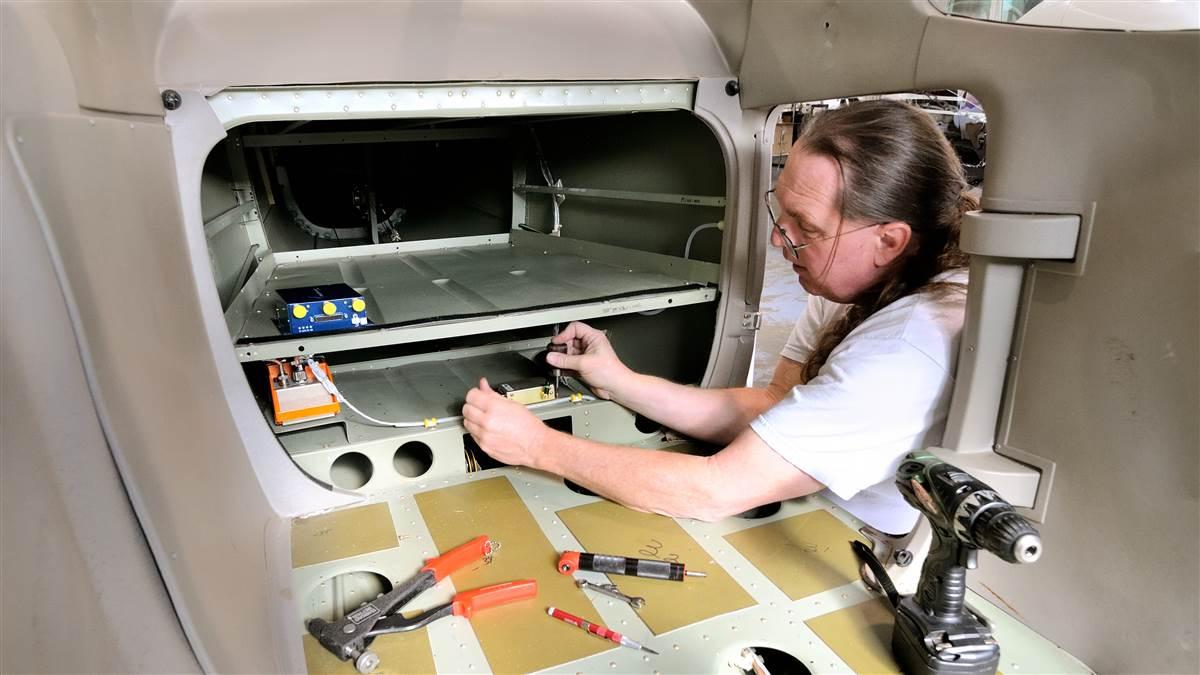 A&P/IA Geoff Peterson installs a FreeFlight UAT and its Wi-Fi adapter in the tail of a Cessna 172 during its annual. 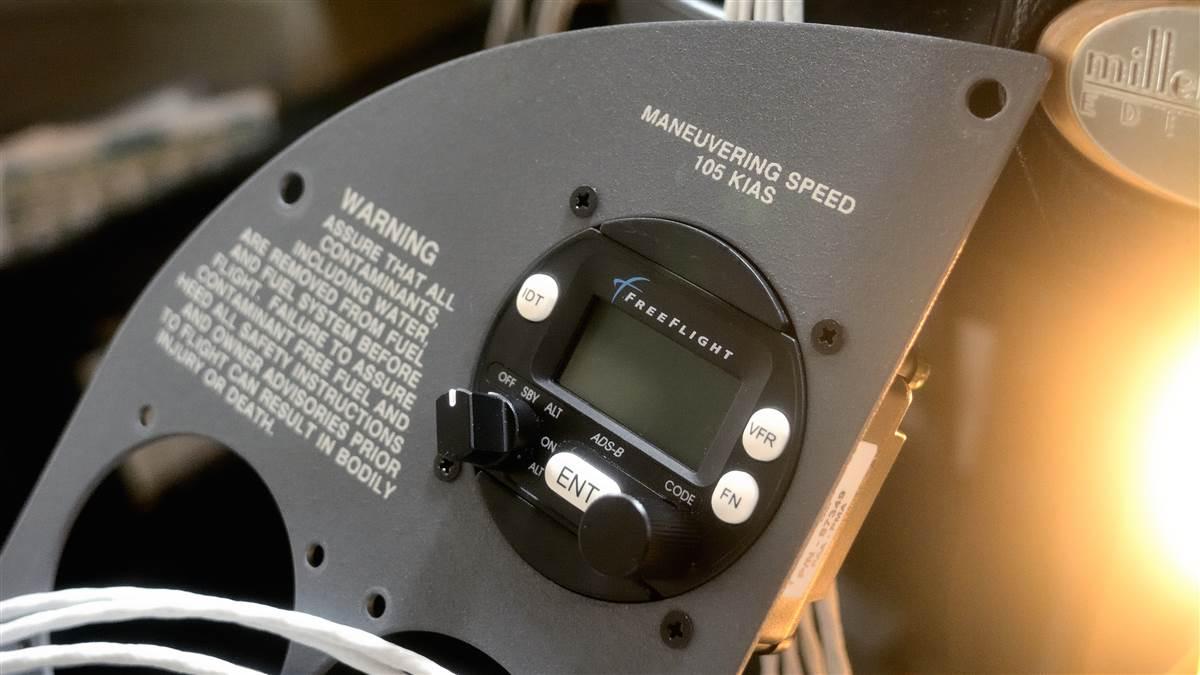 FreeFlight’s control head, which is not always required, does add to installation complexity.