Navigating without a GPS 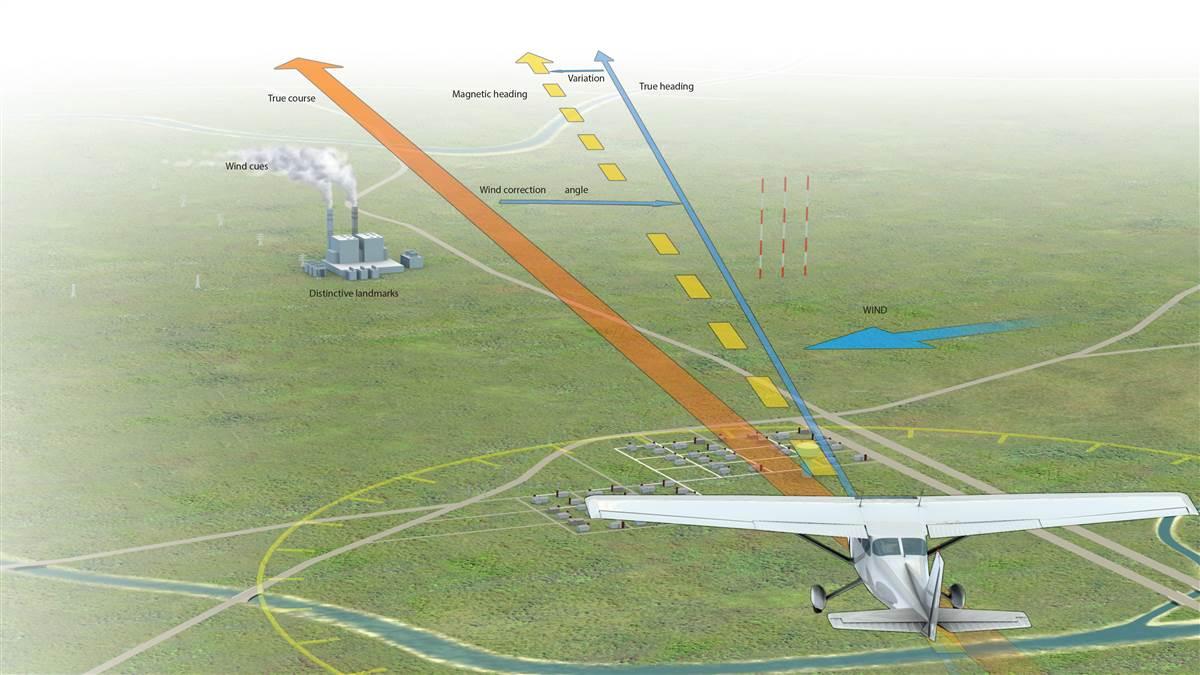 One of the tasks on the private pilot checkride is labeled “pilotage and dead reckoning.” Both methods of navigation require good visual conditions in order to work. Pilotage is defined in the FAA’s Pilot’s Handbook of Aeronautical Knowledge as navigation by reference to landmarks or checkpoints (except over water) that often is used in conjunction with dead (from ded, meaning deduced) reckoning. So what’s dead reckoning? In the navigation chapter you’ll find that dead reckoning is navigation solely by means of computations based on time, airspeed, distance, and direction. The key word is computations. It’s one of the things you learn in ground school.

Dead reckoning is navigation solely by means of computations based on time, airspeed, distance, and direction. The key word is computations.

The course, established by drawing a line between the departure and destination points—or between the endpoints of each flight segment—is affected by magnetic variation and wind. Adding west variation and subtracting east variation provides a magnetic course, while corrections for wind keep you on that line.

What the course is, measured from true north on the chart before corrections for magnetic north are applied.

The direction your airplane’s nose is facing, as measured from true north.

The angle between true north and magnetic north.

The distance of the flight after measuring the course line and using the scale at the bottom of the chart.

Your actual speed across the ground after wind and other effects are calculated.

While all of those are good for checking whether you are on course, they may not be the best for timing. For example, if the checkpoint is a road, make sure it crosses at 90 degrees to your route. You may need a second checkpoint at the crossing point to make sure you are still on course. Checkpoints that bracket each side of the course, such as rivers and roads, or railroads and mountains, can be used to stay on course. Antennas on the ground may be difficult to see.

The FAA’s practical test standards indicate how you’ll be tested on pilotage and dead reckoning, which are lumped into one task.

You’ll plan a flight and follow a planned course, identifying landmarks as depicted on the chart. You’ll use precomputed headings, groundspeeds, and elapsed times.

To meet the Private Pilot Practical Test Standards, you’ll need to maintain altitude to within 200 feet and headings within 15 degrees. Arrival at the checkpoint must be within five minutes of the initial or revised estimate. You will correct for and record any differences between the groundspeed, fuel consumption, and heading calculations if they differ from what you planned. You’ll verify that you are within three miles of that course line you drew back at the airport.

In 2013 a new task was added. You’ll demonstrate the use of the magnetic direction indicator (think compass), including turns to new headings.

It’s harder to see at night, but pilotage still works. You can use cities, airports, and illuminated towers. Highways will have traffic on them, helping to outline the route. Bridges make especially good checkpoints; they not only are lit by traffic but may have obstacle lights on top. 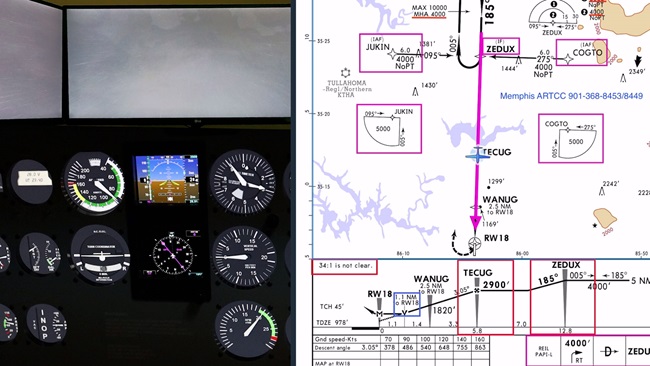