Get the app Get the app
News & Media Pilot Briefing: Budget Buy 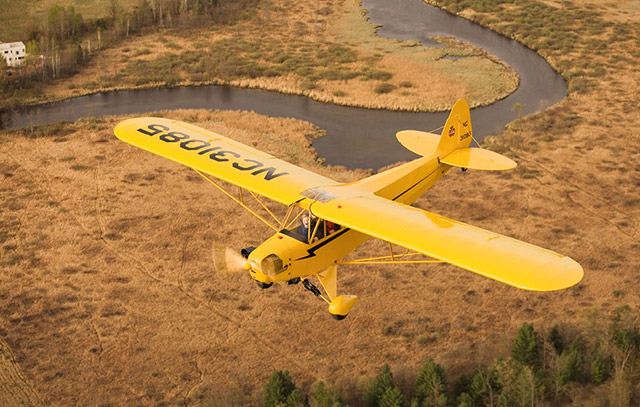 Many airplanes are especially fun to fly, but none make the claim as well as a Piper Cub. New ones—with much more power than the original 65 horses—cost between $100,000 and $200,000, but Cubs in excellent shape are available for between $30,000 and $50,000. The J–3 was started in 1937 and first flew in 1938, but production ceased in 1947. By that time 19,888 had been built. One estimate indicates 80 percent of all military pilots had learned to fly in a Cub by the end of World War II. You’ll want to hangar the fabric-covered aircraft, and will discover that insurance rates for low-time tailwheel pilots can be expensive. Borrowing liberally from a 1975 song by the Miracles called Love Machine, the Cub—especially the J–3—is the fun machine. Unlike the love machine, the J–3 will work for anyone.

John Hofmann, owner and publisher for The Cub Club located in Hartford, Wisconsin, notes that “paperwork is the nightmare of the world.” Be sure to get a good pre-buy inspection. There were airworthiness directives on the wing struts, but most owners have complied with them. Struts that are not sealed against the weather may have corrosion. It’s still possible to find one that doesn’t comply. If the fabric covering is more than 15 to 20 years old, you may have bought yourself a project rather than a working airplane. Hofmann felt the J–3 is not really a “budget buy” because asking prices are in the $30,000s, but we consider anything less than $50,000 a budget buy. You’ll find reliable J–3 Cubs in the $32,000 to $38,000 category, but if you want a “cream puff,” Hofmann said, you’ll find the price is closer to $48,000 to $50,000, and that includes an electric starter. The higher priced J–3s you’ll find on the market may have been converted from the standard 65-horsepower engine to an 85-horsepower engine. (While the 65-horsepower engine was the one most often used, the first J–3 had only 40 horses and a price tag of less than $1,000.) The fixed costs will total about $50 an hour, while fuel (5.5 gallons per hour), insurance, and the hangar you will need for any fabric-covered airplane boosts the total closer to $70 an hour. Hofmann owns a J–3 and changes the oil every 25 hours. The Cub climbs and approaches at 60 mph, but will blaze along in cruise at 70, maybe 75 mph.

How many in the fleet?
AIRPAC PlaneBase shows an FAA-registered fleet of 4,122 Piper J–3 and L–3 Cubs.

Biggest plus
Fly with the doors (upper and lower halves) open.

Biggest minus
Not so speedy.

Things to watch out for
Has the Cub gone through so many conversions its type certificate no longer applies?

What else to consider
Luscombe, Taylorcraft, Champ.