Get the app Get the app
Get the latest news on coronavirus impacts on general aviation, including what AOPA is doing to protect GA, event cancellations, advice for pilots to protect themselves, and more. Read More
Already a member? Please login below for an enhanced experience. Not a member? Join today
News & Videos Pilot Briefing: Fly-Outs 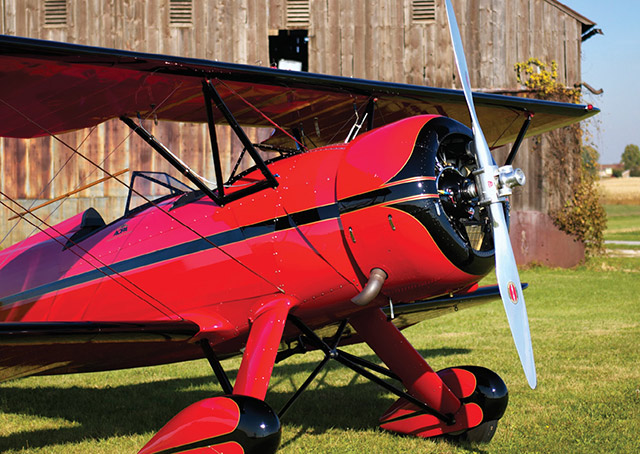 See where the Waco was born

If you appreciate biplanes, you probably come down on the side of either the Stearman or the Waco. If it’s Stearmans you like, you’ll want travel to Galesburg, Illinois, for the National Stearman Fly-In (September 5, 2016). But if the Waco is your ideal, head to Waco Field Airport (1WF) in Troy, Ohio, any time of the year. 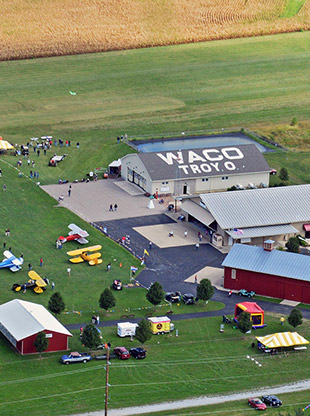 WACO stands for Weaver Aircraft Co., later changed to Waco Aircraft Co. In the late 1920s and early 1930s, Waco built more civil aircraft than any other manufacturer in the United States. Its Model 10 was the very first mass-produced airplane. The F series of biplanes were widely used for civilian flight training, and the tandem UPF–7 was used in the Civilian Pilot Training Program prior to World War II. Waco shut down in 1947 after an anticipated boom in general aviation failed to materialize. Waco Aircraft Corp. in Battle Creek, Michigan, manufactures YMF–5Ds as well as Great Lakes 2T–1A–2 biplanes, but is not related to the original company.

Land on the 2,000-foot grass runway like the barnstormer you are, and you can taxi right up to the Waco Air Museum, which features two hangars of restored aircraft, including a 1926 Model 9, one of the first airplanes used to fly air mail in the United States. In 2015, the museum added a scale replica of the Waco CG4A glider chosen by the military to fly in World War II. Visitors can climb inside and watch a video of the glider’s manufacturing process and performance.

After the war, the gliders were sold as surplus for $75 apiece. “Farmers would buy the crate containing the glider and use the giant box as housing for chickens and pigs—they threw the gliders away,” said historian Val Dahlem.

Waco Field is part of the National Aviation Heritage Area in Dayton, Ohio, which includes Huffman Prairie Flying Field, where Orville and Wilbur Wright honed their flying skills; the National Museum of the U.S. Air Force; and much more. The airport is located under the outer ring of the Class C airspace surrounding Cox Dayton International (DAY). While there are no services on the field, Dayton is ringed with general aviation airports where you can find fuel and/or a courtesy car. Dahio Trotwood (I44) and Phillipsburg Airport (3I7) are two possibilities, as is Dayton if you’re willing to put up with landing fees and more expensive avgas.