Get the app Get the app
Already a member? Please login below for an enhanced experience. Not a member? Join today
News & Media Training Tip Front and center

Where will an airplane landing in a left crosswind touch down without enough crosswind correction? Left or right of the centerline? 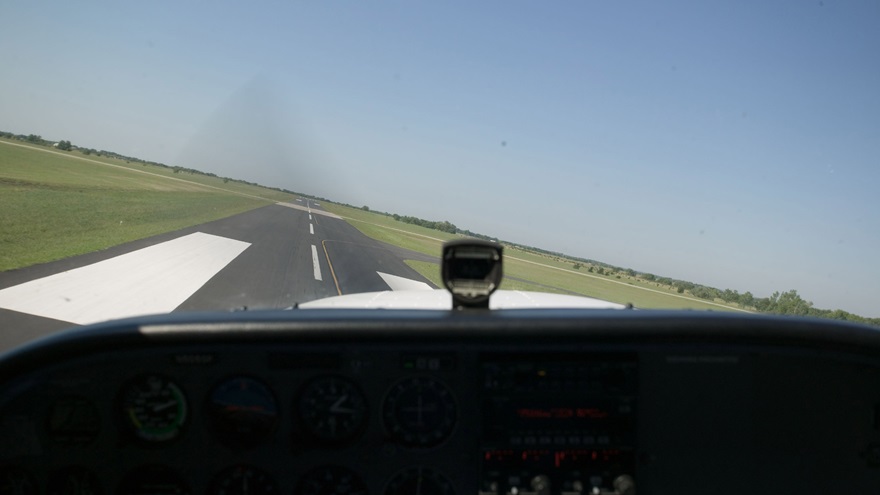 A trainer settles lightly onto the runway in a perfect landing attitude. Deceleration brings the nosewheel gently down, and after a brief landing roll, the student pilot brakes and steers the aircraft clear at the first taxiway.

“Not bad,” says the flight instructor who is sitting alongside. “But next time let’s land the airplane on the centerline, which was beneath your wingtip when you touched down.”

The trainee concedes the point. A checkride-ready landing should meet the standard described in the draft private pilot airman certification standards (set to take effect in June) by having “the airplane’s longitudinal axis aligned with and over the runway centerline.”

Also, if the landing has not met that standard, why not?

Among the reasons why a landing may not align with the runway centerline are three common problems: task saturation, touching down with insufficient crosswind correction, and sighting errors (in trainers with side-by-side seating).

Task saturation—a workload that prevents the pilot from making timely corrections—is common early in training and typically diminishes with practice.

The two other common causes of centerline-position difficulties are more authentically technique errors.

How did you answer the initial question about landing left or right of the centerline if you didn't apply enough crosswind correction when you have a wind from the left? You correctly visualized the scenario if you answered “right of the centerline.” The aircraft has drifted downwind. A related risk is that if the aircraft is still drifting when it contacts the runway, the landing gear may experience a side load, which can compromise directional control, or if severe, collapse a gear leg.

As for the sighting error, consider the scenario of a no-wind practice session in which a student pilot consistently lands left of the centerline. Why is this happening?

A simple way to dramatize this error’s effect is to sit in the pilot’s seat when the aircraft is parked. Look directly ahead at an object a short distance away. Next, turn your head slightly to look over the spinner. Are the two sight pictures identical?

They aren’t. On your next practice session, correcting where the centerline belongs in your sight picture should produce a properly positioned touchdown.