Get the app Get the app
AOPA Members DO more LEARN more SAVE more - Get MORE out of being a pilot - CLICK HERE
News & Media Turbine Pilot: Boeing 737NG versus Airbus A320

We take a look at the two most popular narrowbodies 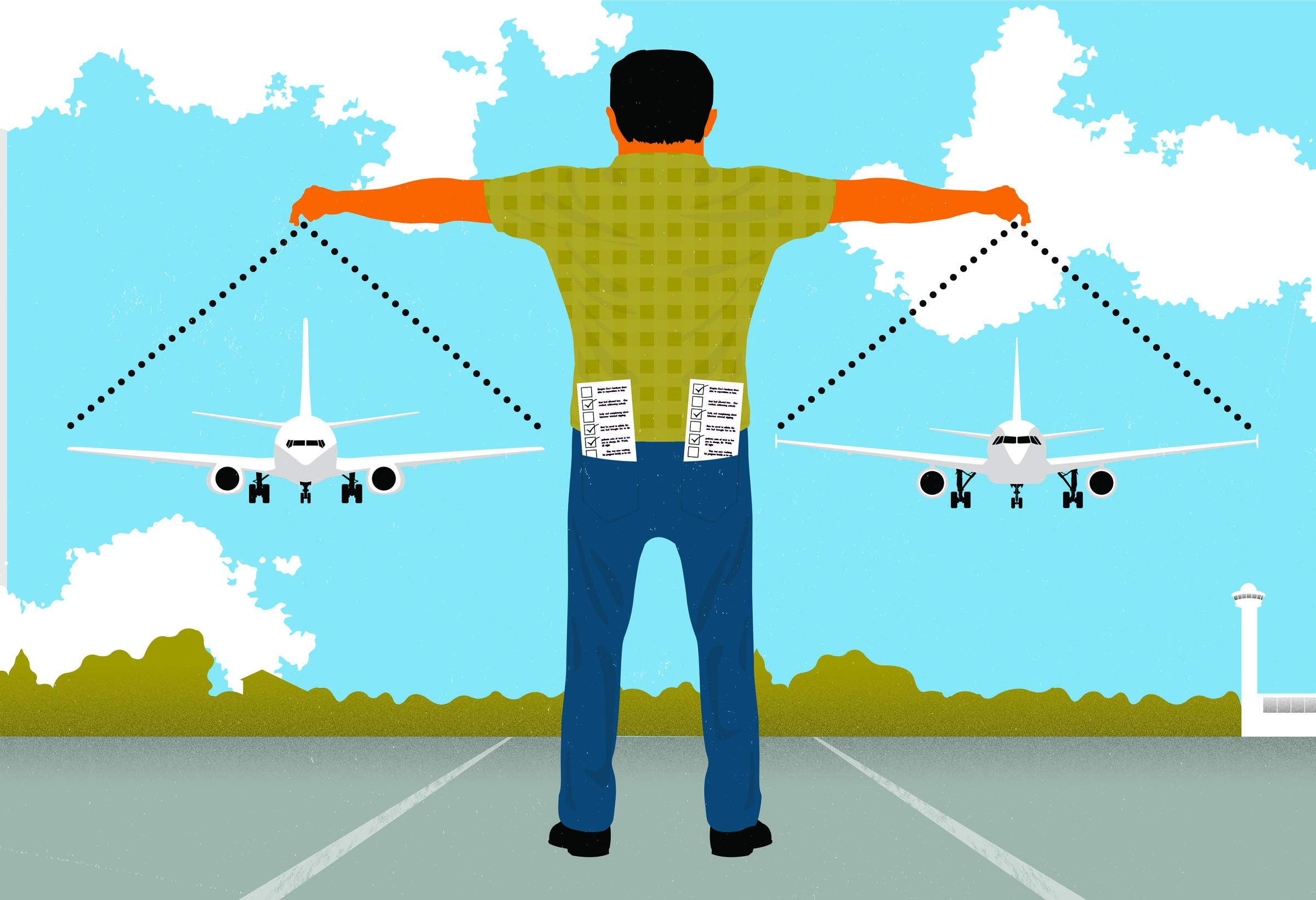 Like high-wing versus low-wing or twins versus singles, the Boeing versus Airbus debate is among the most contentious arguments in modern aviation. Most of us have likely ridden on either the Boeing 737NG (-700, -800, -900) or Airbus A319/320/321 series in our commercial travels. Some airline pilot readers may also have flown one or both of the types. If not, bear with us here as we scuttle smaller-airplane talk and reignite the Boeing/Airbus debate from a pilot’s standpoint.

A few years back I transitioned from the 737NG (Next Generation) to the Airbus A319/320 series at my airline. The transition from Boeing to Airbus was a big step. The operating philosophy of the two airplanes is about as large a chasm as any I can think of when it comes to airplane design.

Boeing’s 737, which first appeared in 1967, is very much an old-school machine featuring a traditional floor-mounted yoke connected to control cables connected directly to hydraulically boosted control surfaces. The Airbus appeared in 1988 and took advantage of fly-by-wire (FBW) control, which uses a sidestick connected to, well, not much. It’s connected to a computer that senses the pilot’s input and delivers electrical signals to hydraulically actuated controls. To the purist, the Airbus design may seem a little scary. After all, if you lose all hydraulics, there is no manual reversion. In practice, though, FBW works quite well—although the design certainly went through a lot of developmental hiccups.

And the Airbus has automation galore. Airbus pilots are wont to say, “it’s automatique” (in a French accent) to describe what the airplane does behind the scenes to reduce pilot workload. While the 737 has switches everywhere to control generators, air conditioning, hydraulics, et cetera, the Airbus does most of the work by itself in normal operation.

In fairness, Boeing also could employ the same level of automation, but in order to keep a common type rating between the Classic (-100 through -500) and NG models (-600 through -900), the company preserved much of the same switchology and system panel layouts. The 737NG was born in direct response to the Airbus A319/320’s introduction. Boeing went back to the drawing board and completely redesigned the venerable 737 for its reintroduction as the NG in 1997. An all-new wing featuring better aerodynamics and more fuel capacity allowed the airplane to fly higher, faster, and farther, and carry more. Instead of it being a stretch to fly from New York to Denver, the 737NG could now fly transcontinental trips with fuel to spare while carrying a full load at faster speeds.

As far as pilot comfort goes, the Airbus is a leap ahead of the Boeing. The 737’s forward fuselage is the same as that of the 707, which was designed in the mid-1950s. It begins tapering to the nose in the first-class cabin, and by the time you get to the cockpit it’s a pretty small tube. The Airbus keeps its beamy width all the way to the cockpit, providing a commodious workplace for the pilots.

Airbus took its time designing the cockpit, resulting in a clean, logical layout that is well marked and void of any lights during normal operations. Everything is covered in plastic, so pilots don’t see the construction details underneath. There are ample air vents to keep you cool in the summer and (optional) foot warmers to keep your toes warm in the winter. There’s plenty of room for all your baggage, two jumpseaters, and all the duty-free purchases you can bring on. There’s no massive yoke, either, so you can cross your legs if you want. There’s also a clever table that extends from the panel on which to lay your charts/iPad or crew meal. No eating off your lap like in the 737. Finally, the Airbus cockpit is noticeably quieter than the 737.

NG models of the 737 have better-appointed cockpits than the Classics they replaced, but there’s still plenty of evidence that it’s mostly a cover-up job to compete with the Airbus. It, too, blows warm and cold air where and when you want it. But the old design shines through in other areas. You still see drain tubes in the corners of the windshields, for example.

Since there’s very little room in the 737 cockpit, your roll-aboard bags stow under one of the jumpseats. The jumpseats themselves are a step above dungeon comfort with thin cushions and a straight-up posture. The ride in the second (optional) jumpseat mounted behind the captain can best be described as being strapped to a wall, complete with dangling feet if you’re short. And your jumpseaters can’t bring on anything larger than a knapsack because there’s simply no room.

But that’s enough talk about accommodations. How do they fly? Both the Airbus and Boeings are great airplanes to fly. With its traditional controls, the 737 at slow speeds requires much larger inputs to make things happen, just as it would in any conventional airplane. At higher speeds, just your fingertips will do the job. And like all GA airplanes I’ve flown, the 737 uses trim control. The Airbus’ FBW system always trims to one G. The only “trimming” an Airbus pilot does is on the ground—to set the stabilizer in the takeoff position for a given center of gravity. After that, it’s automatique!

The FBW of the Airbus’ side-stick does a good job of keeping the inputs the same throughout the entire speed envelope. I’ve enjoyed the sidestick control immensely. It makes hand-flying the Airbus a pleasure—most of the time.

Type “Airbus A320 crosswind landings” into the search window of YouTube, make some popcorn, and enjoy the show. The FBW logic of the Airbus can create some really interesting gyrations for its occupants in strong, gusty crosswinds. There are many techniques to tame the beast, but most aren’t like the completely conventional handling of the Boeing—which has rudder and aileron power to spare and is very conventional and predictable.

Speaking of landings, the Airbus is much easier to land smoothly and, for pilots, it goes a long way to stroke our already-inflated egos. If you can consistently grease a 737NG landing, you’re a better pilot than most. The problem with that airplane, especially the long-bodied models, is that it lands so fast. Because tail strikes are a big threat for the long, low-slung airplanes, approach speeds are in the 150- to 160-knot range, which is about 40 knots or more above stall speed. All that extra speed keeps the long-bodied 737s flat to avoid tail strikes, but it also causes them to skip right back in the air at initial touchdown—just a few inches. It’s just long enough for the ground-spoiler system to sense wheel spin, at which point the spoilers deploy—right now! And it’s that second plop to the ground that makes the NGs one of the more difficult airplanes to consistently land well.

This also brings up a safety issue. There have been more than a few runway overruns in long-bodied 737s. They are heavy, they land fast, and they have only four main-wheel brakes—unlike a 757, which has eight brakes. Pilots who like to use all of the runway’s touchdown zone trying to squeak out a good landing are playing with fire in this airplane, especially on wet or contaminated runways. Remember, style points don’t count if you run off the end of the runway.

Airbus has its safety quirks, too. The sidesticks move independently from each other, which makes it difficult to know what the other pilot is doing with his or her control. This design was cited as a causal factor in the 2009 crash of Air France 447, an Airbus A330 that crashed into the Atlantic Ocean, and AirAsia 8501, an A320 that crashed in the Java Sea in December 2014. In both cases, the first officer was holding his stick in the nearly full aft position for most of the airplane’s fall down to the sea. It would be difficult for the other pilot to notice, since his stick would remain in the neutral position. With the Boeing’s monster yoke residing between your legs, there’s no question what the other pilot’s doing.

Another threat to situational awareness is the fact that the Airbus’ thrust levers don’t move during autothrottle operation. While the Boeing autothrottles move as if being manipulated by an invisible hand, the Airbus levers stay in the Climb detent for auto operation. It takes a little getting used to when engines are at idle and the levers are forward.

To finish describing the differences between the 737 and Airbus could fill a textbook or two. But it’s obvious from their popularity with airlines that both are excellent choices. Each has its weaknesses, but both do an excellent job of moving people and cargo safely, efficiently, and reliably.

Pete Bedell is a pilot for a major airline and co-owner of a Cessna 172M and Beechcraft Baron D55.