Get the app Get the app
AOPA Members DO more LEARN more SAVE more - Get MORE out of being a pilot - CLICK HERE
News & Media Flying Carpet: Ode to night currency

Tough, beautiful, and a little scary

I taxi my noisy little capsule toward the runway, arm out the window, in a cocoon of flashing red beacon light. I’m practicing landings tonight, and it’s a dark one. Although nervous, I’ve done my homework and the facts say I’ll be fine. So I grit my teeth and go. We learn valuable things about ourselves through piloting. 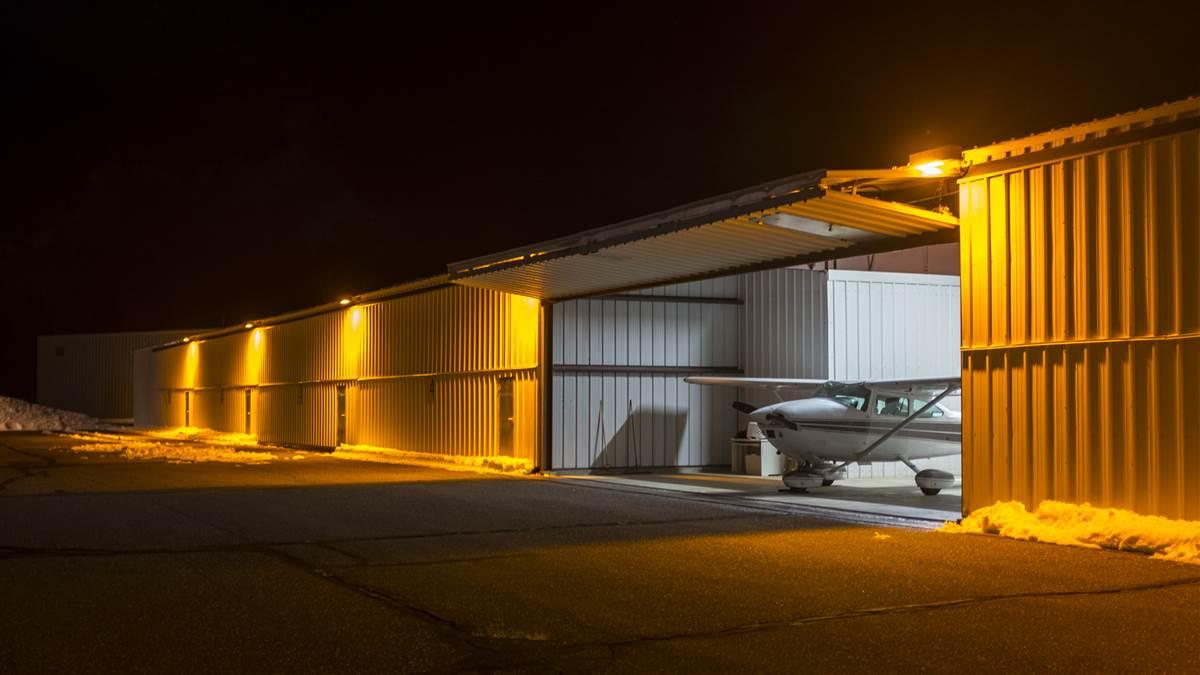 Parsing the rules of flying after dark

What is night? The answer should be simple. But look at the regulations and the issue becomes murky. The FAA says night is the time between the end of evening civil twilight and the beginning of morning civil twilight. When it’s dark, in other words. That’s the definition that determines when we need to have three takeoffs and landings within the previous 90 days in order to take passengers. But to gain that currency, we must complete the practice between one hour after sunset to one hour before sunrise. Oh, and you’ll need navigation lights to do it. But turn those on at sunset and off at sunrise. Simple, really.

I scan the flight controls with my flashlight, and perform an extra-thorough engine runup. Then I squelch the butterflies and taxi onto the runway. Sure, our little city will appear on downwind to base, but every other direction will be black, black, black. Instrument flying skills will be required, and takeoffs will be anemic at Flagstaff’s 7,000-foot elevation.

First circuit: When possible, I time night flights when moonlight offers a glimpse of terrain, but this month’s opportunity was fogged out. So I launch into utter darkness. It’s warm this evening, and at a nearly 9,000-foot density altitude, the airplane is sluggish. Slowly I skitter aloft, accelerating in ground effect to climb speed. Hardly off the ground, I punch blackness beyond the runway. There are invisible pines and foothills down there, and nearby lurks 1,000-foot-high Woody Ridge.

Agonizing moments later, I turn crosswind over car lights on Interstate 17. Not only does the highway offer emergency haven, but climbing over lights in hilly or mountainous terrain confirms where the ground is.

Finally leveling at pattern altitude on downwind, I reduce power. Engine roughness! Thankfully, carb heat cures it. I key the mic five times to sustain those reassuring runway lights, and for a blissful moment survey the sparkling city before refocusing for my first landing.

The challenges of piloting never end, but neither do the rewards of overcoming them. Hurtling through blackness, I ponder how close to the edge this activity takes me—and how thrilling that is in a mostly safe and sane world. I reduce power turning final, in hopes of touching down early enough to accommodate a “stop and go.” If not, I’ll taxi back for the next takeoff. Ugh! Descending too fast, I reapply power to stabilize approach for a firm but acceptable landing. One down, two to go!

Night competence adds fun, safety, and utility options when you need them, and it enhances general piloting proficiency.Second circuit: Takeoff feels slightly less intimidating this time. My Flying Carpet purrs like a kitten, and I survived the first circuit, didn’t I?

The regs require three night takeoffs and landings every 90 days to carry passengers after dark, but that’s hardly enough. Always before currency sessions I ask myself, “Must I really do these?” but then I’m decisively humbled upon taking flight. Following the first shaky night pattern, however, comes pleasure and pride in improving it.

New pilots often stick with day skies until they feel a need, then return to master the nights. But once comfortable under starlight, they’re hooked. Occasionally you’ll hear pilots say, “Why waste the effort and money to stay night current? I don’t plan to fly at night.” But night competence adds fun, safety, and utility options when you need them—and it enhances general piloting proficiency.

Enough daydreaming…. It’s time for my next landing. This time I accomplish a nice, stabilized approach, but drop in the flare with a thump. OK! I’m gonna make the next one perfect!

Third circuit: My third takeoff and climbout feel nearly “normal.” Relaxing a bit, I recall treasured sights from years of orbiting the night pattern—camaraderie with the moon in all her phases, city lights spread below like spilled stars, and snow-covered ground inverted under black sky by starlight.

I’ve learned things, too. One sparkling night I dug out the hangar following a snowstorm, extracted the airplane, and phoned for weather.

“Surface winds are calm,” said the briefer, but in passing he mentioned 42-knot winds at 9,000 feet. What? Surely that couldn’t be correct just 2,000 feet above ground on such a tranquil night.

I phoned the control tower requesting turbulence or wind-shear reports. “None that I’ve heard,” the controller chuckled. “It’s beautiful out there.” (I didn’t think to ask if anyone else had been flying.) He then closed the tower for the night in the same transmission as my initial takeoff clearance—if only he’d stuck around for a pilot report. Whoa!

The Flying Carpet yawed as her wheels left the ground, bucked wildly as I struggled for altitude, and then rocketed through downwind under a monster tailwind. I must have drifted half a mile turning base! Lesson learned: Even as surface winds calm after dark, winds aloft often intensify. No more flying on such evenings!

I’m returned to the present by a Lifeguard King Air reporting inbound. Noting potentially disorienting haze around my landing light despite a healthy temperature/dew-point spread, I extend downwind for spacing rather than circling. Then, following a long final over the glistening lights of town, I nail the final landing.

After shutdown, my heart rate eases in harmony with the tune of gyros winding down. Even after years of piloting, night landings remain tough, beautiful, a little scary, and immensely rewarding. What’s more, in less than 30 minutes aloft, my preflight apprehensions have been displaced by a single thought: I can’t believe we get to do this! 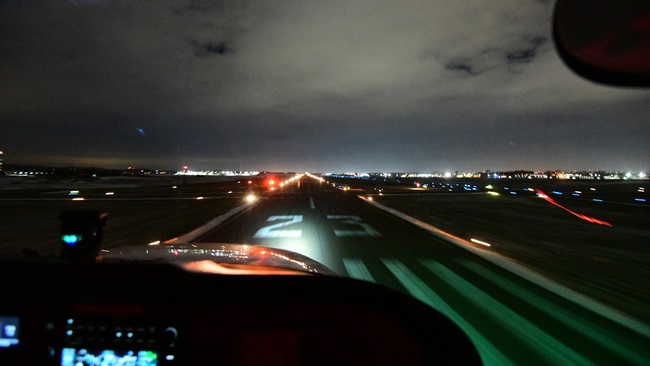