Get the app Get the app
AOPA Members DO more LEARN more SAVE more - Get MORE out of being a pilot - CLICK HERE
News & Media Redbird Migration fosters ideas, enthusiasm

Part customer meeting, part big-idea conference, part team-building retreat, the Redbird Migration Flight Training Conference again this year proved to be an event unique to aviation. The sixth annual event held Oct. 24 to 26 at the company’s Skyport fixed-base operator in San Marcos, Texas, featured everything from a model airplane contest for participants to acting as the host for AOPA’s Flight Training Excellence Awards. 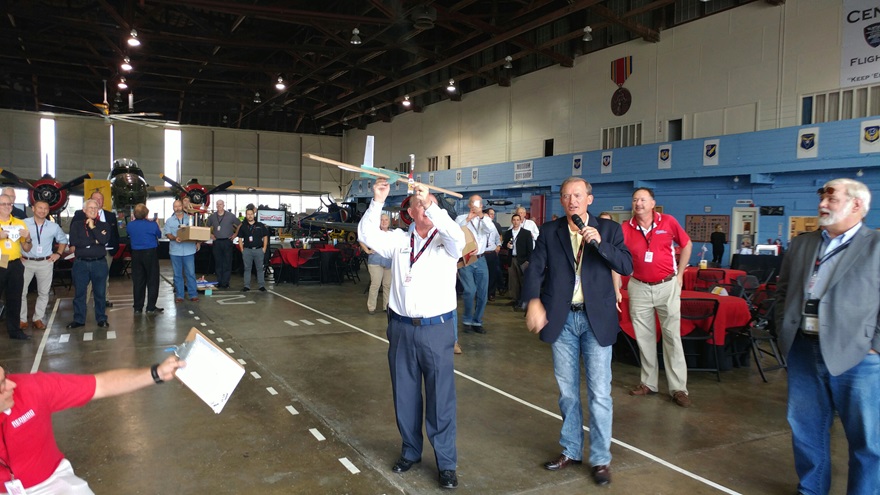 Now in its sixth year, Migration remains at its core a customer meeting. It’s free to attend, meals are provided, and there are plenty of simulators around for attendees to try—and time in the schedule to buy.

The event always features one speaker from outside the training industry. Usually the focus is on marketing or instruction from unrelated businesses, with the idea that attendees can apply those concepts to their schools. This year PASSUR President and CEO James Barry spoke about the importance of big data. “Those things that you can measure, you can enhance,” he said. PASSUR’s impact on the airline industry is well established, but Barry says he sees an opportunity for big data to come to general aviation as well. And for flight schools, measuring basic trends such as completion rates can go a long way to improving the quality of the product.

A Migration wouldn’t be complete without some news out of the host. President Jerry Gregoire announced he will be stepping down Jan. 1 and handing the role to Charlie Gregoire. Todd Willinger will stay on as CEO and Jerry will take on the role of co-chairman alongside former AOPA President Craig Fuller.

Gregoire also announced that 2017’s event will be at the EAA Museum in Oshkosh, Wisconsin.