Get the app Get the app
AOPA will be closed July 4th, in observance of the Independence Day holiday. We will reopen at 8:30 am ET on Tuesday, July 5.
News & Media Upset recovery company to do Army training 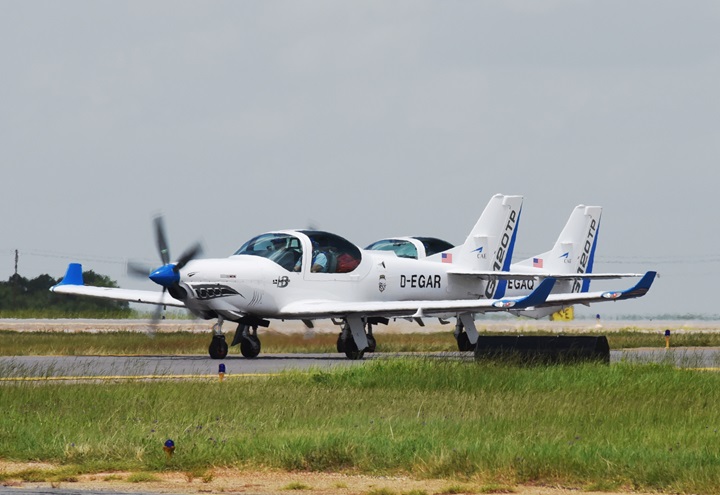 Grob G120TP turboprop single-engine aircraft and a C-12 Kin Air full-flight simulator will be used to train instructors how to prevent loss-of-control accidents.

The contract was awarded for the U.S. Army Fixed-Wing Flight Training Program in Dothan, Alabama. The goal is to show instructors how to conduct training to prevent loss-of-control accidents. APS will base two senior instructors at CAE’s Dothan Training Center where they will certify a portion of CAE instructors for training in Grob G120TP turboprop single-engine aircraft and C-12 King Air full-flight simulators. More than 100 CAE instructors at commercial training centers and flight schools have completed similar training.

The program at Dothan features live-flying training to aid Army rotary-wing aviators in their transition to fixed-wing aircraft, as well as training entry-level fixed-wing students.

The center has six of the Grob aircraft and four CAE simulators for the C-12 King Air. The simulators can capture airplane upset events during training for postflight debriefing.

APS was founded by a former military pilot who realized civilian pilots are trained quite differently than military aviators and could benefit from upset training. The company has locations in Phoenix, Dallas, Netherlands, and a licensed provider in Riyadh, Saudi Arabia.